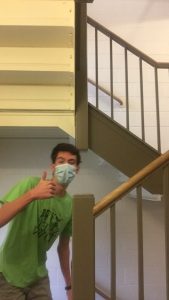 Abraham Holtermann is a music enthusiast from the Chicago suburbs. He can usually be found finishing his Physics homework in the early hours of the morning and sleeping until classes start. When he isn’t doing any of those things though, it’s a safe bet that he is miles away, deep in one of the many spotify playlists that have become soundtracks for everything from long distance running to (surprise, surprise) writing WPGU articles. His goal is to widen and deepen your (and his own) appreciation for all aspects of music, sound and rhythm. 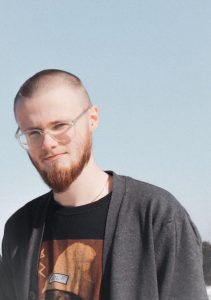 Aidan Michael Stephen Mueller is a Linguistics student with a fascination for modern pragmatics, creative media, and linguistic anthropology. His hobbies include writing essays and creative fiction, listening to new music, and putting together collages in Photoshop. He keeps it in mind that on the other side of the screen is another human being reading and digesting what he has written and strives to connect with them. His goals are to make connections and strengthen them through honesty and trust. 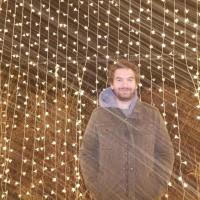 Brenden is a junior studying Engineering Physics but always finds time to listen to new music. Often trying to hit as many concerts as he can in Chicago, you can find him either trying to discover a new album to hit repeat on for the next week or taking comfort in the same songs from the Mountain Goats again. He both loves to write about this music on the WPGU website or talk about it on-air on Writer’s Block, and just enjoys sharing new discoveries and learning about something new himself. 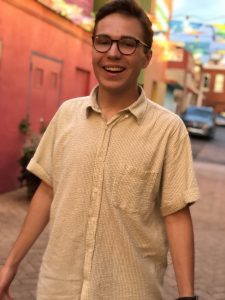 Coming from the barren realms of southern Illinois, Brennen Thomas has always turned to music to find comfort in all circumstances. Having nothing to do but drive around and listen to music for most of his life, he has acquired a diverse and immaculate taste of music that includes everyone from Lorde to 100 gecs. As a Chemical and Biomolecular Engineering student, he has very little time to do anything but study, but in his free time he enjoys exploring campus and the surrounding towns, embroidering, and hanging with his friends. 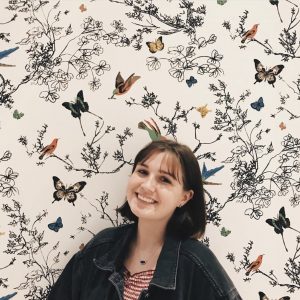 Brigid is a Music Technology major from the Chicago suburbs who spends too much time on Soundcloud. When not losing her mind in the Experimental Music Studio doing class projects, she can usually be found doing one of two things: arguing about pop music on Twitter, or making Spotify playlists for extremely niche situations. She is very passionate about non-mainstream pop music, specifically hyperpop, but loves all genres. Despite regularly wearing Doors and Strokes shirts, her top Spotify artist of 2019 was Yung Gravy, which is essentially all you need to know. 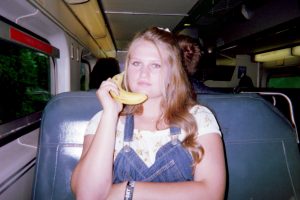 Emily (she/her) grew up in Loves Park, IL and completed her undergraduate degree at the University of Illinois in May 2020. Now, she is a first-year M.S. student in the Department of Natural Resources and Environmental Sciences. She studies energy governance with a specific focus on the politics of the Dakota Access Pipeline in Illinois and Iowa. When Emily isn’t crawling through the insane amount of reading and research that comes with being a graduate student, she enjoys collecting records, attending concerts, and dreaming about running through the streets of New York while David Bowie’s “Modern Love” plays in the background. 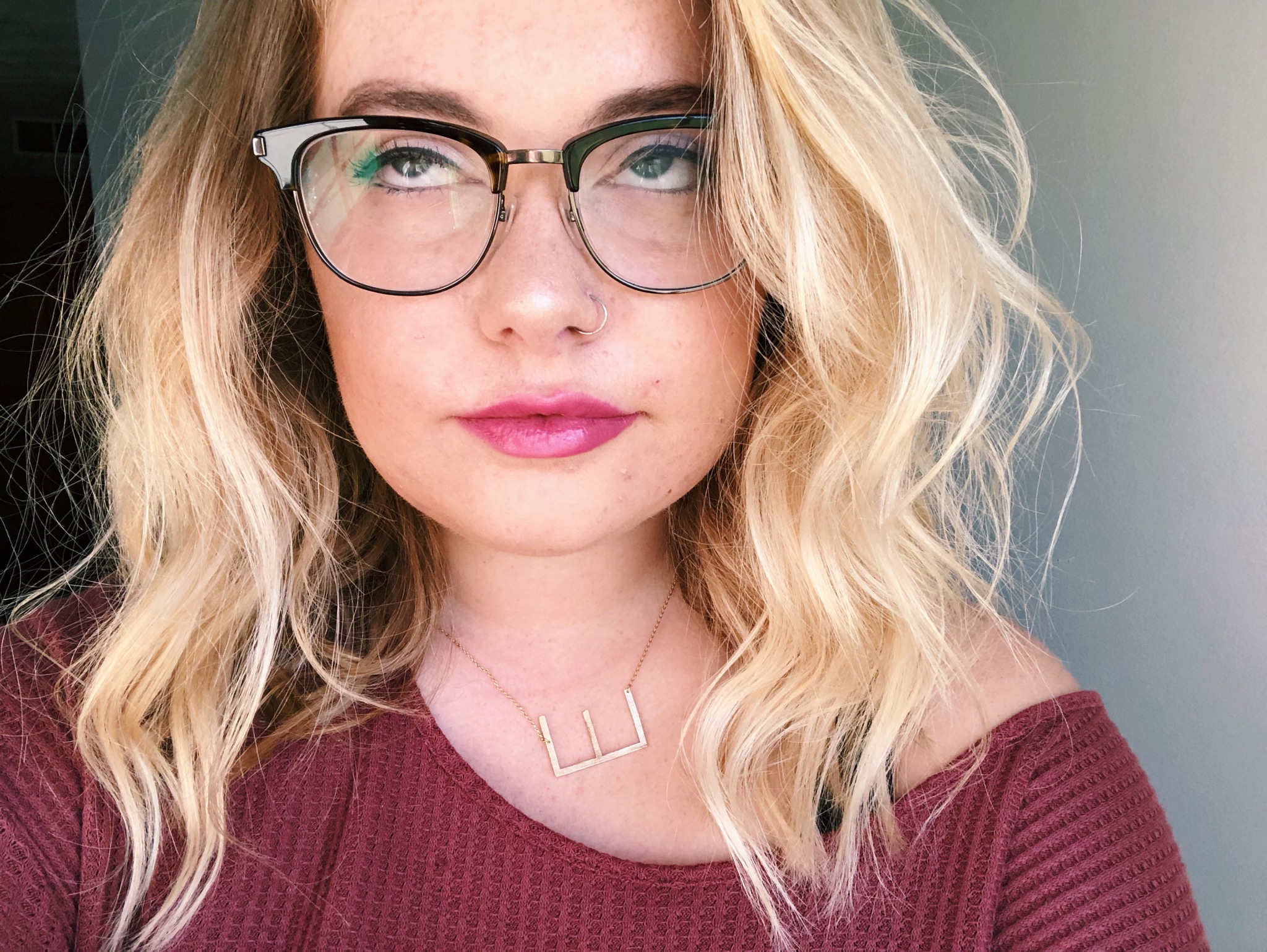 Emma hails from the great city of Saint Louis, which explains her love of toasted ravioli and calling it “Bread Co” instead of Panera. Spotify playlists are her bread and butter- she has a new one for every month. Emma loves to find new music and introduce it to her friends- calling “aux” in the car is a way of life at this point.  Besides music, you can find her scrolling her way through Instagram or at a piercing shop (is a nose piercing a personality trait?). Jalapeno Cheetos, alternative rock bands, and dogs with funny human names are the way to her heart.

Evan is a freshman from Hinsdale, Illinois studying business who can be found with a guitar at any given time of day. His favorite music genres include punk, post punk, psychedelic, and prog rock. He had a brief stint in a punk band, and enjoys listening to and making many types of music. He is also the Vice President of the Fighting Illini Bass Fishing Club. 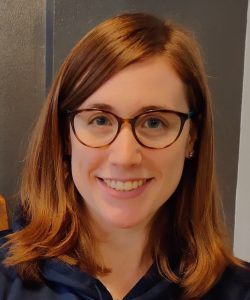 Katie is a junior studying Computer Science, Music, and Electrical Engineering. She is
passionate about many musical genres including classic rock, pop, and video game/movie
soundtracks. In her free time, she can be found playing the piano, composing music, and
programming. She hopes to work as an audio engineer, producer, or game designer in the
future. 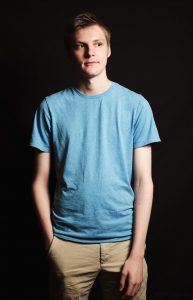 Leo is an Econ major from the north shore who enjoys listening to random albums he sees online. With a shuffle playlist of 2500+ songs, it is clear that he either like all kinds of music or has no idea what his taste is. Having parents that come from a background in radio as well as having played guitar from a young age, Leo has been exposed to different kinds of music his whole life and enjoys talking about it a little too much. Leo can usually be found listening to Spotify while playing Super Smash Bros. Melee. 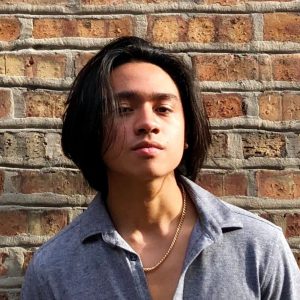 Marco Landaverde is a freshman from Chicago studying Psychology. Taking an interest in music from a young age, Marco has spent most of his teenage years honing his skills as a musician, producer, and songwriter. With his growing interest in recording arts and the creative process, it is Marco’s goal to offer readers a wide range of creative perspectives. He has an ever-evolving music taste, with influences ranging from British alternative to the L.A. beat scene. In his free time, he enjoys performing on stage and playing soccer with his friends. He also satisfies his itch for music creation through his musical side-project, Ocean Child, in which he writes and records original material. 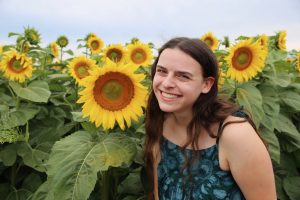 Margot is a freshman from the Chicago suburbs studying Political Science. When she is not studying, she’s probably watching Gilmore Girls for the fourth time through or geeking out about music like Lane Kim. With roots in rock and folk, she has developed an encompassing taste in music, ranging from Elliott Smith to King Gizzard & the Lizard Wizard to Charli XCX (which she has a groupchat called Charli TeXtCX). In tune with the Chicago music scene, Margot enjoys attending concerts regularly and buying vinyl from local record stores. 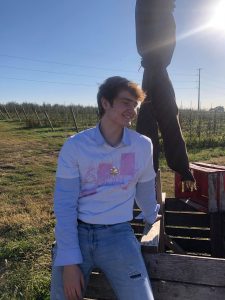 CS student by day, Brave Little Abacus stan by night, Max is a freshman who heard In the Aeroplane Over the Sea once and decided to spend the rest of his life scrounging the internet to find albums that would make him seem cool. Traversing down the genre rabbit holes of Midwest emo and experimental hip hop, he found a certain niche within internet rap scenes such as hyperpop, surge/hexd, cloud rap, and whatever this (emo rave?) or this (kawaii blackgaze?) or this (gothic country noise trap?) is. He spends his free time making music in whatever genre he likes at the time under the name monom. 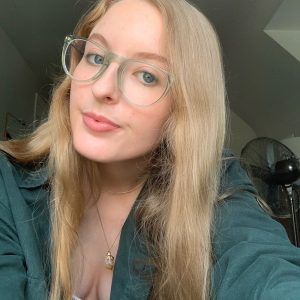 Moira is a biochemistry major from the south suburbs of Chicago, and while she isn’t listening to the lofi hiphop beats livestream while studying, she can be heard AUXing anything from her favorite artist Clairo, or her favorite Chicago indie artists such as The Slaps, Twin Peaks, and Lala Lala, all whom she’s had the pleasure of interviewing. Other than listening to her favorite artists, Moira enjoys creating oddly specific playlists, such as songs with fruit titles or anything with the color green in the title. If you need Moira, she can probably be found sipping an iced lavender oat milk latte at Cafe Paradiso in Urbana.

Natalia Fic grew up in the Chicago suburbs, spending almost every summer in Poland. She is studying Psychology and Spanish with a hope to pursue civil rights law. In her free time she enjoys playing guitar, collecting records, and riding her bike around the cornfields on campus. Her favorite artist is J Dilla, and she enjoys listening to 80s and 90s hip-hop more than anything in the world. 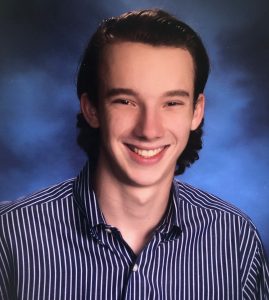 Nick is a Political Science major from Elmhurst, Illinois who is obsessed with listening to new music almost as much as he‘s obsessed with wasting all his money on concert tickets to any show in his vicinity that sounds even mildly interesting. Just as he loves to play just about any sport (except hockey), Nick loves to listen to just about any kind of music (except country). His personal favorite music genres are hip-hop and psychedelic, indie, and alternative rock. Nick has also played the upright bass in an orchestra for eight years, and he will probably go deaf because of all the concerts he goes to before he ever even gets the chance of becoming a lawyer. 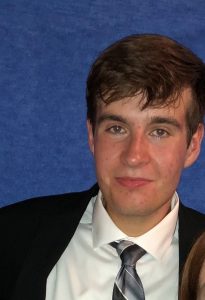 Nick comes from the south suburbs of Chicago, where the only thing more abundant than open space is alternative country. You can catch him walking around campus listening to any form of rock, while also making ‘get-pumped’ faces in order to prepare for the next midterm he has to take. His favorite music includes any number of alt-rock or classic-rock artists, but he has always had a soft spot for post-rock. When he is not listening to music, Nick enjoys badminton and condescendingly discussing art. 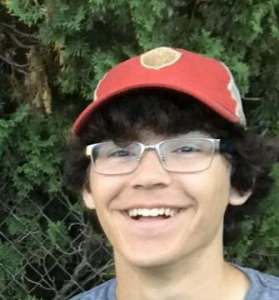 Peter is a freshman studying at the Gies College of Business from Arlington Heights, IL. He’s an avid Bears fan and could play Yahtzee for hours. Peter’s a lover of anything indie and when not sitting in his room listening to music, you can catch him biking to music instead. His favorite artists include The Beatles, Weekend, and Björk. 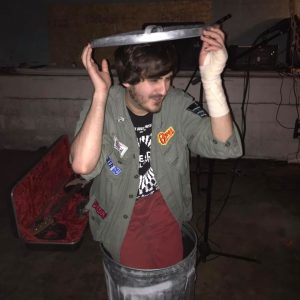 If it’s loud, Ryan’s there. Excited by the prospect of getting tinnitus, Ryan treks from show to show, searching for the perfect sound to lose his hearing to. Punk, experimental, shoegaze, and jazz are all inherently loud genres, and thus are some favorites of his. When he’s not in a pit, you can find him studying vigorously to become a paleontologist (asleep in the NHB). Other interests include: saying “ya’know?” superfluously, impersonating Paul Westerberg saying “Hormones”, and crying to Hospice by The Antlers. 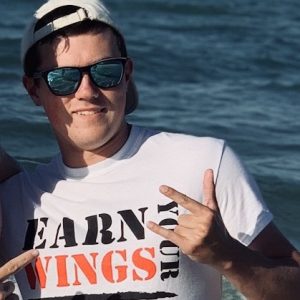 Hailing from the suburbs of Naperville, Illinois, Ryan is majoring in Industrial Engineering and making way too many Spotify playlists. His main music interests are hip hop, rock, and anything that isn’t country. He hopes that in the next few months, live performances will come back, and if they don’t he may go insane. If he isn’t listening to music he’ll be in a pool with the Illini Swim Club or gaming with Iliini eSports. 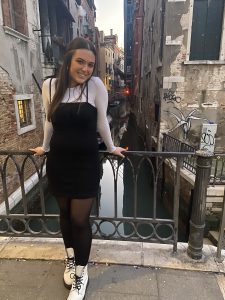 Sophia comes from a small-ish Northern Illinois town called Hampshire, so small her grandparents met
at the same high school she went to. That being said, music was always an escape and driving around
blasting old pop songs with the windows down with friends in tow was the highlight of Friday nights.
Sophia is in her fourth year at UIUC studying Supply Chain and Marketing. Her studying playlists include
everything from EDM to classic Frank Sinatra. Besides the obvious hobby of attending music shows, she
enjoys vegan cooking, crossing national parks off her bucket list, adding to her IMDB list of movies
watched, and spending time with friends that have great music recommendations.

Zona is a Computer Science and Geography/GIS major, and when she’s not hunched over her computer or studying, you can find her playing water polo, beating a previous GeoGuessr record, watching Russian movies, or listening to a variety of music. She grew up in Urbana and often spent her summers in her parent’s home country Serbia. Her favorite artists include LCD Soundsystem, Amy Winehouse, and Slowdive, as well as various Eastern European groups like Plavi Orkestar, Kino, and Molchat Doma.