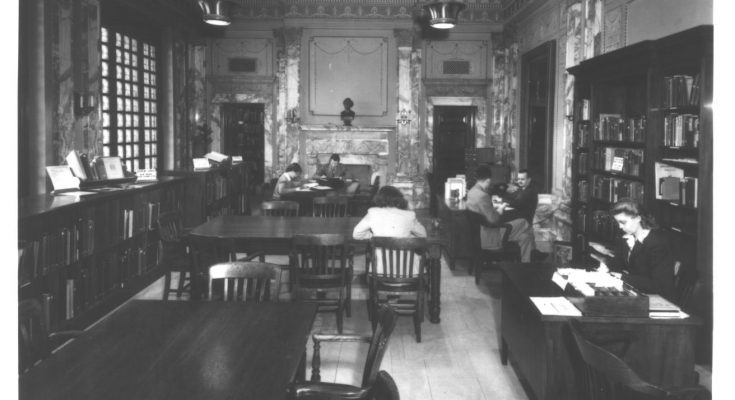 From the Black Chorus to the Electronic Music Studio, the School of Music at the University of Illinois in Urbana-Champaign has long distinguished itself as one of the country’s premier music programs. In celebration of Illini Month, WPGU would like to highlight this department’s breadth in history and achievement. The School of Music currently boasts over 700 music majors spread across five music buildings, 47 ensembles, and 125 years of operation. The program has also produced more than 35 Nobel Laureates and Nobel Prize winners to date, with undoubtedly more to be anticipated in these coming years. However, it is just as worthwhile to look backward and appreciate the School of Music’s humble start.

In 1895, the School of Music formally opened at the University of Illinois. The department attributes this development to the university’s desire to attract more female students, and so a Ladies’ Glee Club numbered among its eight ensembles. First-year enrollment professed only 45 students (roughly 5 percent of the program’s current size), though the musical presence on campus was far from insignificant. The university had employed music teachers since the1870s, and in 1893, 60 members of the all-male Military Band performed at the World’s Columbian Exposition in Chicago. Formed two years later, the School of Music intended to further this narrative of music achievement.

Between 1902 and 1903, band director Albert Austin Harding introduced the first “open-air band concerts” (i.e. the Marching Illini) as well as the iconic “Block I” formation. The School of Music also credits Harding with the astronomical growth of the music program; by 1918, the band grew from 30 members to 215. His triumph established the Marching Illini as one of the earliest great college bands, an attitude, and achievement which continues today.

The School of Music continued to grow over the last century, finally attaining the same level of respect on campus as its fellow colleges and departments. The program attracted numerous innovative musicians and prompted the construction of Krannert Center in 1962. Since then, the university has both produced and enjoyed numerous artistic performances, whether student-produced or enacted by guest performers. The Krannert Center remains an integral part of the Champaign-Urbana community and a testament to university achievement.

In the School of Music’s Message From the Director, first-year director Dr. Jeffrey Sposato identifies the school as “a place where bright, motivated music students can have it all.” Considering its illustrious history and numerous resources, no summation could hold greater accuracy. The School of Music has more than earned its legacy.