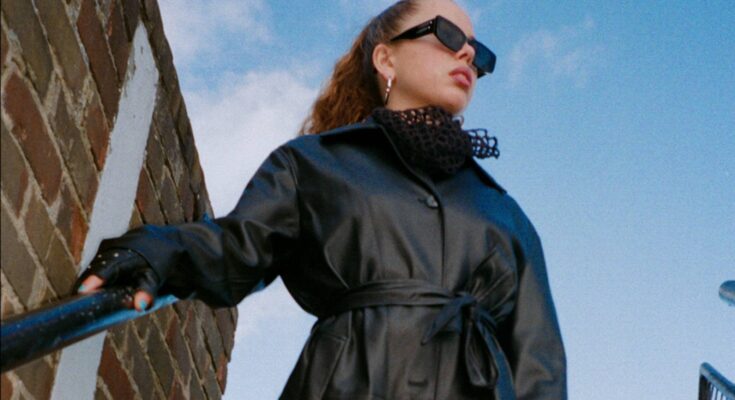 Sitting down at a dirty break room table, waiting for the clock to hit 11:00, my phone rings with a number based out of Los Angeles. Anxiously, I answer.

“Hello! Are you ready to connect with Nilüfer?”

“Yep,” I reply, my voice cracking.

“Hello Brennen,” a sweet voice calls out over the phone. Immediately, my nerves shift to pure excitement.

PAINLESS, British indie-rocker Nilüfer Yanya’s sophomore album, is a project rooted in tension. With lyrics that build anxiety and music that shifts back and forth, the album succeeds in its dichotomy of human emotions.

As the opening percussion enters on opener “the dealer,” one feels a sudden sense of movement: all things go, all things change. A crunchy guitar enters, hammering home the idea of transience. Building, her airy vocals enter, lamenting the passage of time, but also welcoming it. “Call somebody since nobody stays/ I might end up here all alone/ In this mad rush,” she sings, describing how the seasons change. The music video for “the dealer” further paints this picture of movement. Confused for the direction of the video, Yanya turned to her sister, “It’s about the passage of time, the seasons changing,” she described. From that, they imbued the video in hallucinogenic visuals that depict the four seasons. With this quality of change, “the dealer” serves as an potent introduction to the themes of the album: there is pain in heartbreak, but nothing stays the same.

This adaptability is heard throughout the music, but when asked about the process of music making, this quality carries over. “I usually start with the chords, then from that pick out a melody. The writing flows from the sound of the music,” Yanya describes of her music making process. “The lyrics I try to make fit into the sound.”

This willing flexibility is also carried out throughout the sounds on the album. Featuring a multitude of genres, PAINLESS is a study of rock, past, present, and future: “I knew that I wanted to explore a lot of different sounds. Will [Archer] and I came together to make it happen.” This exploration of genre is evident as the album takes on multiple different forms in its 47 minute run time. Transitioning from skater rock, to shoegaze-infused ballads, to sunshine-filled indie pop, Yanya refuses to be pinned down. She also makes her inspirations clear. When asked what she grew up listening to, Yanya threw out Pixies and blink-182, two obvious inspirations for the sounds on the album. She also mentions Nina Simone, whose soulful music is clearly heard on “try” and “trouble.” Effortlessly channeling her muses while making it her own, Yanya proves to be a master in genre.

Her mastery extends to the writing on PAINLESS as well. Lyrical perfection exists on album highlight “midnight sun.” In a soft, whisper-like croon, she sings “You’re my best machine/

You’re my midnight sun/ Always I did it for you,” before exploding into a feedback-filled cacophony of sound. Hitting a little too close to home the willingness to uplift others at the risk of tearing yourself down, Yanya describes the real pain of losing someone you love, where all attention is good attention. This theme of giving oneself up is omnipresent, but does not consume the album. After the halfway point, Yanya’s spirits rise, as she regains her composure, realizing things will get better. “company” sees Yanya picking herself up: “I tried to lose his company,” she sings, wanting to move on. Shifting between lyrical themes, Yanya encapsulates what it is to move on, creating a sense of hope on an otherwise dark album.

Listening to the studio recording of the album is bliss, but Yanya feels that the music takes on a different form when performed live. Surrounded by a band and audience, she “loves the reprieve” of live music: “I don’t know, I guess with the music industry, there’s just all this pressure to be making an album, videos, promoting the music, whatever, but performing live just takes a break from that.” With the tension of the album, one can imagine that releasing it live would feel nice, as if you finally feel free.
In the closing of my time with Yanya, I felt the need to ask about color and its connection to her music. Describing how I often connect a certain sound with a certain color, I pondered with her if she had in mind any specific palettes when creating PAINLESS. Although her intent was not to saturate the music with color, she did throw out gray, blue, and green. Specifically the colors I had in mind when listening to PAINLESS, I realized the magic of her music. While hyper-specific and personal, her feelings are what allow her to connect to the audience. By packing in these details, the listener finds their own personal stories inside of her music. The music exists almost in a realm of its own. “I wanted to create this fantasy city out of photos I took on my phone. The collage represents my vision for the album,” she tells me of the album art. Her intent is visionary and PAINLESS more than transported me there. 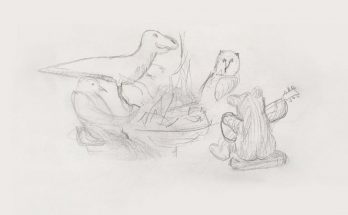 Album Review: Dragon New Warm Mountain I Believe in You by Big Thief