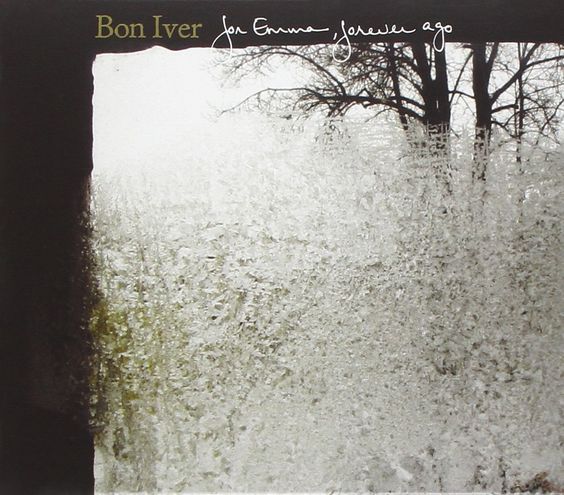 “For Emma, Forever Ago,” the debut album of indie folk band Bon Iver, recently celebrated its 10 year anniversary. While the album was originally self-released by singer-songwriter Justin Vernon in July 2007, it was widely released by Jagjaguwar in February 2008. Vernon wrote this album after being frustrated with his songwriting and life in general. “For Emma, Forever Ago” propelled him into a two year album tour and eventually became certified platinum by the Recording Industry Association of America. Vernon created this 37-minute album as a self-examination when he was at his breaking point, and I personally find it to be enjoyable whenever I need calm music or when I’m feeling extra introspective.

After spending about three weeks in his dad’s hunting cabin in Wisconsin, Vernon found inspiration in the lonely and cold Wisconsin winter. He wrote and recorded songs in 12 hour bursts, layering vocals and using Auto-tune on his voice in some. The hard work put in “For Emma, Forever Ago” shows so clearly in the songs. They all carry a rugged, isolated feel.

The album starts off with “Flume,” a quiet, guitar-filled song that captures the sound of the album. Imagery floods the song, with lyrics like: “leaving rope burns / reddish rouge.” After a brief instrumental, the guitar and vocals come on powerful and loud, bringing the song to a strong close.

“Skinny Love,” Bon Iver’s most famous song, comes in at song number three and describes a shallow relationship that is slowly falling apart. The tinny guitar throughout the song carries such a distinct sound along with the powerful lyrics sung by Vernon. “Skinny Love” has inspired so many other artists like Birdy and Ed Sheeran to record covers.

Bon Iver uses Auto-Tune unexpectedly throughout songs such as “The Wolves (Act I and II)” and “Blindsided.” This use is not an obnoxious overuse, in fact, Bon Iver’s usage of Auto-Tune adds to the quality of the songs. Vernon’s songs carry such a unique and soothing sound which the Auto-Tune complements.

Near the end of the album is “For Emma,” one of my personal favorites of the album, and also the most upbeat song on the album. It begins with the blaring sound of horns which should definitely feel out of place in the quiet and isolated album. Surprisingly, when paired with Vernon’s quiet vocals and steady guitar, the horns fit in just fine. The upbeat nature of “For Emma” shows a sliver of light in the dark and quiet album. After dispelling rumors he wrote many of the songs on “For Emma, Forever Ago” for his ex girlfriend, Vernon told fans that “Emma” is not a person but rather a place one gets stuck in. The ending lines of “I toured the light; so many foreign roads / for Emma, forever ago” implies he has found his way out of the darkness and, therefore, out of “Emma.”