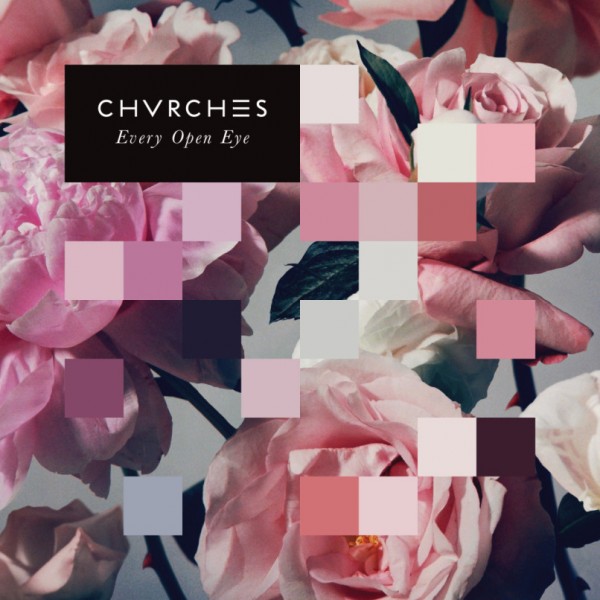 My claim to alternative-rock-fame is from a few months ago when I tweeted, “In love with the new @CHVRCHES song let’s never turn it off” and the band favorited the tweet. And when I sent a follow-up tweet about my excitement, they favorited that one, too. If they were so forwardly appreciative of that simple sentence of praise, maybe today, when I inevitably go on a Twitter rampage over their new album, they’ll send me a fruit basket. It’s just that Every Open Eye is an amazing album, which I would similarly like to never turn off.

The album opens with “Never Ending Circles,” which sounds like a welcome doom, with synth beats and crystal-clear notes cascading through your ears like an avalanche. Immediately, CHVRCHES reestablishes themselves as the group that is able to perfectly dip their feet in multiple genre pools: Alternative rock meets pop meets techno meets bubblegum bombastic. The music is so diverse that during “Keep You On My Side,” I felt like I was listening to Taylor Swift’s “All You Had To Do Was Stay” in a Cure-meets-New-Order style.

“Make Them Gold” and “Empty Threats” are definitely two of the most outstanding songs from the already near-impeccable album. The first is fast in instruments, relaxed in vocals (with surprise dips and drawls during the verses) and inspiring — this is the song to which a film’s hero iconically runs through New York City streets. Plus, it continues the ’80s motif laced throughout the album. The later track has more of a pop-influence, while still maintaining pulsating uniqueness and vocal bravado that keep it niched in its alternative home.

CHVRCHES is known and remembered for Lauren Mayberry’s fairy-like vocal expertise that delicately, while without fragility, lilts and sounds like it’s strung carefully above the instruments. Her voice is perfectly laced into every song she touches, but “High Enough to Carry You Over” is an impressive show of Martin Doherty’s talents as a hidden vocal gem. The song is dark and cadenced — repetitive as a mantra.

“Afterglow” is the album’s lovely and melancholic final track. It sounds like an explanation and a plea with somber, complimentary instrumentals that are purely designed to highlight how pure and talent-ridden Mayberry’s vocals truly are. The song climbs slowly in the style of Phoenix’s “Love Like A Sunset Pt. II.” The album is executed like a talented, sly break-up, in that the messages certainly aren’t the happiest, but you forget about the meaning just because the songs sound either happily catchy or like a matured, driven angst.

Last year’s Pygmalion Festival performers most certainly skipped out on the sophomore slump; this album shows even more expertise and capability than 2013’s The Bones of What You Believe. All eleven tracks (and the three bonus tracks which are equally a must) are invigorating and addictive. So yes, CHVRCHES, please let’s never turn this album off. I don’t foresee anyone getting sick of it anytime soon.