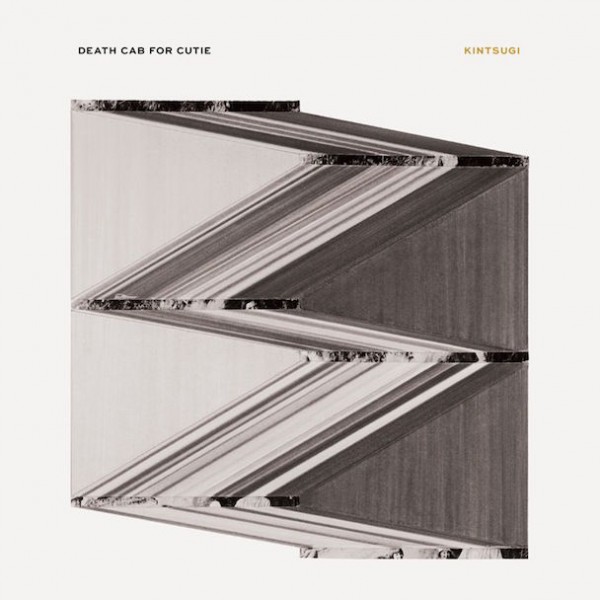 A long awaited release since Codes and Keys in 2011, Death Cab For Cutie has finally released their eighth album Kintsugi. Sad-sap singer-songwriter Ben Gibbard has always been known for his melancholic coming-of-age lyrics, sound tracking the life of young teenage lovers and rebels alike, but alas everyone has to grow up sometime. Kintsugi tells a different story in comparison to the band’s past themes of chasing young love. It is a vague and imaginative diagnostic of a relationship pulling apart, and quite possibly an album depicting the difficulties of divorce. The band, not just Gibbard, is hurting, and it is something that can be heard. The band has not clearly stated the topic and subject of the album, but in the past Gibbard has commented on his lyrical writing that his first person references do in fact refer to a personal experience for Gibbard. Ironically so, almost all the lyrics refrain from first person references, but listeners can stay to their speculations. Amongst lyrics of a lost marriage is the music of a band struggling to keep it together. Multi-instrumentalist Chris Walla left the band earlier this year, but the group so far has managed to pull itself up and channel it all into a beautiful array of music.

Kintsugi is an album of heartbreak shown through a spectrum of sound. While Gibbard’s lyrics create an accessible connection for the listener to the meaning of the content, the instrumentals convey these messages in a less accessible and mature way. This pulls the music away from generic pop music and gives it a deeper level of meaning. “Kintsugi” is a word referring to the Japanese custom of fixing pieces of ceramics with precious metals, or giving value to previously broken art. The first few seconds of the album show references to the uses of exoticism in the music, right from the start. The synthesizer slowly builds in with sounds of a pentatonic timbered scale that pauses with a high-pitched beat, almost like a frozen heart beat. This is where Gibbard comes in for the first time with, “I don’t know where to begin/there’s too many things that I can’t remember”. A call to state the broken pieces, and over forty-five minutes of songs the sound of collaborative instruments bring together all the shattered pieces in new light, and with new value. Another track, “The Ghosts of Beverly Drive” gives show to its substance prematurely as well. While ghost-like vocals hum over the introduction, a fun summer-esq guitar riff comes out of the mist and recalls something that would be played at an outdoor party in Beverly Hills. This song mocks and gives some small insight on Gibbard’s distaste of the Los Angeles industry and what it has made of his marriage. This elegant and precise use of text-painting is what ties each song together and makes this album more than just another pop record.

The token single track from the album, “Black Sun”, starts clean and simple, but continues to layer many surprising sounds and expressions from the guitar and synthesizer. From light dancing computerized sounds to a hard fuzz guitar feedback, each part of the song leads into a new twist or turn of the music all while under the repeated refrain, “How could someone so fair be so cruel”. While this track at first glance comes off as unassuming, when listened to carefully it can really surprise the ear. The famously-cliché band has proven their ability for survival in an ever-changing world.