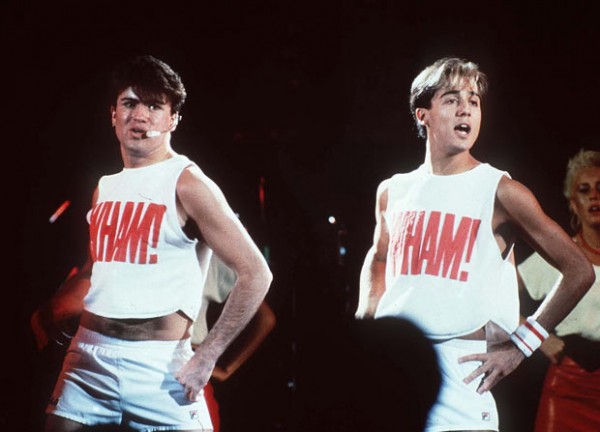 Initially Andrew Ridgeley and, of course, George Michael came together to form a ska band called The Executive. In 1982, they came to their New Wave-disco-pop-fusion sense, and Wham! was born. With guitarist Ridgeley as the band’s backbone (spokesman and image specialist) and singer Michael as the flair (composer and producer), Wham! was on the track to success.

Wham! released three studio albums from 1983 to 1986: Fantastic, Make it Big and Music from the Edge of Heaven. They became most notably famous for their hit single “Wake Me Up Before You Go Go” off the 1984 album Make It Big. (And for anyone who is slightly confused, yes, that is that one song from Zoolander …. Also aybe brush up on your 80s music knowledge? Please?)

“Careless Whisper” was also featured on Make it Big, though it was widely credited to George Michael as a solo effort when initially released as a single. This song went on to reach number one in almost 30 countries, including the United States!

Wanna check it out? Here you go, boys and girls!