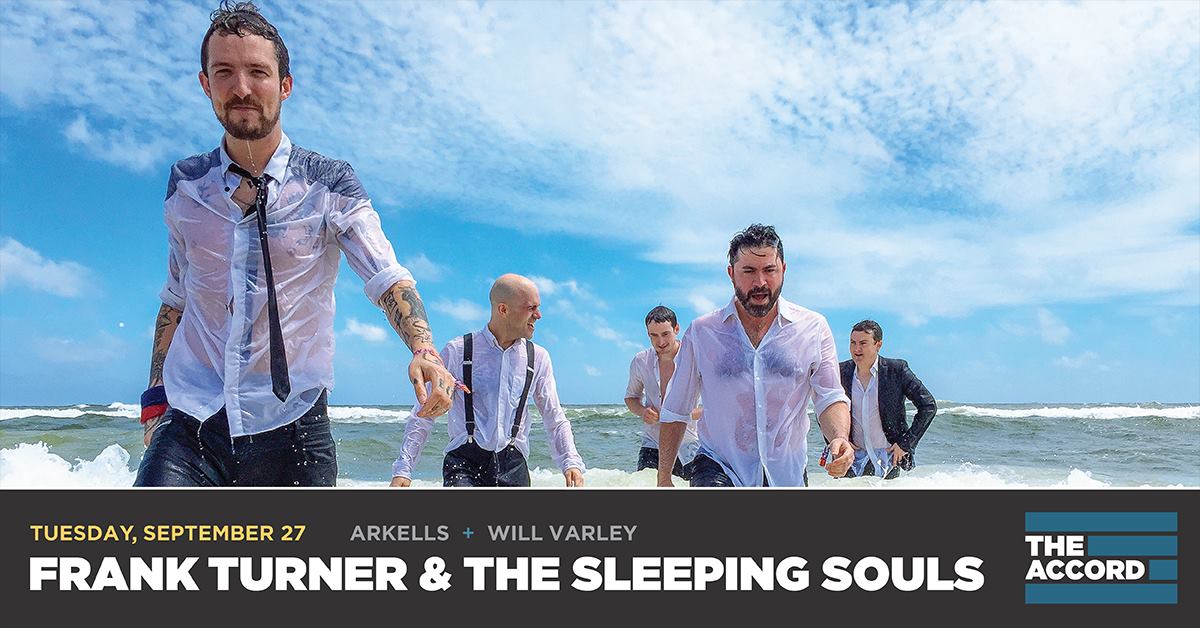 When we talked to Frank Turner, felt like “a bunch of arseholes.” That’s only natural when you crash some guy named Justin’s birthday party and end up kissing him on the mouth, becoming best friends with him, inviting him to your show the next night, and sending him on a crowdsurfing mission to collect two shots of Jameson and crowdsurf back. And that’s Turner’s community. It’s a raucous and wild and animated and exhilarated community — the key word being community.

We had the pleasure of talking to him at The Accord this Tuesday a few hours before his show. Somewhere between talking about playing four shows at Lollapalooza and talking about aspiring musicians, Turner stressed to us that music, especially in concert format, is an exchange and form of communication between the audience and the artist. He doesn’t want monologues and he doesn’t want some higher position because of his raised position on the stage.  He doesn’t like to talk about politics – aside from calling out an “orange racist” — and in a music world that is often too complicated, having this simple exchange, an exchange that we’re trusted to take part in.

The best part of the show was the symmetry of the messages of the two openers — the Arkells and Will Varley — with Turners. Frontman to the Arkells, Max Kerman, emerged into the crowd during the bands opening number to ensure there was enough dancing. Will Varley, after explicitly saying the importance of communication between artists and audience during a show, interrupted one of his own songs when he realized Tesco’s markets don’t exist in America. After deciding Walmart wouldn’t work with the line’s anti-hunting statement, someone offered him Shnucks (“Shucks?!” “No! Shnucks!”) instead.

The whole concert was about communication, which is especially crucial for hit-or-miss openers, who will likely be remembered by not only their music, but also they way they captivate their often lent audiences. They have to make waiting seem worth it. Both openers did an exemplary job achieving that.

Turner’s set was insane. There just isn’t a better way to put it — his jokes, his jabs, his honesty and his energy made the night so simply entertaining and infectious. If you didn’t know the words, you really wanted to. You cursed yourself for not heading to The Blind Pig last night to have a Heineken with Varley and Turner to just experience a little bit of the light and exuberance they project on stage.
Perhaps the best moment — aside from the beautiful stripped down version of “The Way I Tend To Be” or Turner playing a song requested via email from a man in Bangladesh who bought his girlfriend tickets to see tonight’s show from across the world — was the “wall of hugs” Turner coaxed the audience into. Find someone across the room, give them a hug, “and maybe we’ll create something meaningful tonight.” The communication within the audience, after all, was just as important, as he said later in the night “We’re a family here!”