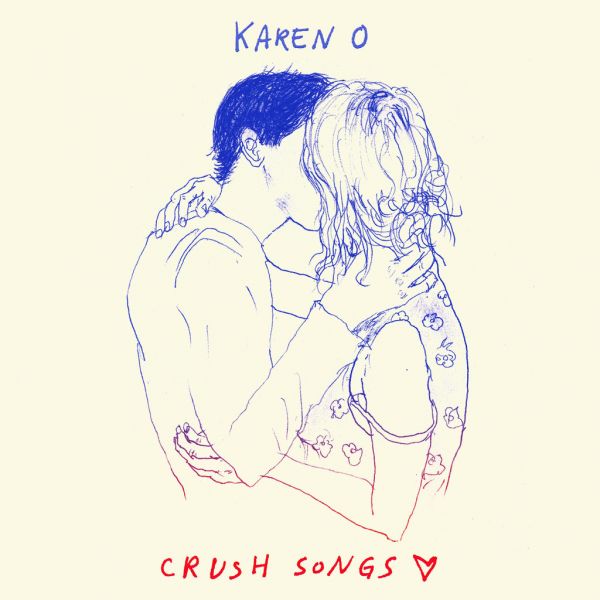 Front-woman for the Yeah Yeah Yeahs, Karen O., has gone solo with her debut album Crush Songs. It’s a pillow-talk kind of album, one which explores a lingering angst that managed its way into adulthood. Think Juno soundtrack, but lacking the certainty of a happy ending. Each song hardly making it to three minutes, Crush Songs is easily just one long ballad dedicated to unrequited love.

The album opens with “Ooo,” immediately setting the meter for the following tracks. It’s slow and tormented, and very obviously personal. The lyrics describe one person in particular, as Karen sings “don’t tell me that they’re all the same/’cause even the sound of his name/carries me over their reach”. Karen O’s style for Crush Songs becomes reminiscent of Kimya Dawson; it slips into a story-telling mode and becomes less about the delivery of the vocals.

The rest of the album is almost indiscernible as separate tracks, with some change of pace in songs like “Visits” with a synth drum, the anguished screams in “Body,” and the minute and twenty-eight seconds of silence at the end of “Native Korean Rock.”

“Rapt,” and “Day Go By” carry some of the defining features of album as they are true to the intentionally muffled vocals and quirk, but they fall short because they are virtually repeats of songs which precede them. By minute five of Crush Songs, it’s obvious that much of the creative process in making the album consisted of looking at old photos and a concerning amount of Facebook stalking.

With a suitable vibe, Karen O’s album makes the right soundtrack for a low-key indie film. But this is real life.

View all posts by Diana Czarny →