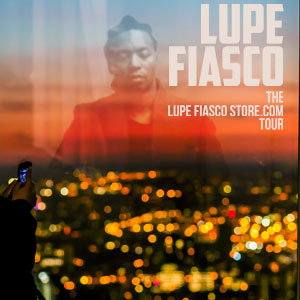 Hip Hop is coming to town this Friday as Lupe Fiasco is set to take the Canopy Club stage. The Chicago native continues to deliver, since his last album Tetsuo & Youth in 2015, to newly anticipated releases of DROGAS, DROGAS light and SKULLS scheduled for 2017. From remixing Kanye’s Diamonds From Sierra Lone to topping the 100 Billboard Charts with his single, “Superstar”, Lupe Fiasco stays true to his upbringings. Advocating for social consciousness and discussing issues of religion and food deserts in the Black community, Lupe metaphorically glides through his raps and soothes through hints of soul all throughout his laid back tracks. Bringing his cool nuance to Urbana tomorrow night, Lupe is on as part of the WPGU Concert Series along with The Boy Illinois and RXMN.