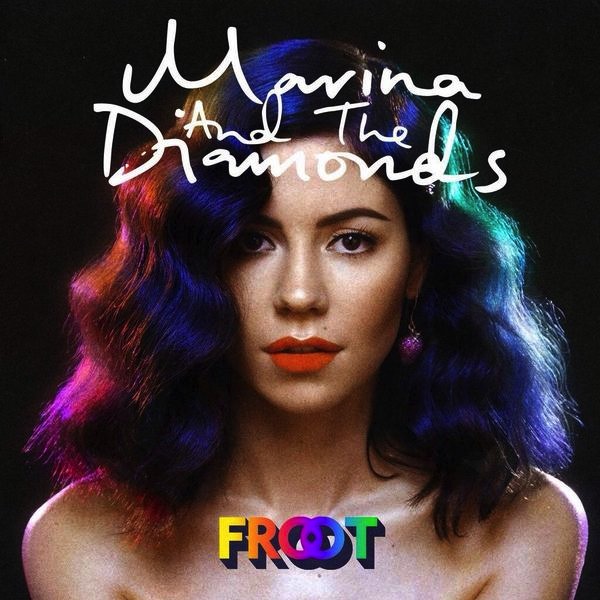 After releasing a song every month since the New Year started with a select fruit, Marina and the Diamonds has fully released her latest work after a two year hiatus, FROOT. Her breakout album Electra Heart and the track “Primadonna” was what put her in the limelight, giving her a cult following similar to that of Lana Del Ray. She’s changing some things up this time around, but she stays true to her signature style.

While Electra Heart’s songs had many different producers, Marina Diamandis dropped the extra fluff for this album, writing and producing or co-producing all the songs. The debut track “FROOT” that was released on January 1st was our first glimpse into what the album was going to sound like. It’s poppy and has a funk-inspired bass line that’s different than what put her on the map, but Marina’s vocals stay true the entire time.

The second track that was released a month afterwards was “Happy.” The song was a complete 180 compared to “FROOT,” as it was a much slower ballad with heavier lyrics like “Never thought that I could be/I could be happy.” It lacked the punch that “FROOT” had, but it showed the somber side of Diamandis, and gave us a glimpse of the inspiration for the album.

The rest of the tracks on the album follow in suit similar to these two songs; there are some fast paced pop-rock songs, with a sprinkle of touching ballads. Other songs to check out are “Immortal” and “I’m a Ruin,” both are highlighted tracks by Marina that were released with music videos.

Overall, FROOT probably won’t be as well received as Electra Heart since she’s keeping much of the grunt work herself this time. However, this work is more of a reflection on the artist herself, which could be an indicator of great things to come.