As the semester starts to get rolling, you might be feeling a little overwhelmed and tense, but I’ve compiled the perfect playlist to let you unwind with some groovy funk and soul that will have you relaxed in no time.

Haitus Kaiyote is an Australian quartet from Melbourne, who consider themselves in the genre of “future-soul” but regardless of genre, this tune goes down smooth especially with rapper Q-Tip gracing us some of verses. The song has everything you want in a soul song including rap and some fun synth work.

B4 The Night Is Thru – Jesse Boykins III

This track starts to get a little more on the funk and pop side, but Jesse Boykins III’s gentle and soothing vocals offer a nice antidote. Be sure to check out the alternative R&B singer’s other song because he has a wide range of music, from classic R&B to a more experimental style.

Vulfpeck are somewhat on par with Devendra Banheart’s funky style, so if you like his music, you’ll definitely jam with Vulfpeck. This cheerful tune will have you walking down the street with a bump in your step. The song’s about puppy love so what else you get you better spirits, honestly.

While all of Amy’s songs are within the Jazz genre, I tried to find a song of hers with the most funk and groove. If you’re looking for that, the best one for the job is “Half Time,” which is not even on any of her albums from her dreadfully short lifetime, but on the Lioness album, that was released after her passing.

Filipino producer and beat-scene frontman Ringgo Ancheta AKA MNDSGN shows his R&B side with this popular single of his. While he is a hip hop producer, his music stands strongly in the electronic community as well, and this instrumental song highlights his talent in both.

And Then – James Tillman

When we think of soul and funk we think of strong vocals, but we’ve seen a lot of different variations on that with previous songs mentioned. However, James Tillman brings it all back to his sultry and smooth voice that can put you to sleep. With the perfect amount of breathiness in his voice and vocal range, Tillman makes his vocals the absolute highlight of this track.

2016 was the year for Moses Sumney as he gained a lot of momentum with this song that was on Pitchfork’s “The 100 Best Songs of 2016” as well as a performance on NPR. This delicate song is extremely emotional, and not necessarily heavy on the funk, but certainly easy on the ears. 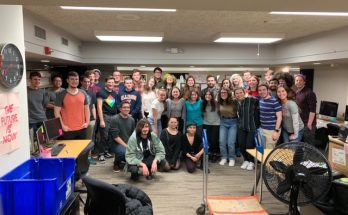