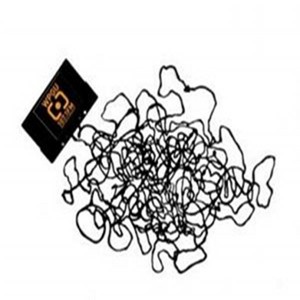 The Kooks, “Shine on:” This has a bright chorus and Luke Pritchard’s accent just seems to sound cool.  Check out WPGU’s interview with lead guitarist Hugh Harris to learn about the band—like how they write so many songs and just hand pick songs they like for an album.

AWOLNATION, “Not Your Fault:” If there isn’t an effect put on the singer’s voice, then he has a truly unique voice.  Either way, the chorus is downright awesome.

The Black Keys,  “Your Touch:” It’s songs like this that make the Black Keys a band that works perfectly live.  There’s the dirty blues riffs combined with the hard-hitting drums of Patrick Carney.   Plus, they are two of the funniest guys in rock right now.

Sleeper Agent, “Get it Daddy:” This band is from Bowling Green, Kentucky, the same town Cage the Elephant is from.  The simple song is like a shot of adrenaline, and it’s not too lengthy where you’d get tired of it after hearing it a few times.

The Strokes, “Gratisfaction:” I know people were a little disappointed after the latest album once the band finally got back together.  Of course, I love the older style the Strokes had and would like to see them get back to a more gritty style.  But I don’t think a great band should stay the same and found songs like this appealing.

The Raconteurs, “Salute Your Salution:” From the crazy, mangled guitar solo to the bass that gets an extra bite from a distortion pedal, this tune rocks from start to finish.  Anything Jack White touches turns to gold.

The Arctic Monkeys, “Love is a Lazerquest:” Before getting the record, I heard Alex Turner play this song at a radio appearance (with his new look: slicked back hair, a leather jacket, and black sunglasses) on his acoustic guitar.  Alex is a great songwriter; he uses lyrics I never would’ve thought could work in melodic songs.  The silky electric guitars on the album with the whole band sound just as good to me too.

Black Pistol Fire: “Silent Blue”:  A great two-piece band.  If you like the Black Keys or the White Stripes, you’ll like these guys.  They’re also almost done with their second album.

The Duke Spirit, “Surrender:” Liela Moss is so energetic live and the guitars have no barriers to their sound.