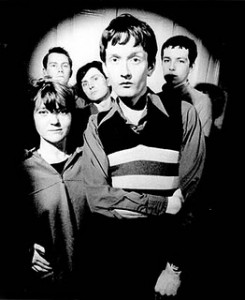 If you checked the line-up for Coachella then you already know that British rockers Pulp are geared to play. They’ve added a few more shows since, with Radio City Music Hall on April 11th and the Warfield in San Francisco on April 17th. More shows will hopefully be added to the bill as time progresses and if the demand is there.

Their last full-length album We Love Life was released in 2001 and although it was met with positive responses Pulp went on hiatus before releasing more music. The guys did tour in 2011, playing tunes produced throughout their career, but this will mark their first U.S tour since 1998.

(Music Director) Nat. Wonton. Soup. Needles. Needley. Natcat. Natalie. Just don't call me Shirley. I've worked at WPGU 107.1 since the start of my undergrad career here at the University of Illinois and it's been da bomb. You can hear my beautiful (ahem) voice on the WPGU airwaves and check out my handiwork as web producer on our website. When I'm not around Illini Media you can find me dancing around town or drinking coffee somewhere.

View all posts by Natalie Wontorczyk →