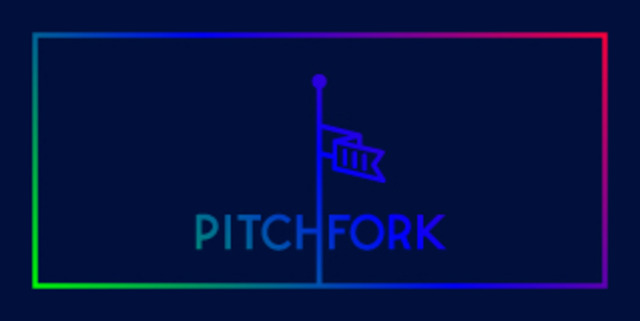 Commonly (at least for the past couple of years) Pitchfork’s final day is known as hip-hop day for it’s explosion of rappers and producers alike. 2014 was no exception, featuring hip-hop heavy performances and even a little English shoegaze reunion. Staff writers Boswell Hutson and Eric Holmes share their thoughts here:

The experience of listening to DIIV’s debut album, Oshin, is an entirely different one from that of their live show. While it’s easy to sit back and let the swirling guitars of the album wash over you, the high energy that the band has on stage brings new life to each song, resulting in a more engaging experience. Despite their awful, one-chord rendition of Bob Dylan’s “Like A Rolling Stone”, the band’s live show was exciting and fun and I recommend seeing them in person some time. 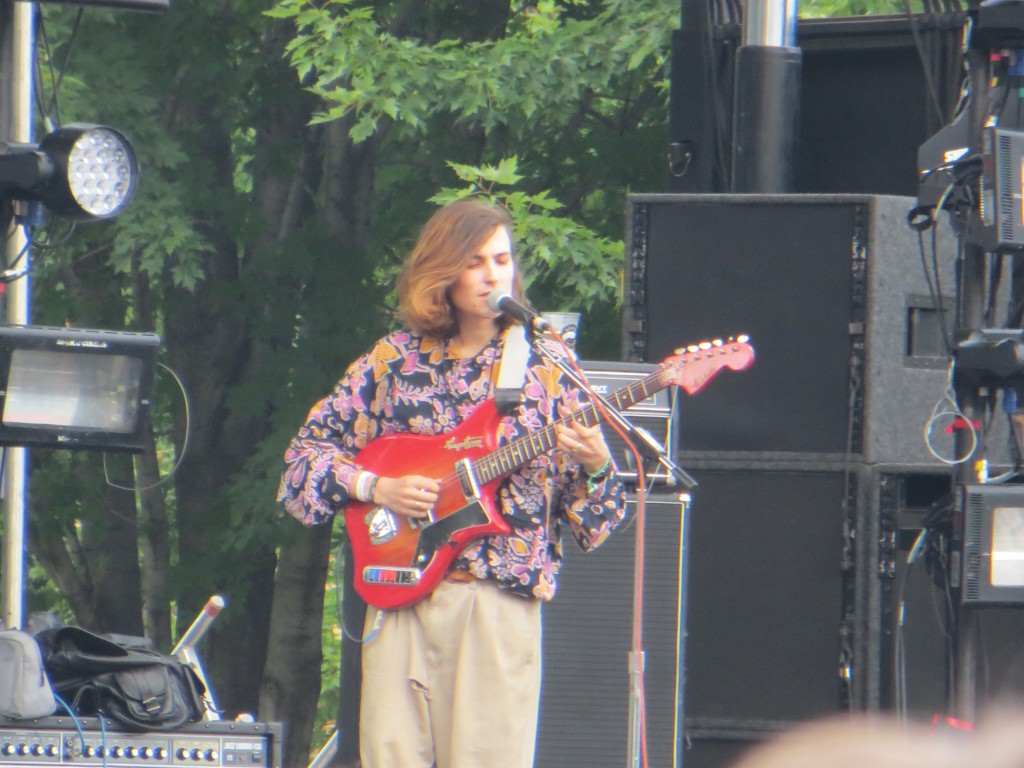 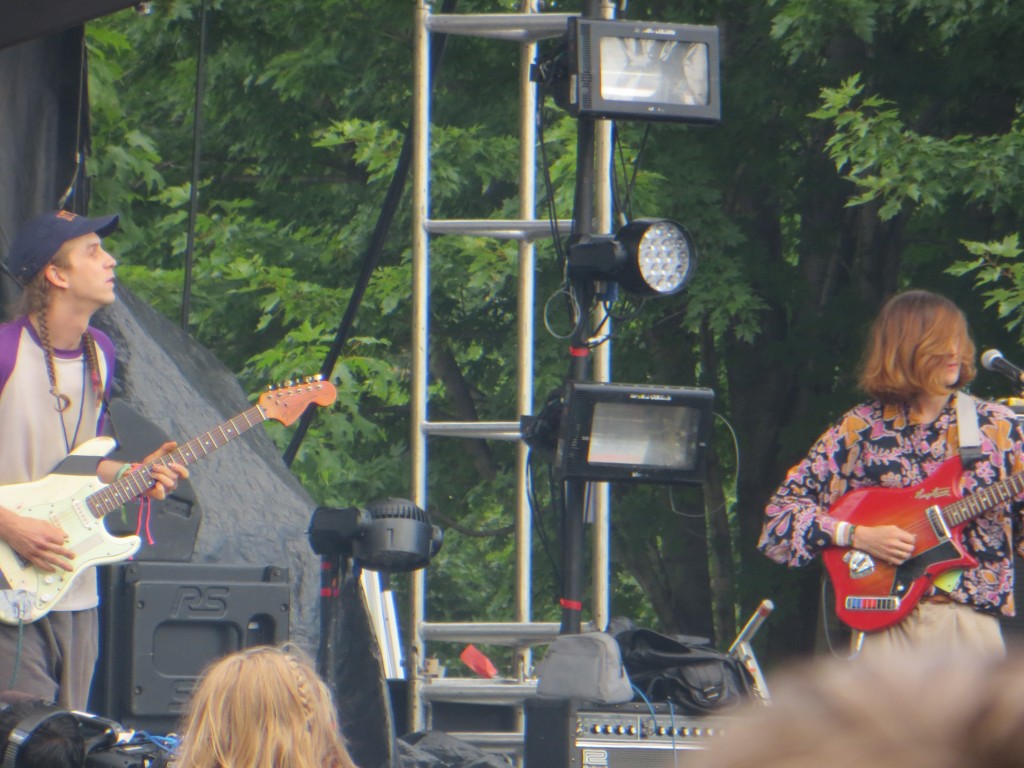 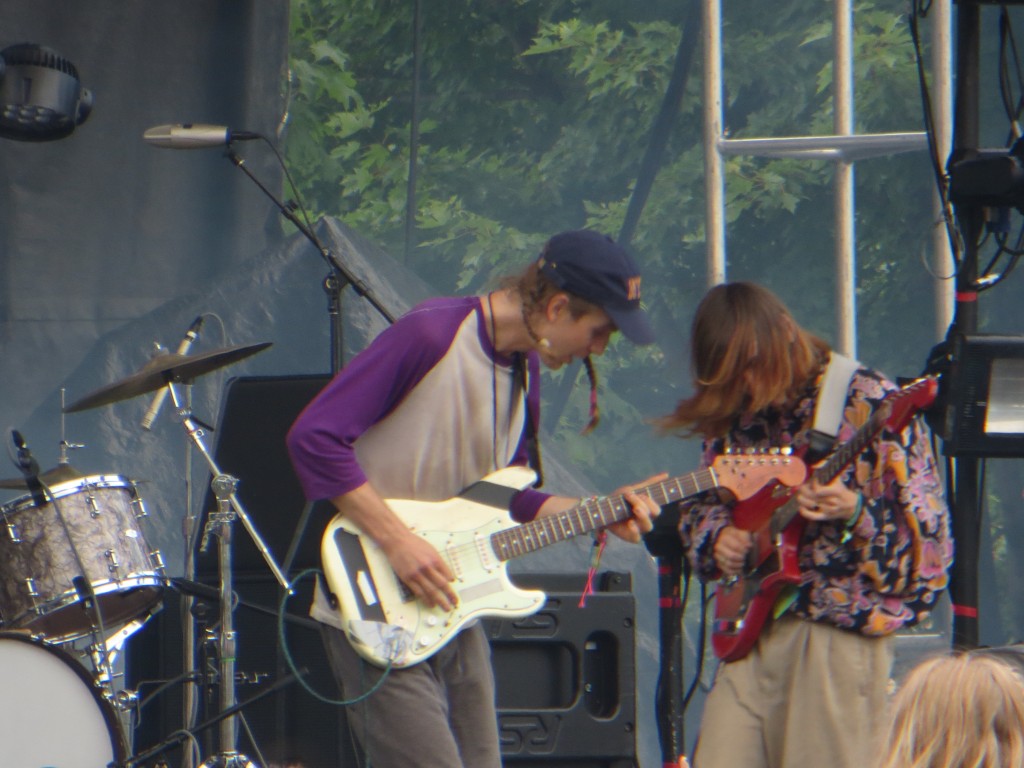 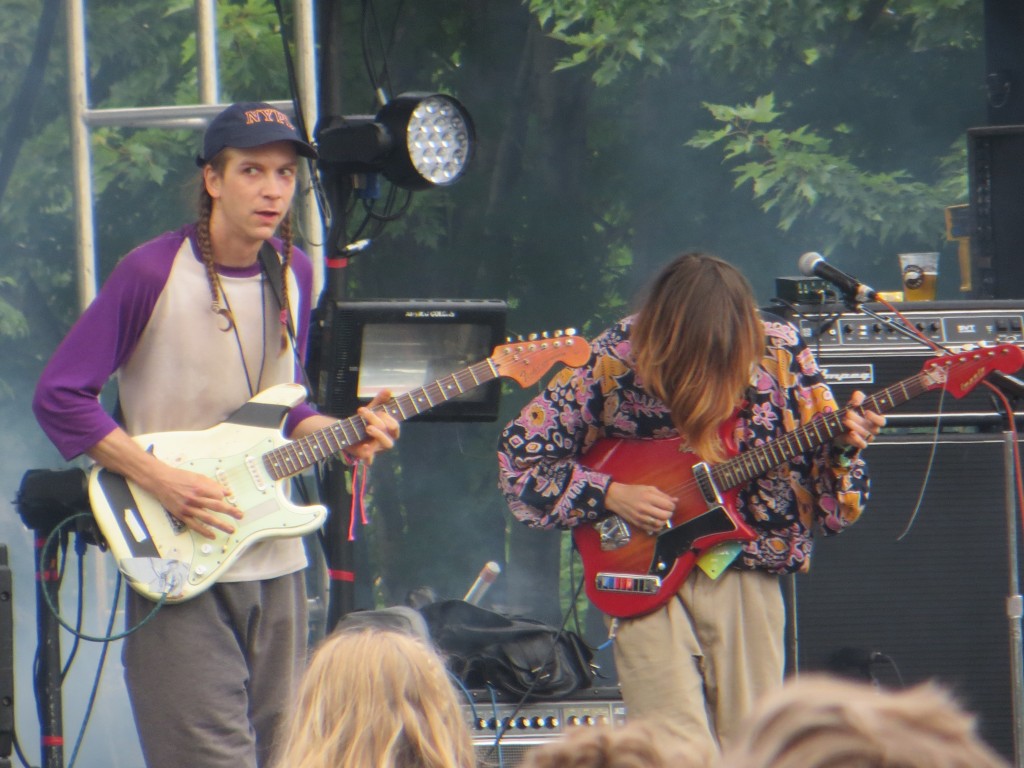 Overshadowed by the young rap superstars from Chicago in Vic Mensa and Chance the Rapper, Isaiah Rashad is a fellow midwest emcee (Chattanooga, TN) who just recently signed to Kendrick Lamar’s Top Dog Entertainment record label.  Following the release of his first album, Cilvia Demo, Isaiah Rashad has spent the year touring both nationally and internationally, and going into his set on Sunday, I was excited not just to see what the kid from Tennessee could do, but also to see how he had progressed over perhaps the biggest year of his life.  Isaiah, or Zay, as he is commonly known as, has a performing style that can seem a little off putting, but is easily appreciate by those who knew his debut album verbatim, which seemed to be a significant percentage of the crowd.  Of course the rather annoying rap show mainstays were present in his set, like not rapping the end of every line just to hear the crowd sing it back, for example.  This, combined with his fairly stationary stage presence and monotone delivery made for a pretty dry set, especially from the back, and honestly I left a little disappointed.  With that being said, Isaiah has perhaps one of the brightest young futures in the world right now, and as long as he keeps making music, I’ll keep listening. 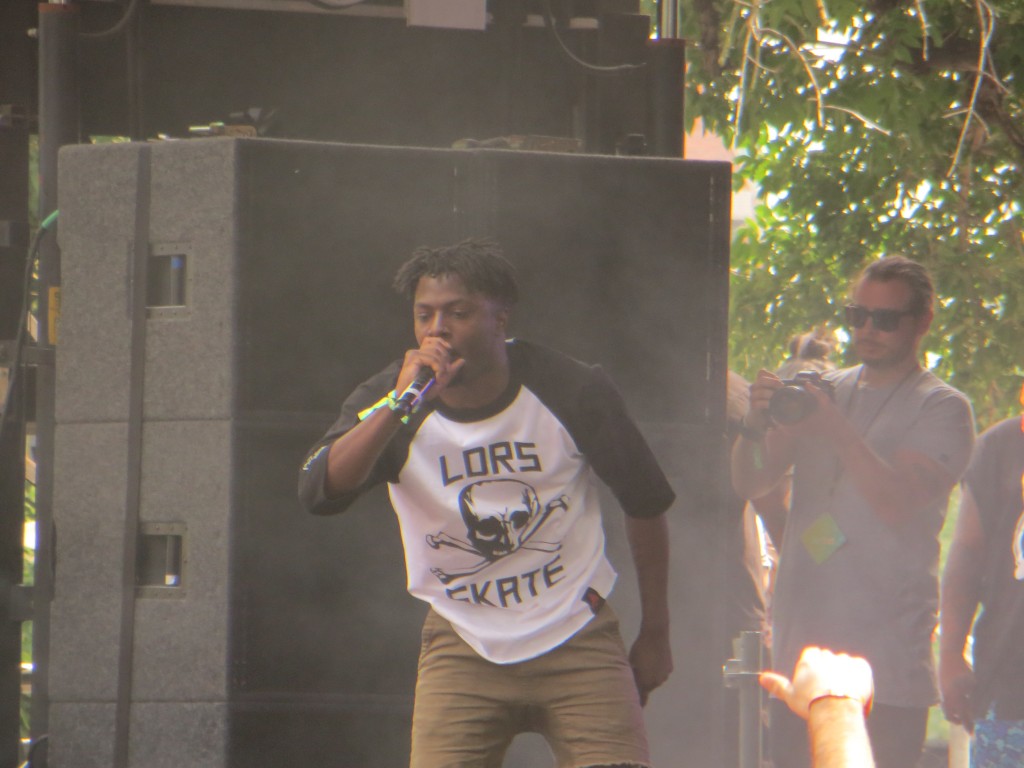 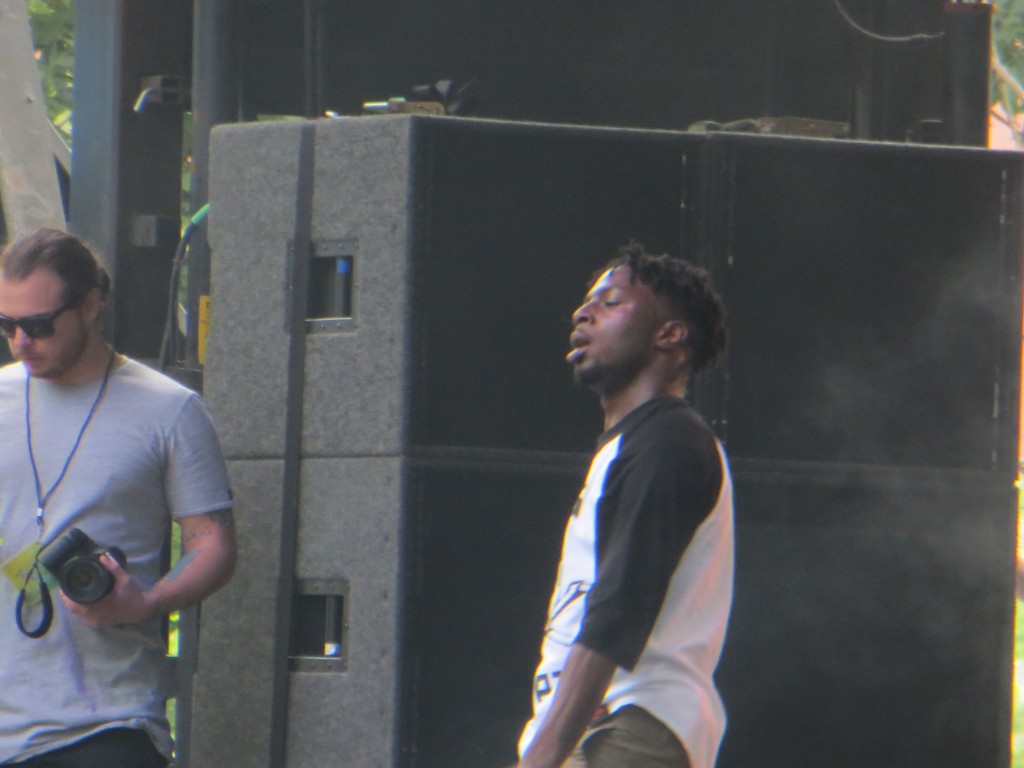 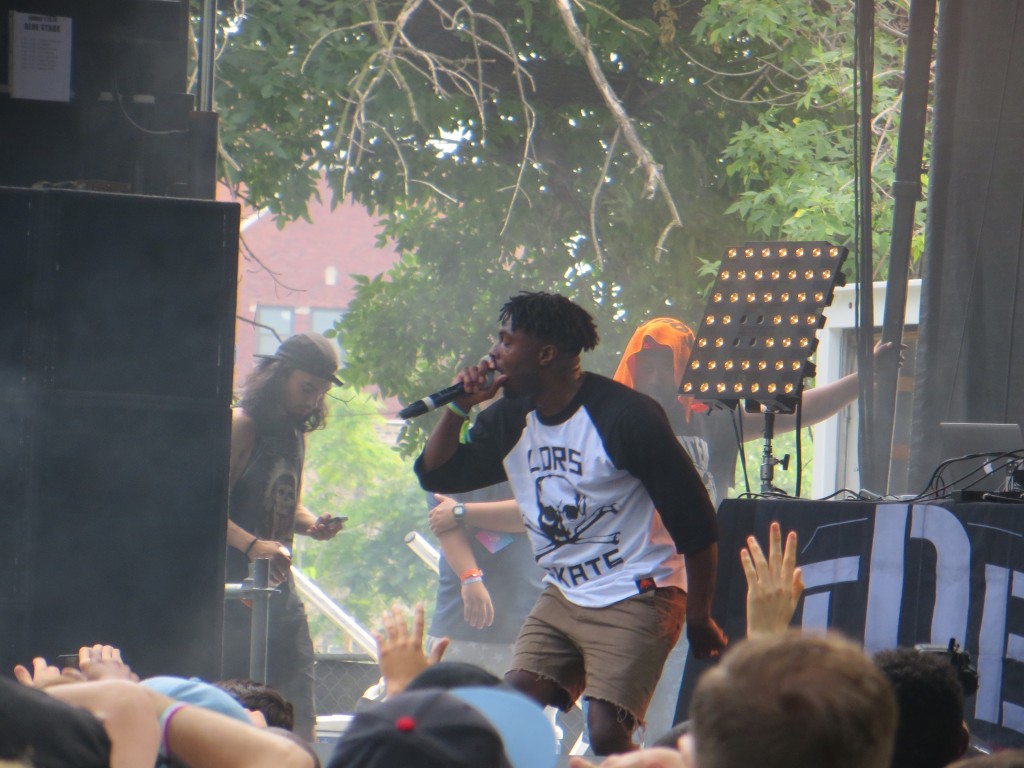 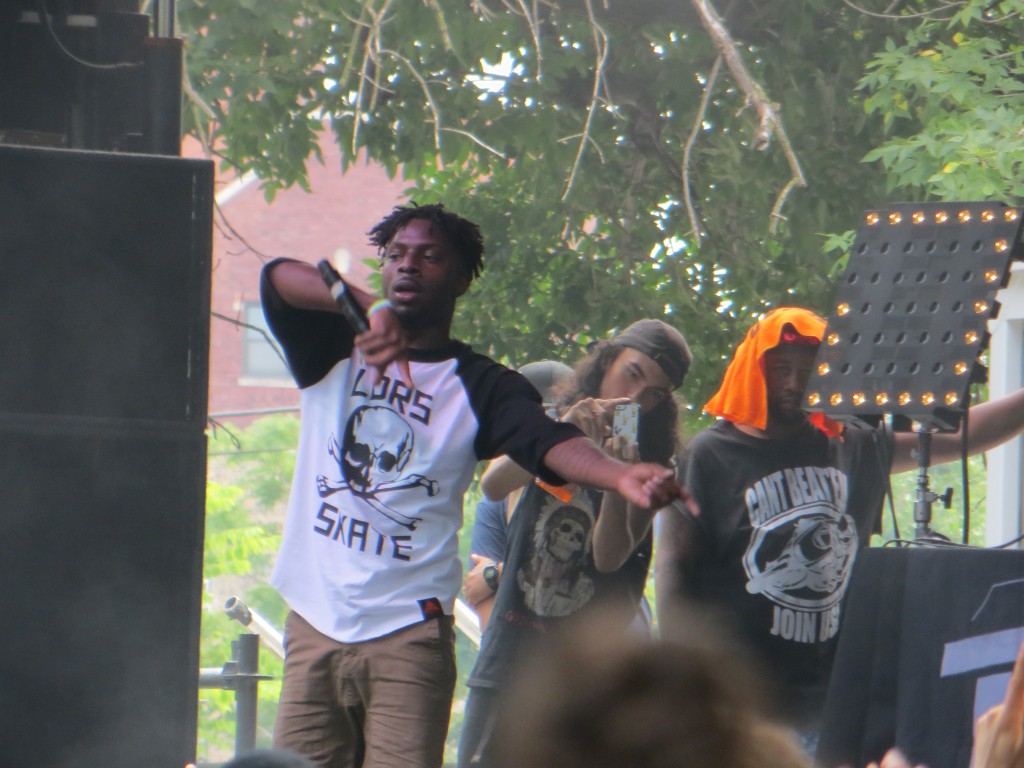 I’ve had the pleasure of seeing Tyler, the Creator live, and while his shows are certainly all they’re cracked up to be as far as insanity is concerned, the environment at an Odd Future show is one of the most fascinating and hilarious things I can recall.  On Sunday, I set out to finally catch some of Earl Sweatshirt’s set, for there would have to be something entertaining there; he is Odd Future’s lyrical firebrand, after all.  When I arrived, I was not disappointed.  Before dipping into cult favorite “Orange Juice”, Earl played a plethora of tracks off of his debut album Doris, perhaps one of the most overlooked albums of 2013 (if you ask me).  Between the good music, occasional Odd Future cameo from Domo Genesis or Trash Talk, and Earl’s urging of the crowd to “go world cup” when he wanted them to go crazy, this was perhaps the most pleasantly surprising sets from the entire weekend. I would urge anyone to check out Mr. Sweatshirt if ever they have the chance. 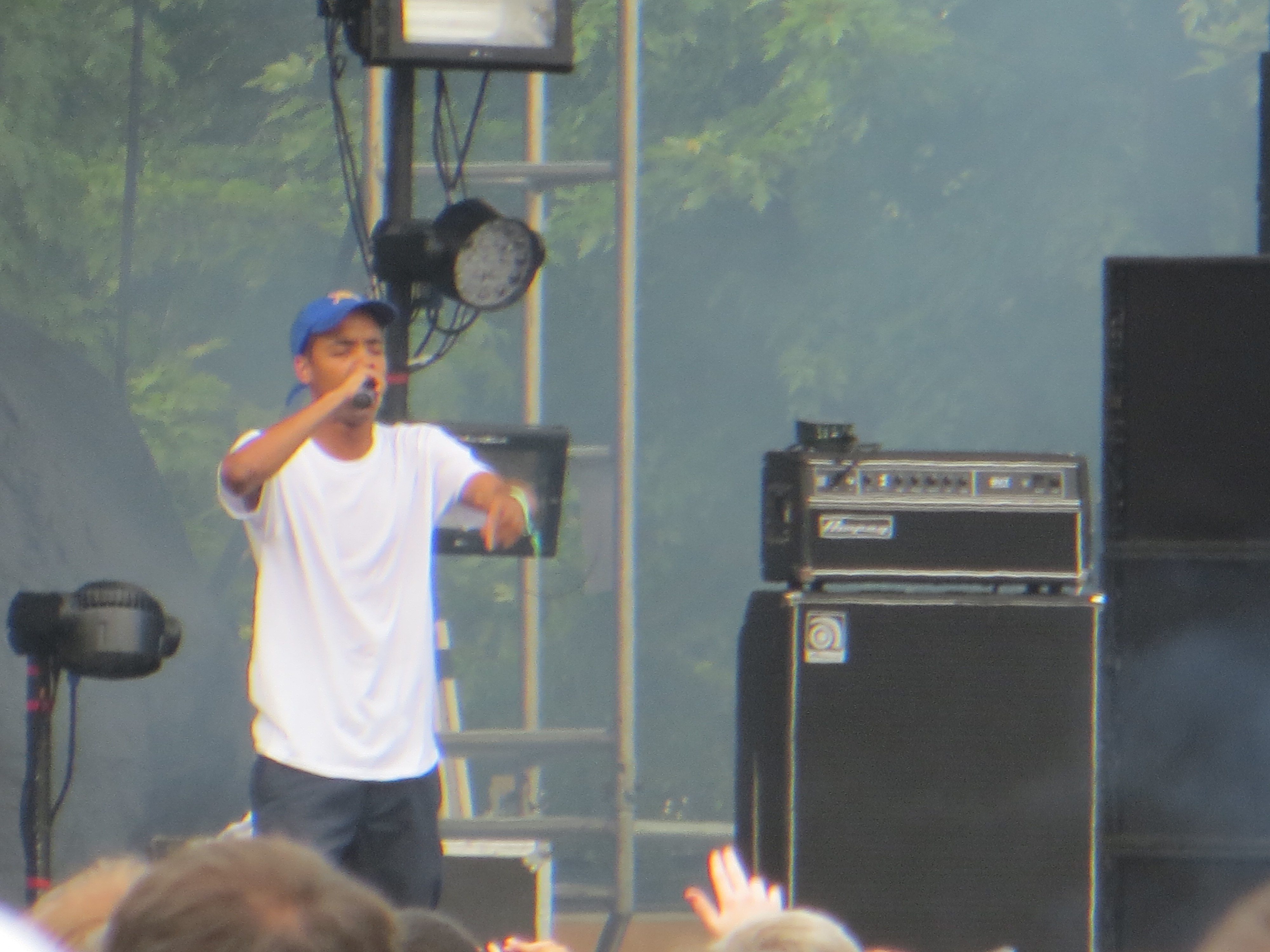 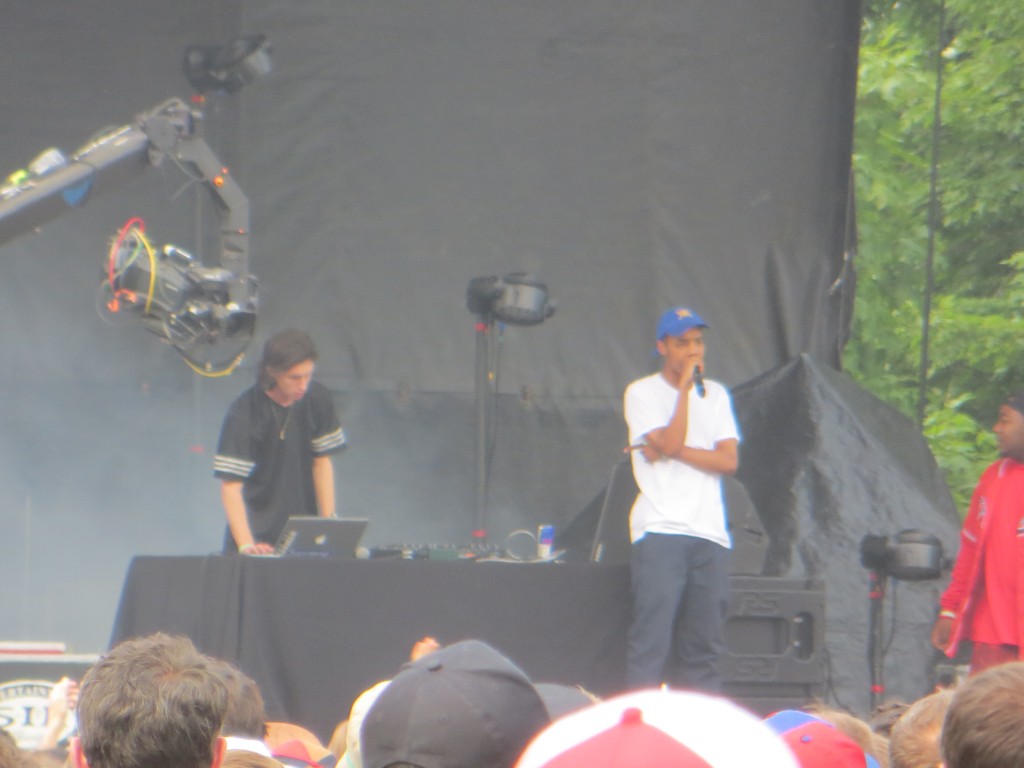 On Sunday, Real Estate won the award for softest band, playing at a level that one could have a whispering conversation over.  Ok, maybe that’s an exaggeration, but the soft instrumentals from the band could barely be heard from the adjacent stage where Slowdive was about to perform.  All in all, their set was complacent and pleasant, which is exactly what you would expect from such a calm, cool, and collected group.  The set was pretty evenly split between their first two albums Days and Atlas, with some nice instrumental improvisations mixed in for good measure.  While there was nothing really remarkable about this show, it certainly wasn’t offensive. So it had that going for it, I guess.

Slowdive hasn’t played a show in the past 20 years, but you wouldn’t know it to see them now. Their special blend of noise, reverb and sweet melodies is truly beautiful to experience in person. Playing highlights from each of their three albums, the band kept the already eager crowd energized. Guitar players Neil Halstead and Christian Savill are experts in effects driven guitar playing, and watching them work is as exciting as the music itself. The incredible volume, the beautiful noise and the and excellent guitar playing made this my favorite show of the festival; I couldn’t recommend seeing them highly enough. 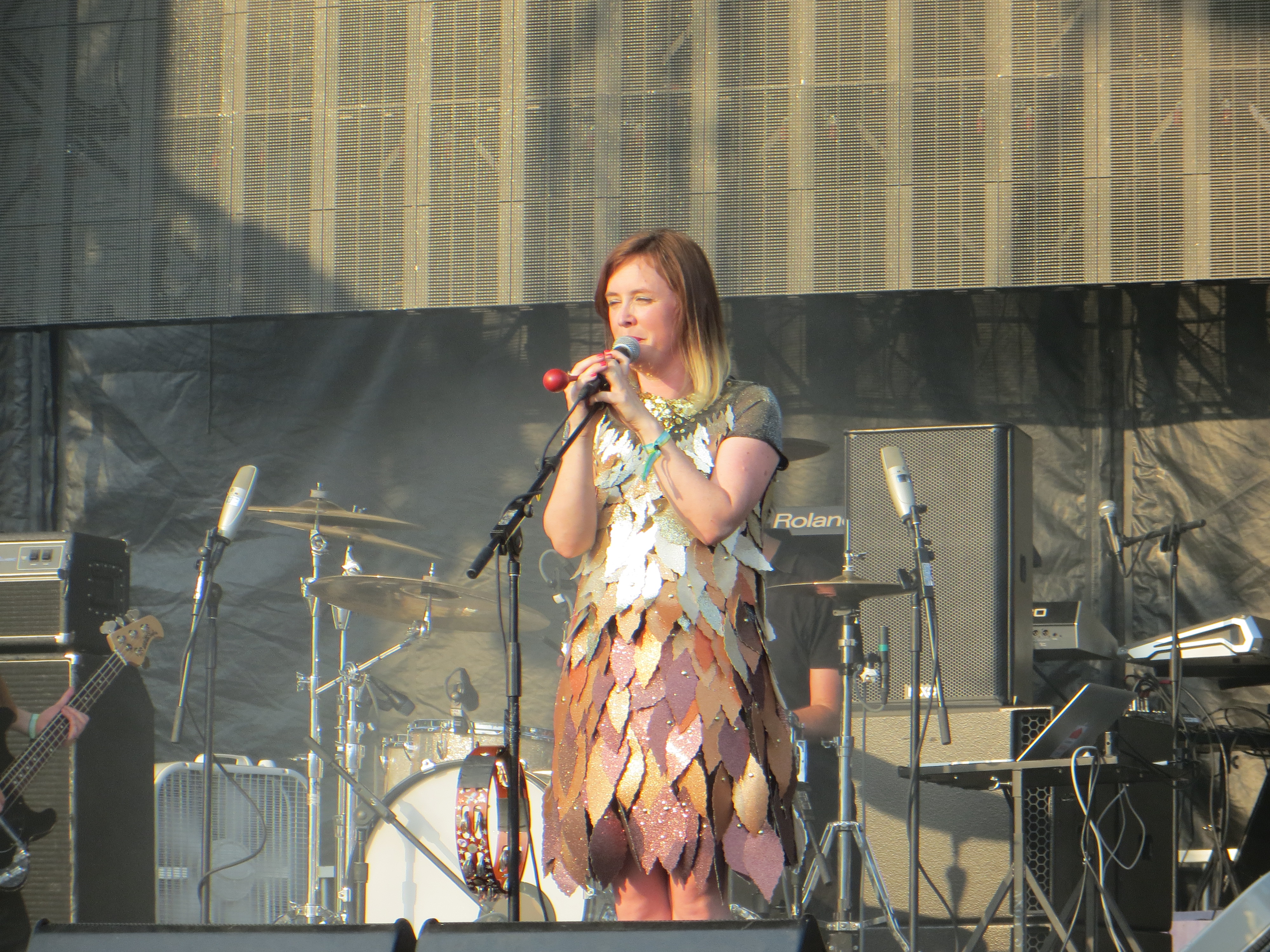 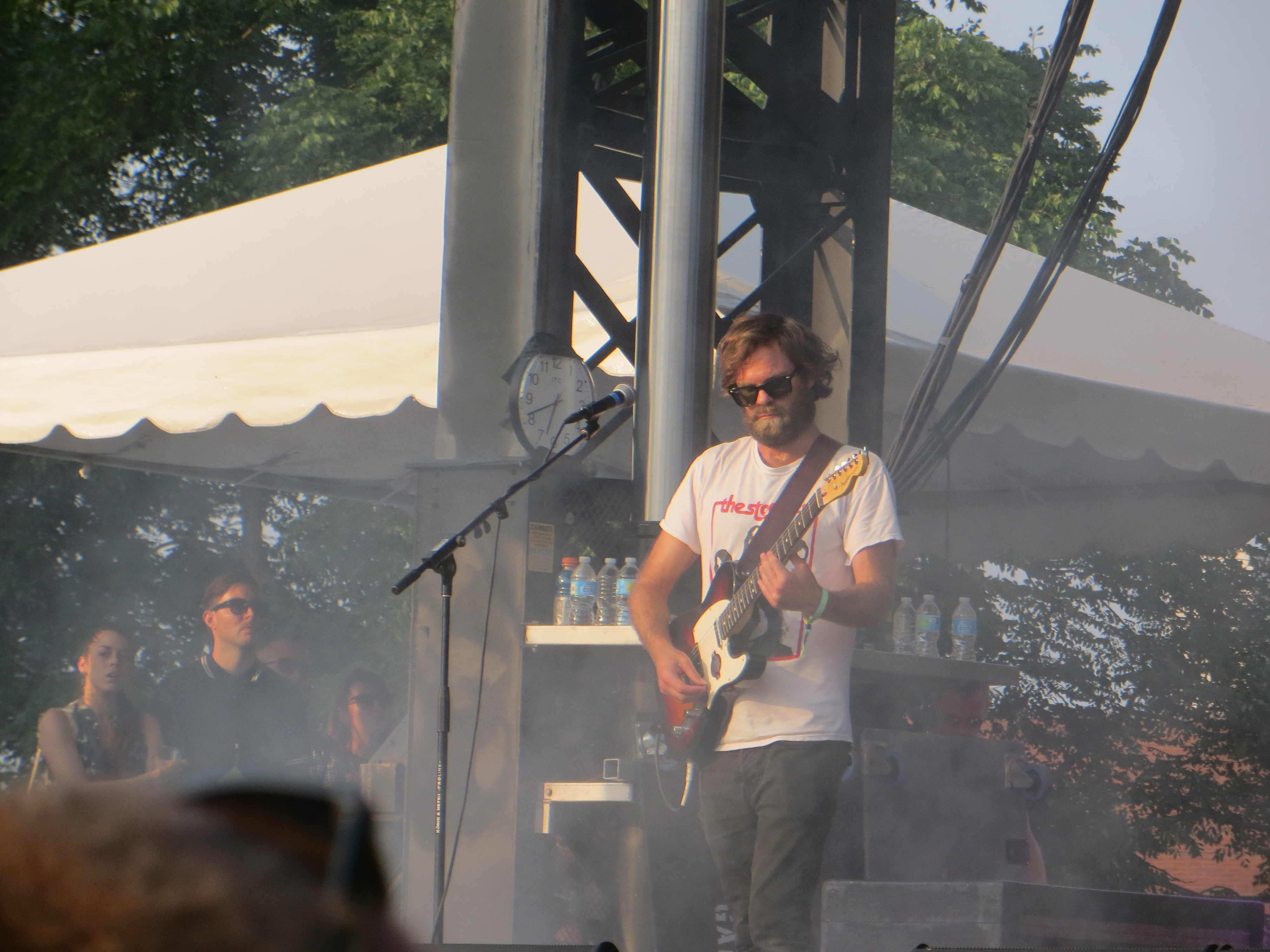 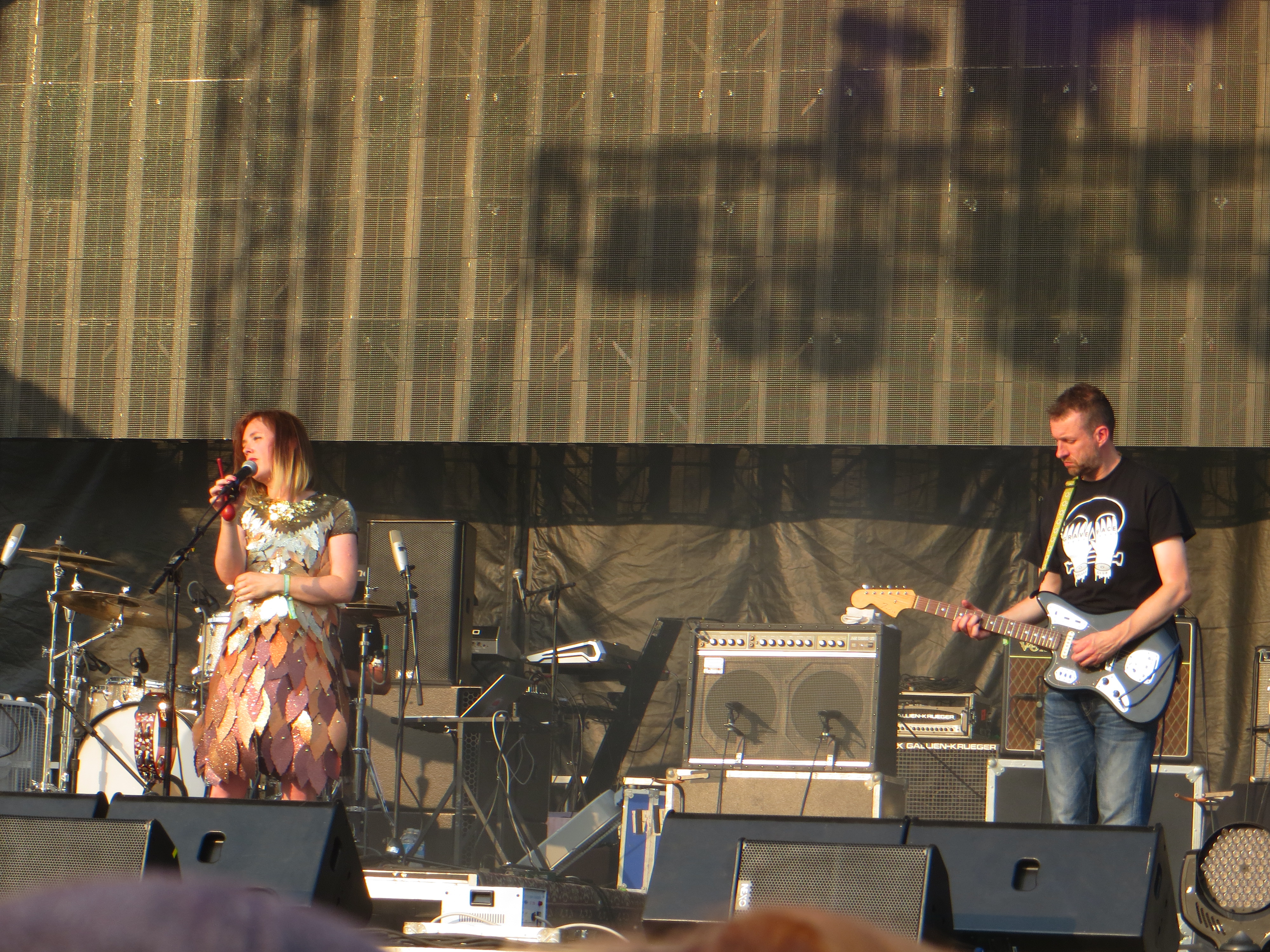