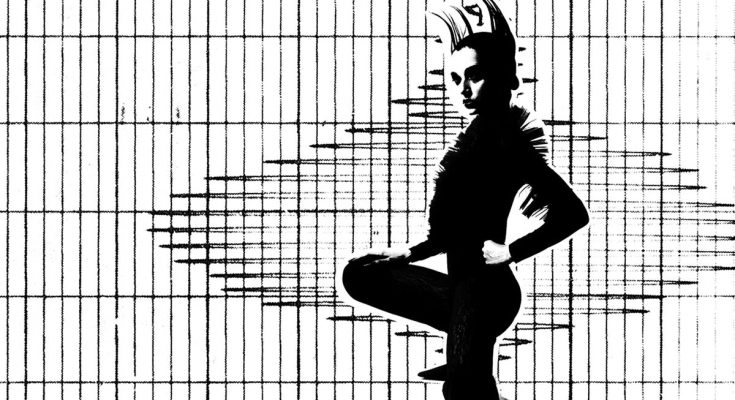 On September 24th, Poppy released Flux, her latest studio album. Consisting of 8 tracks (3 of which were released as singles), this album is a continuation of Poppy’s dive deeper into more metal/rock inspired sounds. The sonic differences between Poppy.Computer and Am I A Girl? (her 2nd and 3rd studio albums) were extreme, but all releases since Am I A Girl? have made it clear that the days of lighthearted lyrics and infectious pop hooks were long gone.

The tracks on this album weave between slower paced, more gentle songs (As Strange As It Seems), and punchy rock songs (Flux), and tracks that don’t quite land in either category. Arguably, none of these songs can be placed into categories. Each one has so many layers and sections that the album feels longer than just 8 songs.

While leaning in a more metal direction, Poppy’s soft vocals are still one of her musical strengths. Now with a lot more reverb and some more intense lyrics, her voice is still just as pleasant as it was in her pop days. It wouldn’t be metal, though, without some good old fashioned screaming, and Poppy delivers. A lot of the time, her screams are layered with her singing, creating a really interesting musical juxtaposition.

Her 2020 release I Disagree was one of my favorite albums of the year, and I think Flux was a great follow up. These songs play to all her strengths, vocally speaking, and allowed her to explore different sounds within rock. One of the high points on the album is Her, a song that almost feels a bit shoegaze at times. The lyrics detail “her” getting mistreated, and then recovering and finding herself. It almost parallels Poppy’s rebrand following her split with former creative partner & alleged abuser Titanic Sinclair. It’s lyrically a heavy track, but a powerful one nonetheless.

My only critique of this album is that I wish it was longer. Here’s to hoping she releases a B sides album like she did with I Disagree, because it seems like she truly found her sound on this record.

Listen to Flux by Poppy here: