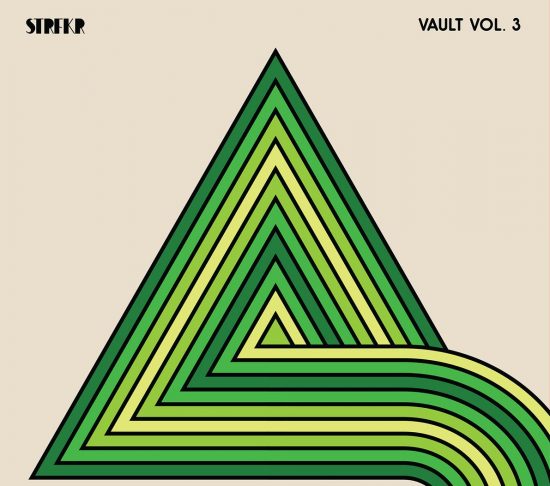 Released in early December 2017, “Vault Vol. 3” is STRFKR’s (pronounced starfucker)
final installment in their three-part vault series. This series consists of songs from the laptop of
frontman Joshua Hodges that were never released to the public. Out of the 19 songs in the third
volume, most are quick instrumentals with only three songs making it past the two and a half
minute mark, leaving the album at only 43 minutes. STRFKR’s unique indie-synth pop sound is
perfect focus music for those who like listening to music while doing work but don’t want lyrics.

“Vault Vol. 3″ starts off with “Shot Gun,” the longest song on the album. With its upbeat
electronic sound, it feels like it would be the perfect song for an opening montage to a movie.
The danceable tune is the ideal start to the album and is a preview for the lively electronic songs
that follow throughout the album. The song that ensues, “Sensitive,” also begins with a
electronic vibe but switches to a punk-rock vibe a few seconds in. After a brief switch back to
electronic, the rest of the song is a mixture of indie rock and synth pop, which makes for a
distinct sound.

A few songs after, “Maria” comes in strong with commanding vibes and one of the few
songs with lyrics. However, the real star is the song that follows, “Maria Reprise.” “Maria
Reprise” is for the non electronic fans. The beginning beats draw the listener in with its cool
sound and helps transition the album into a calmer vibe. The relaxed reprise of “Maria” hits its
mark with its slow yet upbeat sound. And, unlike “Maria,” the song does not end as abruptly as
its original does. With a similar sound to “Maria Reprise,” “Vincent’s Dancer” starts off
completely different from the rest of the song. While the beginning may have listeners thinking it
will be a loud techno song, it transitions into a consistent guitar riff. “Vincent’s Dancer” is a
familiar sound to fans of STRFKR and reminds listeners of earlier tracks the band released.

One thing for sure is that, even on an album full of cast aside songs, STRFKR still finds
a way to make the songs flow into one another. Both “Blisters” and “Lunar Sunrise” sample
heavily from a space shuttle launch. This works well with the next song, “Aliens,” which also
samples from a space shuttle but takes on a different, extraterrestrial sound.

“Vault Vol. 3” ends perfectly with “Alaska,” as its rhythmic sound peppered with voice
samples leaves the album on a high note and its listeners wanting more. “Alaska”, along with
“Aimee” and “Laura” is one of my favorites on the album.

Overall, as the third installment of discovered songs from Hodges’ laptop, “Vault Vol. 3” is
perfect for big fans of STRFKR. The Vault series is the band’s version of deleted scenes: it
showcases songs that could be hidden gems but may not have fit in any album other than this
series.