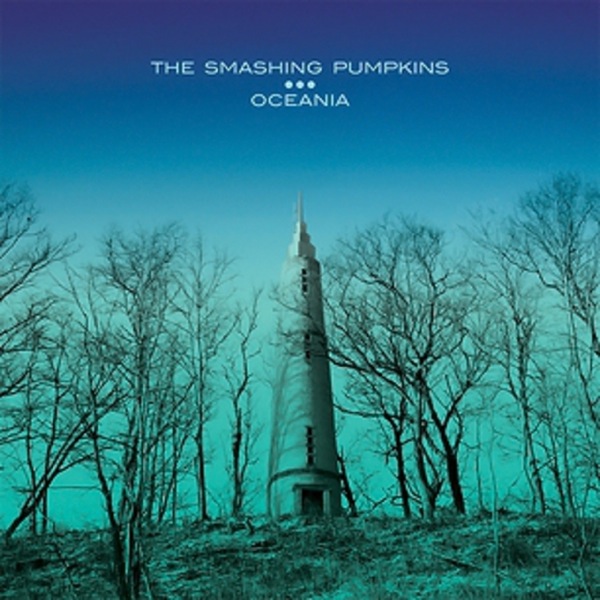 Oceana is part of the online streaming of a 44 song collection called Teargarden by Kaleidoscope, which started off as being released one song at a time.  Oceana is much calmer than the usual depressed and angst dowsed lyrics of the classic ‘90s Pumpkins.  The guitar sounds of a famous track like “Rocket” or the harnessing of feedback are ditched for a tamed guitar tone on this album.  But don’t count Billy out just yet.

I remember reading about a week or two ago of him calling out Radiohead as being “pompous.” He goes on to say that just because it’s cool to like Radiohead more than a band like Iron Maiden these days doesn’t mean the latter band should be forgotten about. Maybe Billy still does have some angst left.  The point in bringing this little news story up is that Billy doesn’t care about anything but making music he feels is best even if it’s “uncool”.  When he says that Deep Purple’s guitarist is better than Jonny Greenwood and himself, you can bet even on an album that has keyboards playing a major role in every track that Billy’s guitar prowess can be heard.

And it is.  On a track like “Inkless,” a fuzz laden riff and a solo that transitions from barren screeches to Corgan’s fingers moving at a blistering speed across the fret board prove just that.  In “Quasar,” the intro reminds me a lot of “Cherub Rock,” with the edgy riff combined with the drummer doing a drum roll on the snare.  The young guy—Mike Byrne’s—drumming is also impressive and seems to fit well with Corgan’s active guitar riffs.  Byrne seems to have a lot of freedom, as opposed to just playing to what fits. The new Pumpkins seems have some chemistry (though most likely won’t come as close as it was in the‘90s) and carry on well despite only Corgan being an original member.  I was skeptical about the album after hearing that Billy has been using more electronics, but there are some strong tracks and a solid effort from the group.

Key Tracks: “One Diamond, One Heart”, “Pinwheels”, and “Panopticon”

Check out : “One Diamond, One Heart” here: