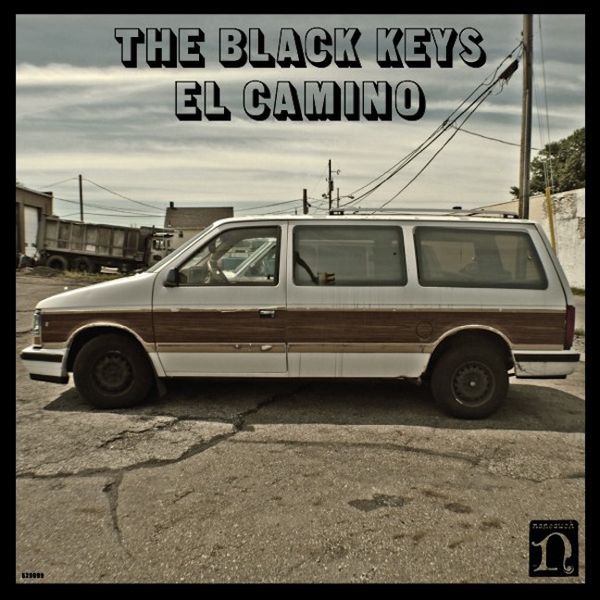 It has been a big year for The Black Keys. They celebrated their 10th year anniversary, won three Grammy awards for last year’s album Brothers, performed on Saturday Night Live, played at festivals including Bonnaroo and Coachella, and announced the release date for this, their seventh studio album. In an interview with Spin, they compared the new sound to their influences The Clash and The Cramps, and said that it was to be very different than Brothers; Dan Auerbach said, “It doesn’t have that open soul feel to it. It’s way more driving and the tempos are really fast.” They recorded it in Nashville alongside producer Danger Mouse, who had worked with them since the release of their 2008 album Attack & Release.

The first track on the album, “Lonely Boy”, was released October 26. It opens with a surging, raw guitar riff and some speedy drum beats for a good 40 seconds and then in comes that bluesy, warm voice of Auerbach that we are all know and love. On the chorus, a choir of ladies joins him, an asset that undoubtedly comes from Danger Mouse. As the album continues on, the choir makes an appearance in most every track, along with their catchy handclaps. The fourth track, “Little Black Submarines”, comes after two other riveting, driving songs and surprises listeners with a soft, acoustic opening. The twanging guitar, slow tambourine and soft lyrics seem to be a trick—and you’ll listen thinking, “any minute now dude, it’s going to drop into something hardcore.” And you’re right… but this doesn’t happen until more than two minutes in. The song picks up with a guitar solo and some banging drums courtesy of Patrick Carney and builds from there.

As the album continues, the energy is still there. “Hell of a Season” is, I think, the most “Black Keys-y” of them all, with the familiar vocal distortion, winding melodies and pounding percussion, but it also introduces organs and double tracked vocals. “Stop Stop” has a sick guitar solo, followed by “Nova Baby,” which is probably the album’s most poppy track—with its bright synthesizer and love-struck vocals. The last song, “Mind Eraser” brings back the full choir from “Lonely Boy,” and, backed up by some solid instrumentation, the lyrics beg, “Oh, don’t let it be over, be over.” And you won’t want it to be over, either, but it fades out quickly, and it is. The Black Keys had a lot to live up to after their hit with Brothers. El Camino is certainly different, but, in my little opinion, just as kickass and mind-blowing.

RIYL: The White Stripes, The Raconteurs, and Wolfmother,