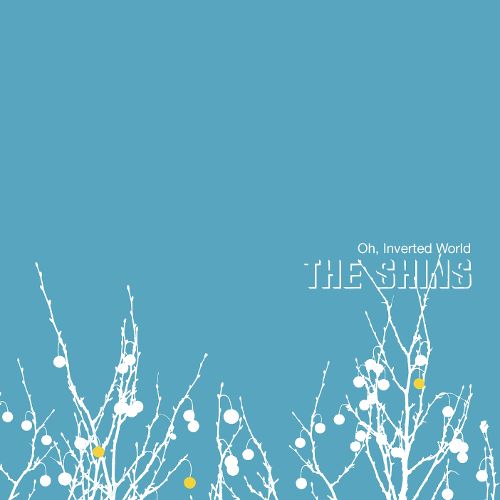 In less than two decades, indie-stalwarts, The Shins, have become a band that is pretty much synonymous with the tone of indie-rock.  Although their sound has changed over the years, there is something wonderfully nostalgic about the raw sound that comes through in their first album, Oh Inverted World. While each new album has built off of the uniqueness featured in Oh Inverted World, the fact that the album was the band’s first is what allows it to be so influential; as it featured an entirely new sound.  The album came out in 2001, yet the songs still manage to sound contemporary and original. There is a classic richness that comes through in every song and has earned the album praise 16 years after its debut.

The album starts with the song, “Caring is Creepy,” and the title itself matches the eccentrically whimsical quality of the group.  It begins with the soft tone of a person’s whistle, which is instantly juxtaposed by the voice of the band’s frontman, James Mercer.  The song combines the upbeat, Baroque-pop tone of Mercers’ voice with an almost meditative melody.  The meshing of the two distinctive qualities in vocal and instrumental sound transports the listener into a state of blissful relaxation.

With almost three times as many Spotify downloads than any other Shins song, perhaps the most well-known song on the album is, “New Slang.” In the indie classic film, Garden State, Natalie Portman’s character states that “[New Slang] will change your life.”  After one listens to the song, it is easy to understand why such a claim would be made.  The melodic crescendo instantly brings any listener into the depths of both the lyrics and the melody.  Mercer shows off his skill in both harmony and poetry in the song, with lyrics that seem tangibly opulent.

While “Caring is Creepy,” and “New Slang,” might be some of the more listened to songs on the album, when it comes to Oh Inverted World, every song comes close to a form of perfection. Mercer is not only the frontman, but is also the primary creative voice, for the band, and he brings a signature level of ingenuity to each song.  Mercer is also the founder of Flake Music, and partnered with Danger Mouse to start Broken Bells, and he sang background vocals for Modest Mouse.  That being said, his musical genius is hard to deny.  The band is known for making their fans wait for their next album, with a four to five-year gap between new releases.  However, each album is definitely worth the wait.  Their newest album, Heartworms, which came out earlier this year, was a great success, earning the band their first No. 1 on, Billboards, Alternative Albums chart.  Their sound has transformed throughout the years, yet there is still that raw lyrical zest that sets the band apart from other artists.  However, although their sound continues to evolve, there will always be the almost fantastical tone of wonder that comes through in, Oh Inverted World.

View all posts by Zoe Pawelczak →