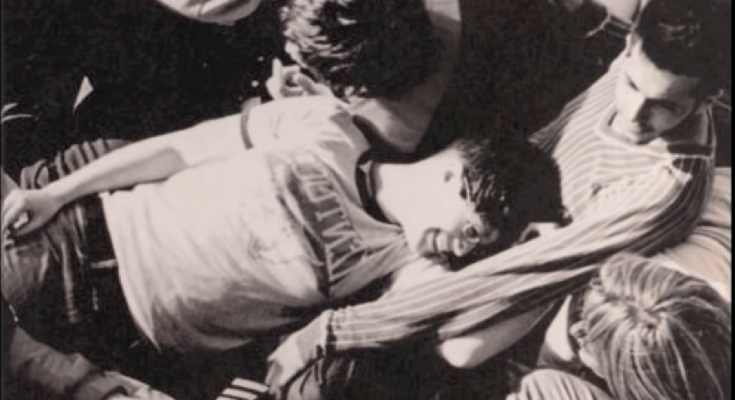 Perhaps the song’s lyrical strength and its sense of urgency come from its loose structure. In the first stanza, frontman Ramesh Srivastava reminds his ex-lover “I’m a love letter away,” a line that is revealing in two ways. The suggestion of a “love letter” in specific suggests that the singer expects to be taken back, or at the very least, is projecting this desire onto his ex. If it’s projection, one wonders how much of the singer’s perspective comes from wishful thinking. This potential uncertainty in the speaker’s point-of-view adds another dimension of interest to “The Start of Something.”

This ambiguity is underscored by the track’s lack of a singular focus. Most of the song’s subjects seem only tangent and patchwork; rather than depend on one narrative, Voxtrot follows the track’s emotional thread. Coupled with Ramesh Srivastava’s boyish voice, it sounds purposely disjointed — as if the speaker himself is grasping for the right detail, the right thought to pull his beloved back to him. It’s an element which reveals a strong sense of youth and vulnerability, “The Start of Something’s” crowning achievement. It succeeds not as a polished song, but in the ability of its free-flowing structure to reveal both the emotional depth of the speaker and the extent of the relationship. Anecdotal details such as “your Roman features” and “your name is dripping from my pen” feel infinitely more intimate than a structured narrative.

Voxtrot’s greatest triumph in “The Start of Something” may be the song’s conception of love. As it vacillates between snippets of memory and the singer’s present-day protests, one gains an understanding of the relationship as both complex, and for the singer, ongoing. Emotional ties are not mutually severed following a break-up, nor does a break always signify a definite end. The hopeful tone of “The Start of Something” reveals this underrepresented facet of humanity in a way that is both potent and necessary. Relationships are never solely defined by success or failure. Like the people within them, they go through both soft and rough patches; mutual fulfillment is a process and not a destination. Even the unsuccessful ones are worth experiencing, just as “The Start of Something” is worth a listen.