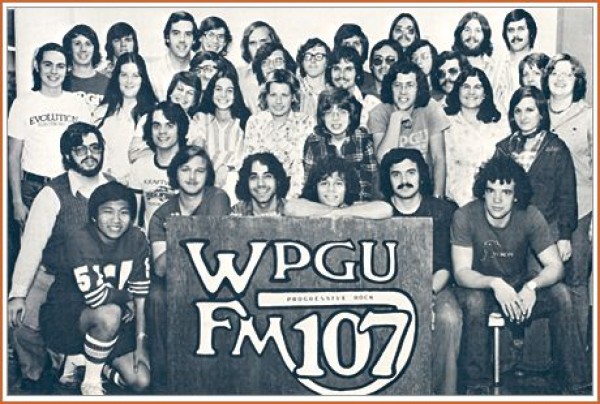 Fans of this dreamy Baltimore duo were graced with not one, but two new albums this year, released only a couple of months apart. Upon its release, I personally felt that Depression Cherry lacked some of the innovative charm present on their earlier albums. However, this album continues in Beach House’s established lullaby-rock vein, and it is a perfectly worthwhile listen. So during the remaining winter months, don’t hesitate to blast these tracks on days when you feel like the cold gray “winter wonderland” is getting you down. -Claire Schroeder

This emotional album with lyrics that will touch your soul has been Geographer’s greatest album yet. “I’m Ready” and “Too Much” are both tearjerkers that will leave you questioning your purpose in life, but in such a way that you’ll be ready for anything. Geographer has blown me out of the water with this album and definitely deserves a spot on this year’s list. -Emma Kelley

In line with Dan Bejar’s nine other studio albums under the name Destroyer, Poison Season combines jazz, traditional “indie” sounds, and his characteristic unique vocals in what borders on a rock opera. The album is loaded with catchy tracks that stand on their own, but the collection also operates as a cohesive whole, expanding on similar themes (content- and music-wise) from start to finish. Definitely a must-listen for any Destroyer fan, but also an album with tons of cross-over potential. -Claire Schroeder

Released just last October, Such Things kind of slipped under the radar in its early weeks, but has since earned a sizable amount of critical praise. The feel-good tracks remind us that it is okay to have a little fun once in a while, despite these supposedly bleak times we live in. This album gets me pumped for the next festival season, and I really hope to track these folks down some time over the summer. -C.S.

In this follow-up to the much-loved indie favorite Tomboy, Panda Bear explores the murky sides of life, death, and fantasy. The Animal Collective member does so with a notable amount of energy and fuckery, never shy about his use of blasting bass and turbulent vocals. “Mr. Noah” sounds to me like something that would be on the soundtrack if Space is the Place were set in southern Alabama in the year 2125. So that, alone, guarantees this will be an album that sticks in my memory for a long time. -C.S.

Released way back in March, this album seems to have been forgotten by much other 2015-in-Review coverage. But it should not be forgotten. For such a young artist, Marling has released a truly impressive mass of music, starting with her 2008 debut. Short Movie expands her discography with assertive blasts ranging from grunge-like splurges to folksy storytelling, all, miraculously, without ever coming across as too self-indulgent. -C.S.

My roommate played the first song “Sedonna” twelve times a day (we checked on Spotify’s year in review and divided by the number of days since he discovered it). It’s a great song full of moments of explosion and groovy panning, but I kept trying to get him to listen to the rest of the album. If he just unpressed the repeat button he would hear the classic bluesy “Otis” and get shivers from the vocal take alone. He would have listened through some deep songwriting and reached the painstakingly crafted finale that is “Darlin.” I like to say the guy missed out, but I also admit that “Sedonna” all by itself merits this band a spot on WPGU’s top 50. -Mateo Muro

To anyone who doesn’t already know about this Australian psychedelic outfit, King Gizzard and the Lizard Wizard might sound like a band trying to shamelessly benefit from the gimmick that is their name. 30 seconds into this album, though, any new listener will realize that there is really nothing gimmicky about KG and the LW. This band has chops, both from instrumental and song-writing points of view. Sure, they have some wild and wacky moments, but the album has a depth that makes it possible to keep coming back to the songs without feeling burned out. I can’t recommend this album, and the band as a whole, enough. -Claire Schroeder

Indie solo artist Darwin Deez sometimes goes under the radar, but this year’s album will hopefully bring him into the spotlight he deserves. The album is dreamy and light with usually just a simple guitar track. It’s refreshing but altogether you can’t get it out of your head. The songs all have a similar feel, so if you like one (which you will), I recommend giving the whole album a try! -Emma Kelley

It’s easy to feel a bit bad for the hand Pure Bathing Culture was dealt — or more specifically, the players they’re up against. The band released their first album in the midst of a strong year for some of their synonymous groups, Purity Ring, Grimes and CHVRCHES. But despite similar sounds and fierce competitors, they’ve established themselves as an essential breakout band with a near-perfect first album that only begs for follow up. -Emma Goodwin

Father John Misty always has the ability to tell a story through his albums with vivid imagery and jarring language, but it’s especially apparent in this year’s album. It’s as if you’re being taken through every step of the unfortunately unsuccessful relationship Father John wrote this album about. But nonetheless, through pain comes great music it seems, and this folk rock album is a catchy listen. -Emma Kelley

19. Sleater-Kinney – No Cities to Love

Sleater-Kinney is cooler than the Strokes and more intense than the Foo Fighters. Listening to them just gives me goosebumps in the least emotional way possible. There are only three instruments but a lot of the times they play with enough presence to create a lake of sound you can swim in. Other times they just kick it raw and you’re suddenly in the garage with them, headbanging to the crunch of their guitars. They get major style points for having their own unique swagger that people like me wish they had. -Mateo Muro

This eight track mini album stays ever so true to classic DeMarco’s laid back style and simplistic ease in sound. Another One is a collection of short and sweet love songs, both upbeat and mellow. Mac brings us up and down through his vocally soft tones and incorporation of light synths all throughout the album. The relaxed feel of the ending track, “My House by the Water” leaves no doubt that it was all created in his cozy little home next to the beach in Far Rockaway. Easygoing and instrumentally humble, Another One is a head massage given by sound waves. -Kayla Martinez

My love for Brittany Howard’s voice has been and forever is an undying one. Each song has such deep soul undertones with modern R&B vocals. If you are to listen to any albums out of this Top 50 List, please let one be Sound & Color. More specifically, “This Feeling,” “Future People,” and “Sound & Color.” Fun fact: “Sound & Color” is about an astronaut so that’s pretty cool, right? -Julia Antonson

A minute and 19 seconds into the song “Living My Life,” there is a techno-percussion breakdown that ends almost a minute later with the words “fading frontier” dripping and curling through the simplistic, echoed instrumentation. The complexity and layers that continue throughout the rest of the song are a perfect representation of how tricky the album is overall. It sounds unlike anything else that has come out this year, with each song being thorough by itself, but still able to mesh with the rest. -Emma Goodwin

Since Chrvrches responded to WPGU writer Emma Goodwin’s tweet over the summer about the album, it’s only natural to include this album in the list. Every song on this album has the potential to get anyone dancing, and that is a success to me. Title track “Leave A Trace” was received very well, but listening to the entire album all the way through will still get your heart rate up anyway. -Emma Kelley

When Lord Huron released Strange Trails, I was floored with adoration. When I listened to it the second time, I was disappointed with the similarities to Lonesome Dreams and the fact that it didn’t really stand alone. But now, I can only be impressed. They know their sound and sticking with it may verge on safe, but it still produces a twangy, folk-rock sound that sounds like the story it tells. It’s simply impossible to get sick of, especially with the various and unique instruments featured and how they perfectly mold together. -Emma Goodwin

People keep referring to Thunderbitch as the “side project” of Alabama Shakes’ Brittany Howard, but I honestly find this debut release to be full of so much adrenaline and devil-may-care leanings that it is infinitely more entertaining and memorable than even the deep and impressive Sound & Color. The entire album appropriately matches its title, but don’t be turned away by the deceptively aggressive band name. Thunderbitch loves you, too, even when she feels a little bitchy, so give her a chance. -Claire Schroeder

This end of the year line-up would not be complete without the highly anticipated comeback album of Grimes, Art Angels. From the awesome Marie Antoinette on a tennis court music video for “Flesh Without Blood/Life in the Vivid Dream” to the kick-ass album art, this album was a huge synthpop success. It’ll hopefully be a gateway for Grimes to continue to make more great music testing the alternative genre limits. -Emma Kelley

This album has been included in a surprising number of year-end lists, but one listen through makes it impossible for us to go against the grain by ignoring it. Shelley is no novice in the music scene, but the overall beauty and richness of Over and Even has drawn more attention than ever before to her thoughtful music. -Claire Schroeder