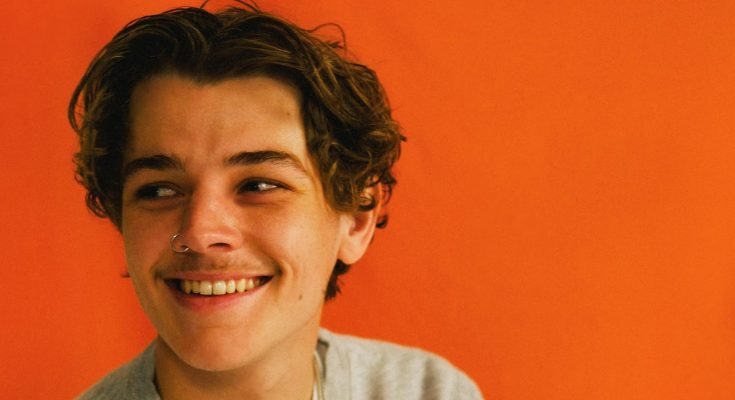 Twenty-year-old singer-songwriter Thomas Headon has undoubtedly succeeded in making a name for himself in the indie music scene. After releasing two singles, “Grace” and “Clean Me Up” in 2019, Headon gained a massive following on social media due to his bouncy, experimental pop sound and his personable disposition. He now has millions of streams on each of his songs and over 700,000 monthly Spotify listeners. Coining himself “the lead singer of Thomas Headon”, he has gone on to release two more EPs, The Greatest Hits and The Goodbye EP (ironic considering his career is far from over) and two more singles: “Bored”, a collaboration with Lizzy McAlpine and most recently, “Nobody Needs To Know”.

Headon’s music is hard to fit into a single genre. In a 2020 interview with Notion, he states “Bedroom pop? Indie pop? Alternative pop? Not sure. I just enjoy writing songs and singing them and playing the guitar!”. This variety in sound contributes to Headon’s range as an artist and sets each of his songs apart. He is an artist who is willing to experiment with different melodies, instruments, and other musical elements. His music reads almost as a diary, as it feels like a collection of moments and memories that have helped shape his life. His lyrical work can be described as incredibly focused and detailed, choosing to capture every element of the moment or situation in which the song is about. For example, the song “Car Window” off of The Greatest Hits EP is all about a singular interaction he had with a stranger at a red light.

Headon’s music presents a fun, dynamic, and versatile collection of songs to the music scene. No two songs are exactly alike in melody work, musicality or subject matter. Below are some of the standout tracks in the diary that is his discography.

“UrbanAngel1999” is the fifth track off The Goodbye EP. It was released as a single prior to the release of the EP and gained a massive amount of popularity during that time. In the 2020 Notion interview, Headon stated that “UrbanAngel1999” was his favorite track off of the EP. He explained “It’s so left and different to something I would usually create… but I love that about it. I think I’ve got that song out of my system and I probably won’t create something similar again, but I wouldn’t change it for the world”. The song tells the story of a one-sided romance occurring mostly online, which is a novel and interesting take on a love song. It is perhaps the most “bedroom pop” of Headon’s discography, a clever choice given that the bulk of the song’s narrative takes place over Headon’s computer in his bedroom. The instrumental work is a simple, electronic melody, which counteracts the quick pace of the lyrics. This track is not only my favorite of Headon’s discography, but possibly one of my favorite songs of all time. It is catchy, clever, and heartbreaking all at the same time and the layers of complexity make the song even more enjoyable to listen to.

“Focus” is another one of the standout tracks on The Goodbye EP. This track shows the influence of other modern indie artists such as Frank Ocean or Dayglow on Headon’s work. This song, similar to UrbanAngel1999, is also about a one-sided romance but distinct musical choices set it apart. The song’s verses are told in slow, spoken word with a simple four chord loop on the synthesizer. The lyrics sound as if Headon is restrainedly trying to explain to someone the feelings he has toward them, but get more and more passionate as the song progresses. The melody and instrumentals start to pick up in the pre-chorus, but eventually explode into the chorus. In the chorus, Headon exclaims “Focus on me, if you see me/ Do you see me?/ I just wish you would look at me”. Headon realistically displays the frustration and passion of an unrequited romance, but gives his own unique take on an arguably popular song topic.

“Clean Me Up” was the first of Headon’s songs to gain massive media attention and led to him acquiring a large following and fanbase. In general, Headon relies on lyrics to add complexity to his music, with the instrumental work remaining relatively simple throughout each of his songs. Because this is relatively uncommon in music, not to mention difficult to do well, hearing “Clean Me Up” for the first time surprised me. This tune tells the story of Headon’s repeated physical encounters with a woman in his life, but he craves something more consistent and romantic. The song is catchy, upbeat, and full of imagery. With a background of a synth melody, twinkling sound effects, and a classic pop beat, Headon reflects on his encounter in lyrics such as “Sometimes my bedsheets smell like you in the morning after/ I’m left to fix sh*t on my own when you’re already home/ You must have left out my window when I was sleeping/ And you took my sweatshirt, along with my feelings”. This tune undoubtedly deserves the love it got from fans everywhere, as it displays Headon’s talent for capturing every little detail of a moment as well as his eye for clever and artistic musical choices. 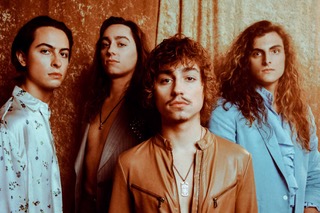