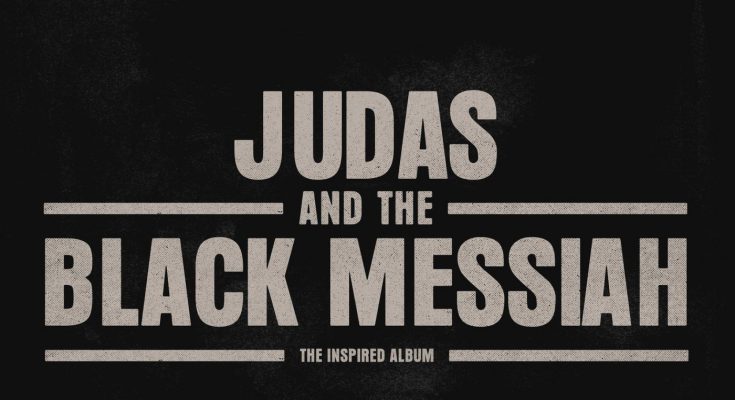 All well-made films — unique as each of them may be — nearly always have the same handful of foundational components that contribute to their noteworthy quality. Such attributes include stunning performances from actors, an original and deliberately written script, masterful cinematography, well-managed pacing of the plot, and last but most certainly not least, fitting and memorable music.

One can rightfully argue that movie soundtracks are just as essential to the quality of the movie as are vital components such as the script and quality of acting performances. After all, where would the cinematic world be without John Williams’ soundtracks for blockbuster series such as Star Wars, Jaws, and Indiana Jones, or without Hans Zimmer composing iconic scores for movies like Interstellar, The Lion King, and Pirates of the Caribbean?

As crucial as movie soundtracks may be, the release of Marvel’s Black Panther in 2018 saw a new category of film-related music emerge: movie-inspired albums. While there have been instances where artists have used a film as inspiration to create a studio album of their own — Jay Z’s American Gangster being the most prominent example — Black Panther: The Album Music From And Inspired By is entirely unique.

The inspired album was curated by hip-hop phenom Kendrick Lamar and Anthony “Top Dawg” Tiffith, which resulted in a heavy presence of artists signed to Top Dawg Entertainment, the west-coast record label that is home to artists such as Kendrick Lamar, SZA, Schoolboy Q, Jay Rock, Isaiah Rashad and Ab-Soul. While TDE certainly dominated the album’s tracklist, other big names were given opportunities to shine with stellar features coming from The Weeknd, Travis Scott and Anderson .Paak.

Black Panther: The Album Music From And Inspired By was met with not only an uproar of pleasure from hip-hop fans but also a notable amount of critical acclaim, with hit single “King’s Dead” winning the Grammy award for Best Rap Performance and executive producer Ludwig Göransson winning Grammy and Academy Awards for Best Score Soundtrack for Digital Media and Best Original Score, respectively.

The widespread commercial success garnered by Black Panther: The Album Music From And Inspired By laid the foundation for future movie-inspired albums to come and is to thank for the latest installment in this category, Judas and the Black Messiah: The Inspired Album.

Judas and the Black Messiah is a recently released biopic that tracks the final year in the life of Illinois Chapter Black Panther Party Chairman, Fred Hampton, and how an FBI-planted informant led to Hampton’s assassination by the federal government. The film has been well-received thus far and tells a powerful story of how a 21-year-old black revolutionary was targeted by FBI head director J. Edgar Hoover as a national security threat and was subsequently murdered.

Due to the powerful nature of the film, RCA Records and executive producer Hit-Boy were endowed with an incredibly difficult task in making an inspired album. While Lamar, Top Dawg and Göransson most certainly deserve all the credit they’ve been given for the success of their Black Panther-inspired album, they were charged with making an album about a Marvel superhero — RCA and Hit-Boy had to create an album that compliments a weighty film about a man who many hail to be a martyr of the Civil Rights Movement.

A film that paints such a moving account of a tragic historic event warrants an album that does the stirring narrative justice — Judas and the Black Messiah: The Inspired Album is by no means the perfect complement to the film and Fred Hampton’s life work, but its sincere attempt to be that yielded some noteworthy highs and marks a step forward for the movie-inspired album genre.

The project begins with a monologue from Fred Hampton, Jr., Chairman Fred’s son who was still in his mother’s womb when Hampton was assassinated by federal agents. Hampton, Jr. uses his time on the album to highlight the unconstitutional misdeeds of the FBI under J. Edgar Hoover in the 1960s, namely the formation of COINTELPRO and other efforts to stifle radical voices in the Civil Rights Movement. The impassioned monologue adeptly sets the tone for the rest of the album — sometimes this tone is nailed home perfectly, while others it seems to be wholly absent.

Notable standout performances that are most directly in line with the tone of the film include Jay Z and Nipsey Hussle on “What It Feels Like,” Black Thought and C.S. Armstrong on “Welcome To America,” JID and Rapsody on “Somethin’ Ain’t Right,” and Rakim on “Black Messiah.” Even with the star-studded feature list, executive producer Hit-Boy welcomely surprised listeners with some of the album’s most memorable bars on “Broad Day,” one of the most potent being “This ain’t a movie or nothing // Black plight associate lootin’ Louis with justice.” Although this is a movie-inspired album, Hit-Boy does well to remind the listener how the movie is an account of the real world, and that the album is inspired by attitudes in the past that still impact society and its lack of civil justice today.

Given that Chairman Fred was an icon to the Civil Rights Movement within the city of Chicago, it’s only right that troves of skilled Chicago artists appear on the album his legacy inspired — some of these 312-natives include Saba, Smino, BJ The Chicago Kid, Lil Durk, G Herbo and Polo G. While the heavy Chicagoan presence is welcome and appropriate, it doesn’t always work to the album’s favor.

The biggest problem with Judas and the Black Messiah: The Inspired Album is its pacing, and this issue can be lent to a select number of songs dissonant of the film’s tone that feel unnecessarily shoehorned in — the tracks featuring BJ The Chicago Kid and Lil Durk specifically come to mind.

BJ and Durk’s tracks may have replay value, but their lyrical subject matter and production style distract from the album’s overall tone. These interruptions in the album’s tone as the result of a few popular Chicago artists holding too firmly to their signature sounds is made even more disappointing when one listens to the tracks by similarly popular Chi-town artists Polo G and G Herbo, who perfectly toed the line between maintaining their trademark styles their fans love and bending toward the somber narrative of the film.

With the successes and pitfalls of crafting a socially conscious album based off a grave film now out in the open, one can rightfully harbor excitement for how the next troop of artists will learn from Judas and the Black Messiah: The Inspired Album when they create the next daring movie-inspired album. Film-inspired music is a genre still in its toddler years, and for that reason, one would be remiss to not stay tuned for the exciting developments that are bound to come in this budding field of music.