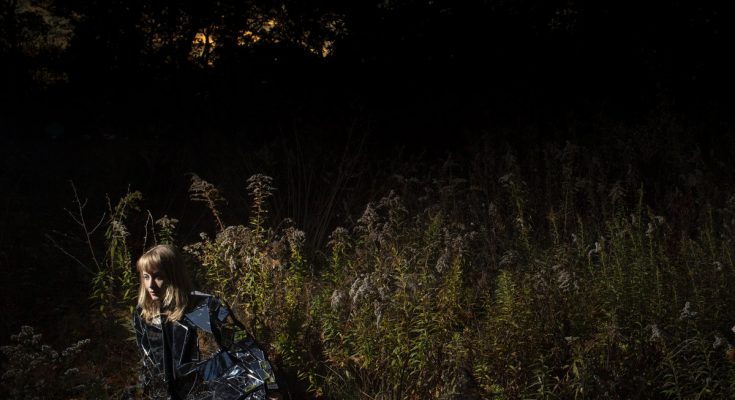 “I should get all this dying off of my mind” Tamara Lindeman sings, coming to a crescendo at the end, almost as if she is drowning and losing breath. These lyrics come from her outstanding ode to climate change’s irreversible effects on the state of the world, “Atlantic,” the second track on her latest release, Ignorance.

Ignorance, the fifth full length album from The Weather Station, led by Lindeman, is an intoxicating art pop, folk-infused album that gains much of its inspiration from the natural world. Mixing these naturalistic elements with current social issues, Ignorance finds Lindeman fully coming into her own, blending lyrical maturity with deeply inspired and moving orchestral production.

The first striking element of the album is Lindeman’s vocal performance. As mentioned, “Atlantic” finds the artist struggling to keep her head above the water as she sings, referencing the rising sea levels as a result of global warming. This is not the only case, however, with other themes manifesting in each track’s vocals. Lindeman’s hushed tone on “Robber,” the opening track that calls into question the validity of capitalism, comparing it to a thief breaking in, reflects a fear of someone entering her home. While her voice, often muted on previous releases, is not a powerhouse as others, it is these smart choices she makes in singing that draw attention to it throughout the album.

Perhaps the strongest element of any The Weather Station release is the lyrics, and Ignorance is no exception. Her songs play out as beautifully crafted poetry, opening the listener’s mind to Lindeman’s own world. Tracks, such as “Trust” and “Wear,” evoke vivid imagery to get their points across. The former opens with “Dim the lights and draw the curtains/ this is the end of love,” comparing an emotional breakup to the ending of a theatrical performance. “Wear” uses a multi-layered metaphor, equating the world to a worn-out garment that no longer fits Lindeman. She sings “Why can’t I be the body graceful in the cloth of it/ why can’t you want me for the way I cannot handle it/ am I ever understood/ am I hidden by this hood?,” wondering if the world will ever accept her. These lyrics, although deeply personal, latch onto the listener and connect with emotions everyone has felt. It is this specificity and simultaneous generality that makes The Weather Station’s lyrics so compelling.

Equally as potent as the vocal performance and the lyricism, the production of Ignorance finds Lindeman experimenting with her sound. Previous releases used a folk-based playing style, truly showcasing the lyrics of her songs. Ignorance, however, matches the expertise of her lyrics with detailed pop-oriented production. Backed by a band for this album, production-oriented songs, like “Heart,” employ flute and a great percussive line that get the listener up on their feet, a different vibe from the rest of her releases.

Album highlight, “Parking Lot,” is a great example of the conjunction of these three facets of the album. Immediately kicking in with a danceable disco-esque beat, “Parking Lot” finds Lindeman encapsulating a meeting with a bird with such precise detail that it is difficult not to picture it in your head. With flourishes of her voice throughout to imitate the action of the scene, “Parking Lot” is the perfect storm of the fantastic elements of the album.

To top off the excellence of the album, Ignorance’s cover conveys the message of the album just as clearly as the songs. Featuring Lindeman sitting among nature in a mirror-covered jacket, the image begs the listener to reflect on their behaviors, thoughts, and actions to ensure they are contributing good to the world. Lindeman wants the listener to look in the mirror to ensure no one is being ignorant to the issues facing our world. There once was a time when ignorance was bliss, but no longer can this be. Change must be bliss.