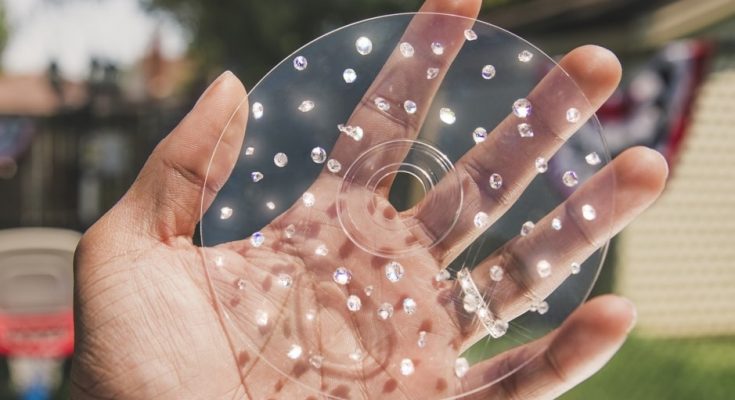 Chance the Rapper is sailing the high seas with his new album, “The Big Day.” This album is a masterpiece, attributing three tracks of the album itself to soundtracks of skits consisting of conversations between individuals that might be found on the Southside, where Chance is originally from. Plenty of the songs have similar patterns of his previous albums with gospel hooks and rap verses, but this album is less demanding of lyrical composition and focused more on general melodic lines catching nicely.

Chance’s songs are generally applicable to good feelings, meaning they’re applicable to all people in different situations. Although he stresses his placement in the Southside, he also makes sure each album is open to people of all geographical habitations to encourage the culture of black music to spread across the less touched areas. The new version of Sunday Candy would be “Found A Good One (Single No More)”, a feel-good song about the joy that can come from a newfound relationship in an individual’s life. I always found it interesting how he combined the hooks from typical dark-skinned kin and jazz, combining R&B elements with the jazz aspects of gospel music. They still have the hip hop qualities and general heavy bass tunes while not every going too far into the current R&B artists but still connecting to Chance’s meaning to this album.

In general, Chance approaches the idea of being a father throughout the album, husband and father — concepts familiar to Chance’s tones. In “We Go High”, Chance connects the Southside with the familiar righteousness of others going low. When looking at the perspective of combining a variety of perspective, “We Go High” does this delicately, defining the differences between two different settings and groups of people, those who find God and those who go ‘low’ instead. Chance often refers and relies on God and praises him throughout his albums to differentiate and identify with people around him. When I look at stereotypes, this view of religion and its importance redefines what society may consider ratchet or righteous.

Stepping away from the politics, this album contains three skits, “Photo Ops,” “4 Quarters in the Back,” and “Our House.” As mentioned earlier, these resemble everyday life in the Southside of Chicago and are meant to help the envisioning of reality, subliminally composing the faces of oppression in action. This reality is neatly composed in the songs of this album while still giving meaning to characters created in the album, an album placed particularly in this album.

This album takes a massive direction towards a variety of pop selections and steps away from rap mostly. “Ballin Flossin” is another song that is mostly composed of catchy hooks and repetitive electronic beats. Personally, when comparing this to “Acid Rap” (absolute gold) and “Coloring Book” (a safer version), it stands as the most Westernized and central to popular music. In this song Chance gives an idea of where across America people crave Chance’s attention and its apparent its people all over the country. “All Day Long” is where Chance drops his typical remarks of ‘we back’ and ‘yup’ that are most similar to his thrilling sequences in “Acid Rap.” This is where a decent remark is attributed to the people who are involved in the album, such as John Legend and Ed Sheeran. This is catchy and more reminiscent of R&B and gospel feels. When scaling measures of R&B soulful feelings, “Handsome” takes a step towards the modern rap artists that Chance sometimes can be separate from. The falsetto and drops in this song give Chance the mold of fantasizing about women and cars in the air of Chicago. Chance belongs well in the rap category, but he naturally brings a cheerful presence to rap. “Handsome” gives the energy of feeling attractive from the positive and confident feeling rather than physical emotion.

“Roo” is a track that separates from the natural measure towards God that Chance gives. “Roo” is a more lethal and violent version of Chance’s emotion towards religion and even takes a step towards underestimating his own delivery of accomplishment. He speaks of PTSD and drugs and how the music industry might have looked at himself as being the king of some empire, but now he’s taking a look back at the lessons he has learned. “Get A Bag” is composed of a repetitive R&B hook with a drop throughout the song and Chance’s voice being particularly endearing to listen to in this song. This steps away from rapping about his problems and diving back into women and the success coming from the lifestyle he’s chosen.

One of my favorite songs from the album is “Slide Around,” a song about hanging out at home and chilling. This is another good feels song separate from the beat and actual lyrics. He naturally drops inclusive beats that can heavily bring the streets together.

“Do You Remember” is a realistic way to think about how Chance may look back at his mistakes or how the composition of his hanging out might result in relationships. Death Cab for Cutie, an indie band, gestures nicely the yin yang between making friends and doing business. “Do you remember when we were young the sun would last forever?” moves us towards appreciating our friends and their effect on us, knowing the way they affect us will live on with us regardless of what might happen in between. He speaks of the last summer of his teens, which is where I’m residing now, and this song recalls a clean display of what we learn as we grow older. The album has a natural rhyme and reason to what an individual might grow up understanding and learning about if they were to pay attention to how to learn street smarts, apparent in “Sun Come Down”. This is wrapped up in conclusion in “5 Year Plan” (featuring Randy Newman), where Chance uses the voice of an elderly man to walk us through how many differences and mistakes we might interact with when revealing ourselves to another version of growing up, the manner that might be a career, where we might leave with more questions than answers and more losses than wins.

Other mentionable songs are “Big Fish” (featuring Gucci Mane), hitting again the more rap and hip hop features to what Chance promises. Here Gucci Mane starts the song with a prideful rap and ripping into the problems with record labels, but becomes more serious a minute into the song, giving relief into the heavy beat. This song encourages people of all cultures to believe in themselves as if anyone can do if Gucci could do it. “Hot Shower” is more of a direct calling to his audience and his appreciation for the beauty and magnitude of women introduced to him during his time in this business model. That, and a quick mention to his plugs and those who make it steamy along the way.

“Town On The Hill” reminds me of a combination of a horror movie and a remixed St. Vincent song. This song gives way to Chance’s storytelling well. The town on the hill reminds Chance of the delicacies that bring gratefulness back to the Father.

The album titled song is “The Big Day” and Chance is happy we are here. “The only way to survive is to go crazy…” This song has extremely dramatic and effective changes between verses and choruses, giving strong impressions of truth to that statement. “The Big Day” might just be the day Chance lost his marbles. The final song put to review on this album is “Eternal” with Smino. This goes back to typical R&B rhythms and puts Chance back on his throne of upbeat and symbolic rejoice. This brings popular culture to the brim of Chance’s positive vibes and puts an endless spin onto the album, the same type of endless and eternal charm on his other albums. This again returns to the separation of those on the Southside with maybe the suburbs and how they dance and behave without ever losing sight of each gain. Chance refers to this often in ways that break the stereotype, and “Eternal” does that same manner nicely. If you want to have your organs sing gospels, turn on Chance’s album, “The Big Day.”