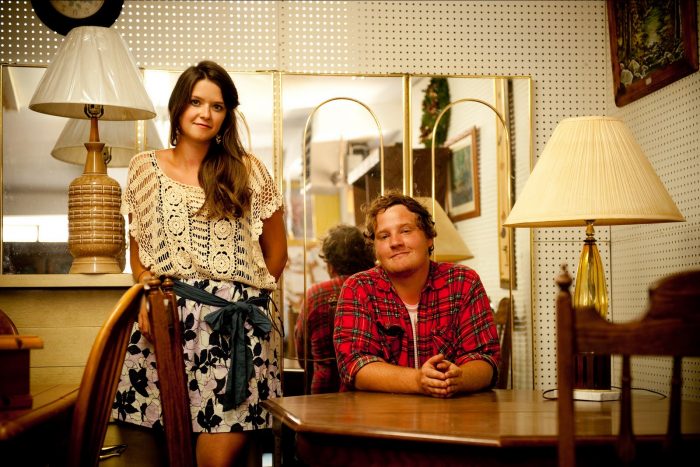 There’s something about Cotton Jones’ “I Am The Changer” that feels like it was meant to be played as the sun sets, on a summer road trip, with the windows down on a winding country road.

I don’t even know how this ended up on my Discover Weekly playlist as I rarely ever listen to indie folk. I might’ve listened to “Home” by Edward Sharpe and the Magnetic Zeros at some point the week before, which was honestly one of the only folk songs I knew prior.

This was the only song that, immediately when first listening to it, was starkly different from the rest of the playlist. And not different in that it was experimental or revolutionary but different because it was plain. Ironically, it’s now among my favorite indie songs to listen to.

Cotton Jones, a husband and wife duo from Cumberland, Maryland, consists of Michael Nau and Whitney McGraw. They’ve been laying low for the entirety of their career, dishing out LPs and EPs since 2008. And since that fateful day I stumbled upon this song, I’ve listened to their other work with pleasure. But to be blunt, none of them even come close to “I Am The Changer.”

In hindsight, the song doesn’t seem all that eventful. A simple guitar melody and keyboard progression repeats for the entirety of the song as it rests on soft acoustic drums. Michael sings elegantly while Whitney duets with him for the main chorus, adding a dreamy reverberating effect to it. The lyrics are uncomplicated; there’s really only one verse and the main chorus here with words interchanged lightly throughout. All together, it’s six minutes and thirty seconds of slow, mellow music that you can fall asleep to.

Even the technical aspects of it are pretty generic. This is the last track to play on their LP, “Paranoid Cocoon,” and is also the longest one on there. How many other bands follow the last-song-on-the-album-gotta-make-it-long-and-sad trend?

And that’s the point. “I Am The Changer” is a reflective, moving song that seems passable, but has more depth the more you listen to it. Even the lyrics encourage introspection if you pay attention. There’s traits of indecisiveness and procrastination as Michael sings “You know I’m a waiter/ The hesitater/ I will get to it later/ But I’m a liar,” which is deceivingly elementary and shallow — a six year old could make up these lyrics for a poem or something and it’d be just as fitting. And for some reason, it works so well with the rest of the instrumentation. This is a simple song that, on the first listen, would seem forgettable.

But then it grows on you. I played this song almost every time I drove my mom’s car this summer. And oddly enough, it feels increasingly more moving when I was on my way back

home. Something about this indie folk gem really struck a chord in me, bringing a feeling of being homesick. And funnily enough, I was only forty minutes away from my townhouse. Give it a listen below.