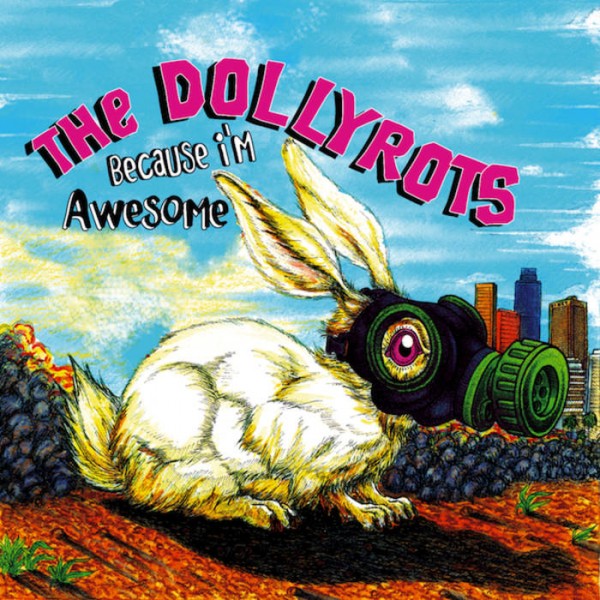 Because I’m Awesome – The Dollyrots

Listening to Because I’m Awesome by The Dollyrots is like taking a time machine directly back to the year 2007. Ironically, that’s the exact year this album was released. It doesn’t take a musical genius to hear that this album is aiming for the classic teenage angst feel that is so iconic to the 2000s music scene. Avril Lavigne and The All-American Rejects were blazing this same trail at the same time.

This album’s teenage angst-rock feeling is quite relatable to a vast majority of listeners. In many ways, this album sounds like the perfect soundtrack to an early 2000s movie about teenagers. It must be said though that the subject matter heard in the music does not lend to anything that might be complex in lyrical content. This sort of album only leaves its listeners in an energized, youthful, hard rock zone.

Now I’m not saying there is anything wrong with this album; I personally thought it was a delightful listen. A personal favorite of mine from the album was the song “Out of L.A.”. The song feels like a real standout on an album mostly about the trials and tribulations of relationships. Its lyrical detail about a journey away from L.A. is quite catchy and could easily be an anthem for a road trip with friends.

Overall, I really liked this album. I will admit that I think this album could be more multi-dimensional. With that being said, I believe that if you judge this album based on its own merits, it is a very solid album. In the modern music landscape, albums with the teenage angst feeling of Because I’m Awesome do not come out very often. One could only speculate as to why this is, but I believe that there is a gaping hole in the market for more albums like this one. Besides, nobody could possibly tell you that they have never found comfort in a break-up album.