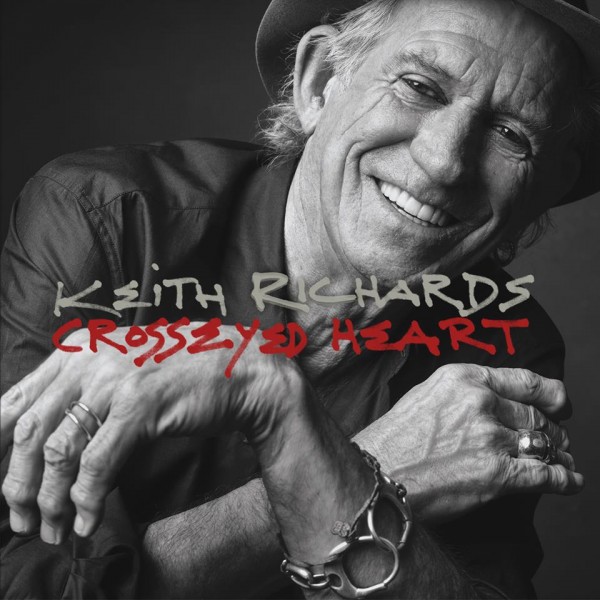 Keith Richards has been playing music for a long time. Think about it. Since the he was playing old Muddy Waters tunes with garage bands, music has gone through cassette players, CDs, mp3, and now online streaming. Rolling Stones may have once been “The World’s Greatest Rock and Roll Band,” but since then rock music has gone through distinct evolutions, each with their own representative bands. The world itself has taken leaps and bounds socially and politically since the early 1960’s.

So yea, he’s been playing for a really long time.

The interesting part of his new album, Crosseyed Heart, is that it that Richards seems to not have noticed any changes. One could almost sneak these songs into the track listing of Let It Bleed and only the hardcore fans will notice. The biggest nod to contemporary times is the inclusion of Norah Jones as a guest writer and singer on “Illusion,” a slow jazzy/blues duet you could slink into like a beanbag chair.

Jones isn’t the only guest artist. Richards has been in the music business for a long time and calls in favors from some veteran players. Pedal steel guitarist Larry Campbell adds great color to a few tracks. Another notable guest was Bobby Keys, an old friend who passed away just last December, playing sax on the rolling tunes “Amnesia” and “Blues in the Morning.” Only the second really gives him any kind of prominent mixing, but it is eerily interesting to listen to a man play one of his last recordings with the same swing he plays on every other recording.

As for Richards’ own performance, he delivers as you expect. His solos are just a louder, slightly altered version of the riff that he’s been playing. This helps the songs, and the album as a whole, keep a momentum that’ll sound familiar to Rolling Stones fans. His vocals are grovelly and gripping. You can hear the wisdom of experience in all these close-miked tracks. You especially hear it in the title track, which steals the show as best song. Richards digs deep and brings out a Delta blues number that sounds like what Robert Lee Hooker would record today.

After that track, Richards does the same thing but with a backing band now. They play an assortment of classic styles that only hardcore blues or Rolling Stones fans will really be able to distinguish and appreciate. “Substantial Damage” stands out slightly by giving Richards a much bigger sound vocally, and “Love Overdue” is Richard’s middling try at straight reggae.

At the end of “Crosseyed Heart,” Richards mutters “All right, that’s all I’ve got,” which is an ironic way to end the first song of the album. It does serve as a fitting motto of the album though. Richards has learned a lot from Chess Records blues and doesn’t seem at all interested in learning much else. Richards lays out 100% of himself into this, and for Rolling Stone fans, that’s the best news in years.