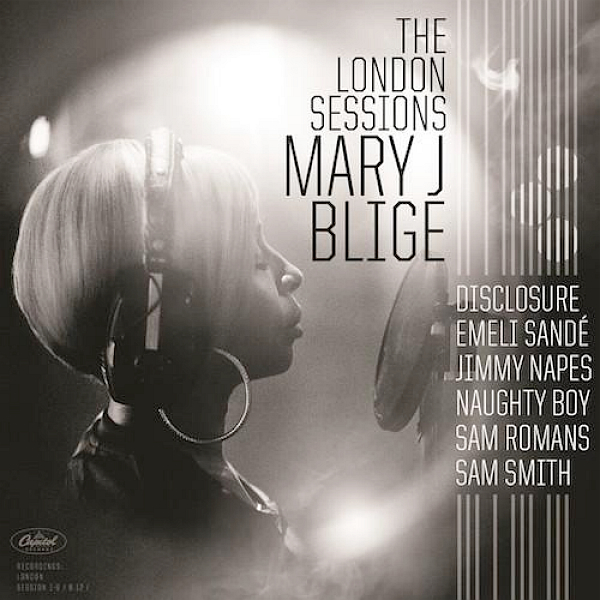 It’s always a pleasure listening to Mary J. Blige’s voice, so I was more than eager to listen to her latest album, The London Sessions. Throughout all of her work, Mary J.’s voice is always the focal point, and that is more than true in this album. Her voice is versatile enough to work with many different genres, and it is shown in the variety of style within this album. She works it with slow R&B ballads, yet has the power to make a statement in faster paced songs like “My Loving.” This song had a modern day club beat, which got somewhat redundant, but certainly dance worthy. Her collaboration with Disclosure, “Follow,” was also another fast beat song. Many of the other faster songs on the album like “Right Now” and “Pick Me Up” were not single worthy, most of them sounding similar with the same beats. “Whole Damn Year” was the song that stood out the most, not quite as fast as the others mentioned but had very powerful beats and awesome harmonies in the background tracks.

The ballads were a greater feature in this album and I’m not gonna lie, I might have shed a tear listening to “Not Loving You.” The song was moving and just a piano in the background made Mary J.’s emotions come across even more raw and powerful, especially with the lyrics in the refrain, “there’s only so much I can do/ if you’re not loving you.” Another favorite ballad from the album was “Worth My Time.” Again, a simply piano and strings song but seriously something to treat your ears to.

The other songs that are worth noticing are “Therapy” and “Doubt,” both on the more gospel and R&B side. The London Sessions album is a treat to listen to just because Mary J. Blige has a timeless voice. It’s not too out of the box and doesn’t have that many songs that are groundbreaking or single material, but that doesn’t imply you shouldn’t check out the pure magic that is Mary J. Blige. Her charisma and emotions bleed through the entirety of the album, and has still secured her in the spot as queen of R&B.