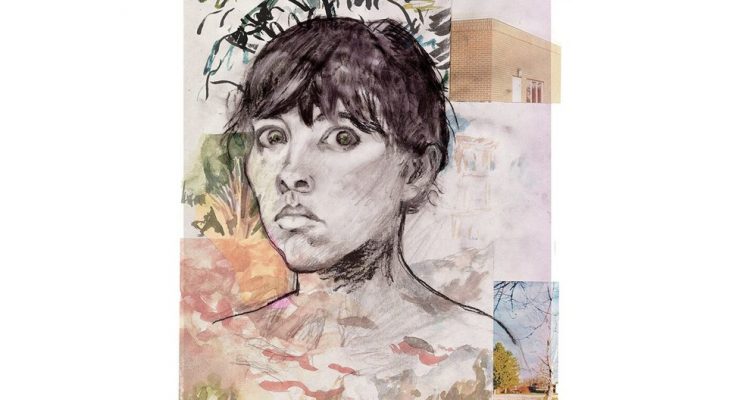 The last time Frances Quinlan’s voice was heard, she was dancing across 2018’s Bark Your Head Off, Dog, taking a new tone for every song that came up. Wherever her vocals enter into the production process, Quinlan’s ability to create a unique space, both lyrically and musically, has always been one of the key strengths of her projects. The same is still true on her first solo record under her name, Likewise, with her voice acting as a carrying force that the music jumps and sways with at every turn. From the just-remembered crooning that makes up the opening track to the clawing yells that make up the conclusion of “Went to LA,” Quinlan puts out a project where she is able to show off every quality that makes her music shine.

The project itself is short, nine tracks including ending on a cover of Built to Spill’s “Carry the Zero,” but its quality is strengthened by each song’s own polish. The way that “Piltdown Man,” the opening cut, carries itself from a distant remembrance into the reassured recollection of “Your Reply” allows the listener to find the same sureness and expanded vision that Quinlan shows throughout the album. Her singing always draws beautiful and precise attention to her words, stories and small observations that accumulate into a growing understanding of what efforts are put into love. Images stretch from the natural to historical, the literate to the animalistic, but there is never a lost vision of what being a person looks and sounds like even as the paths of these songs carry a dream-like weight. Whether this is looking out and catching sight of a lawn to ask, “It shouldn’t be so green in December/Do you think we should worry?” or asking more precise questions to continue conversation such as, “Are pigeons ever cannibalistic?” As far as these lyrics stretch into the absurd, this is all balanced with mannerisms and language that reflect the speech around us, whether in the simple response of “sure, sure” to repeating something to someone to reassure of its truth. Quinlan finds honesty between all these divides and makes something that is both captivating and personable. There’s always the feeling of sharing in a joyous someone shares with you at a party or finding that one thing a person says that tells a little more about their life and that Likewise is able to capture that energy is part of what makes it a fantastic triumph.

Quinlan’s first solo album allows her to bring qualities present in her Hop Along discography into a more precise view, and better for it. Different stories told, different tones taken, lead there to be a mood to be caught in or a lyric to sit on for any pass of the album. Music more generally led by synths instead of the usual guitars allows explosive climaxes and soothing backing as necessary to balance Quinlan’s vocal performance with grace. She finds freedom here in Likewise, relaxing and exciting all at once, and every bit of her performance and feeling makes its way into this project.