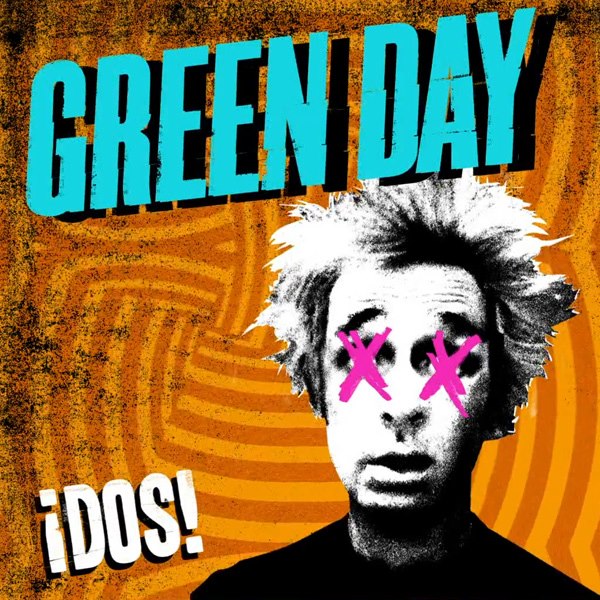 Announcing the releases of three albums in a matter of months may seem original (albeit far-fetched), but the sheer amount of new music is perhaps the only interesting part of Green Day’s most recent release, ¡Dos! Like other albums from their past, ¡Dos! contains a number of songs that are entertaining when played individually. However, like its recent predecessor, ¡Uno!, ¡Dos! lacks the originality and intrigue needed to keep a person’s attention through all thirteen songs.

The album begins with one of Green Day’s more tender songs, “See You Tonight.” Compared with the fast-past strumming and enduring drum-pounding of the following tracks, “See You Tonight” seems like it may actually be the stripped down version of a song. While the rest of the album contains songs that have clearly been produced and layered, this first song provides a pleasant contrast with its simplistic, undistorted chords and gentle harmonies. Unfortunately, the sentiment does not last, as the song segues into one of the more frightening tunes on the album. “F*** Time” introduces a disturbing notion, which reoccurs several times throughout the album: the notion that Billie Joe Armstrong has sex appeal, and lots of it.

Other songs which most distinctly demonstrate Armstrong’s sense of confidence are “Makeout Party,” “Ashley,” and “Nightlife.” While “Makeout Party” and “Ashley” should be avoided, since it is truly difficult to listen to them without feeling sick, I would recommend listening to “Nightlife” at least once. Easily the most surprising track ¡Dos! has to offer, “Nightlife” is entertaining in that it is a mystery whether or not the band means for the song to come across as a serious piece of music. I’d like to think that the song is all a big joke, but the ambiguity is part of what makes it funny. Lady Cobra joins the band on the track, and her vocals are ridiculously suggestive, to say the least.

Apart from the disappointingly immature songs, Green Day also churned out a few decent songs with ¡Dos! For example, “Lazy Bones,” provides a small change of tempo and a little bit of chord variation. While it is still not the most original song in Green Day’s catalogue, it is still worth listening to. Another song that helps provide some variation is “Wow! That’s Loud.” As the second to last song, it helps to end the album on a good note.