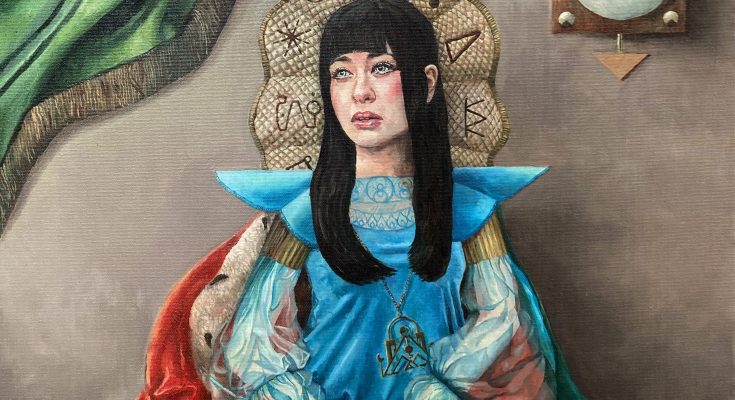 Music fans are often inlaid into paradigms of taste which alter the way in which certain subsects of fans talk about their favorite tracks or albums. These are never clear-cut nor required for people to enjoy their music, but it is typical for one person to like two different artists if there are similarities between their discography. The example of this phenomenon I want to discuss is the unification of fanbases between experimental hip-hop outfit Death Grips and experimental pop band Kero Kero Bonito. The prior American trio has a year seniority over the latter British trio, yet their name and sound has been a much more popular one, spreading across the Internet with the rapidity only achievable through memes. More often than not, people are familiar with Death Grips and not with Kero Kero Bonito, and so I am here to convey to you that there is in fact more popular experimental music for you to enjoy!

Kero Kero Bonito largely differentiates their sound by being influenced in their art by pop. As a result, their unique take on the genre is likely what we have to thank (or curse) the origination of hyperpop for, as their dissonant yet poignantly catchy sound caught the ears of many people in the scene. If you’ve heard of hyperpop and felt the sound was too abrasive or grating, Kero Kero Bonito has a tonic; their most recent single “The Princess and the Clock” has an upbeat rave sound with shiny harmonies and a twinkling chorus about a girl who was taken from a place she can only just remember while remaining eternally a child. In the typical fashion, the instrumental lends itself to being a cheery passive listening experience, wherein the active listener will find the brightness of the song a dark and unsettling mask. If this single strikes your interest, the rest of KKB’s recent discography will likely find itself to your pleasure, as the band has kept a remarkable throughout their latest releases.