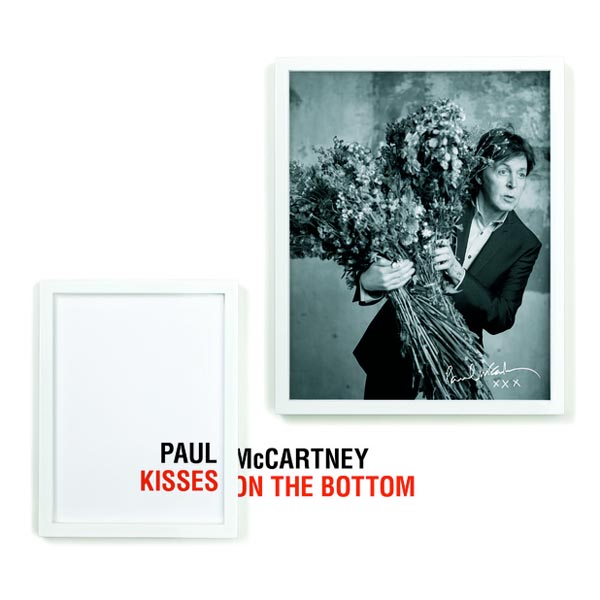 It goes without saying that Paul McCartney is one of the best musicians of our modern generation.  He is a legend among men, a master of his craft, and an enduring talent at that.  Though I, myself, never jumped on the Beatles bandwagon as many of my friends (or 58 year old parents) have, I see them for what they are, and can respect that they, in my opinion, built the foundation for most modern rock music as we know it.  Their definitely is still an inkling of that super-stardom left on Mr. McCartney’s newest album Kisses On The Bottom.

Admittedly, I am very unfamiliar with recent music from Sir Paul.  I was extremely surprised to hear that this is his 23rd album since the dissolve of the Beatles.   In his 23rd adventure, Paul McCartney has created something extremely pleasant in it’s simplicity.  It has a jazzy feel, coupling a lackadaisical piano with calm drums and vocals which fit into this almost seamlessly.  At times this starts to feel a little monotonous, but on the whole, the album is a great listen.

I’m sure Mr. McCartney knows that this album won’t define his career, and therefore he doesn’t do what so many musical artists try to do: try to make something groundbreaking.  Listening to the album lets the listener grasp Paul’s contentment, and that then connects to the listener, leaving a satisfying, carefree experience.

Certain songs like “My Valentine” and “It’s Only a Paper Moon” show the instrumentals for which Paul McCartney is so revered.  Even the simple guitar strums and chords seem to fit with the overall feel of the album.  Understandably, Paul’s voice sounds a little more aged and worn than it does on anything that I have heard of his before (mainly selected Beatles superhits), but this isn’t a bad thing.  It shows that he has aged more like a fine wine than a banana that turns brown.

McCartney certainly didn’t produce an earth shattering record with Kisses on the Bottom, but that’s ok with me.  Not every single album has to be the next Abbey Road, not even if it’s made by Paul McCartney.  This is an absolute fantastic album for just relaxing to some jazzy rhythms.  Especially for people who like all aspects of British culture, like me.

RIYL: Miles Davis’ Kind of Blue, Frank Sinatra, and She & Him

Check Out: “My Valentine”