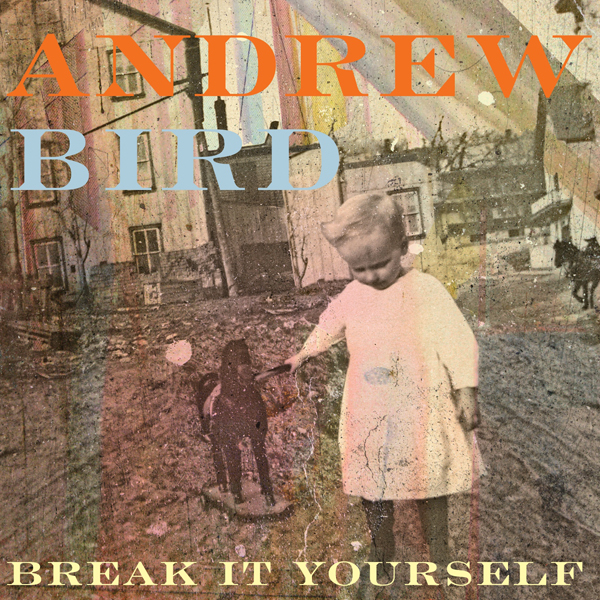 Andrew Bird is a brilliant artist, and his music has widely reflected this.  He has created a unique sound filled with violin guitar and whistling.  This sound he created for himself is abundant on his newest album, Break it Yourself; it is what makes the music on this album so great. It is full of clever instrumentation, melodies and rhythms. It was the same great sound I had grown to love from this Chicago area native artist.

The album, however, still left me wanting something a little bit more. While yes, the sound was great, I was hoping for something more new and innovative. Something like his 2009 release, Noble Beast, that stood out from his older work by its use of more techniques and sounds heard in modern popular alternative music. Instead, this album seemed to resort to his older sound.

From the future looking back, this album would hardly be distinguishable from most of Bird’s if it weren’t for Andrew Bird’s decision to stray from his cyclical recording process and record the songs with his band all at once. In Bird’s past several solo albums, he would record every track of every song individually, slowly piece by piece creating the song you would hear. Bird has, however, swung much more to the band oriented act. Bird decided to bring the band he had been touring with into the studio and record each song as a whole with them. This creates songs that can be much better represented when he plays them live.

There was also a distinct change in the lyrics to this album. Bird’s lyrical style tended to lean almost towards the scientific. This album featured not one, but multiple love songs and songs about other emotional topics.  This makes Bird infinitely more relatable. The lyrics of this album bring him back down to somewhere on Earth. The lack of long confusing scientific words such as those found in Armchair Apocrypha is a big improvement.

Overall, at its topmost layer, this album lacks spice and innovation, and at some point this makes them kind of boring. At its heart though, this album marks a big change for Bird. It’s a movement towards live entertainment over studio musicianship. It’s an effort to be more relatable and emotionally accessible to the listener.  These are good changes, but they should have been more visible and more accentuated by Bird. That said, his trademark unique sound is still good and still makes this album a better than average album.

Key Tracks: “Eyeoneye”, “Danse Caribe”, “Desperation Breeds”, and “Give it Away”