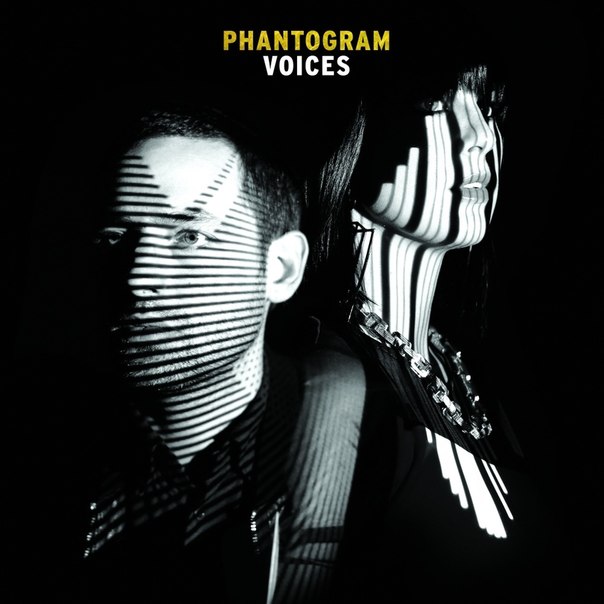 Back in 2010, when Phantogram was but a small duo signed to Barsuk Records and touring the country in support of their first album Eyelid Movies, I had the privilege to catch them at an in-store concert at the record store where I worked throughout high school. The crowd was made up of about 15 kids, none of which had previously heard of Phantogram, but were at the show for the pure love of the music (and the sheer fact that a touring band somehow made it’s way to Monticello, Illinois). The New York-based duo seemed to legitimately love the show, too, which was the absolute best part. From that very moment, I’ve been a massive supporter of Phantogram’s art, so when I was asked to review their newest effort Voices, I was extremely excited.

On my third listen through Voices, I came to a startling realization: if not for my personal connection to Phantogram, I think they would probably get lost in the fray of indie-synth rock that has seemingly exploded over the past 5-10 years. Somehow, however, the popularity of the pair from Brooklyn continues to grow.  Citing collaborations with Big Boi and The Flaming Lips, the case could definitely be made that Phantogram has no problem stepping out of their comfort zone, which is why Voices is surprisingly disappointing.

Don’t get me wrong, Phantogram is far from offensive. As I previously stated, I actually like their music quite a bit, and Voices is no exception. It features the same dance-inspired synths that were present all throughout Eyelid Movies and their Nightlife EP. Female vocalist Sarah Barthel’s melodies are as airy and etherial as ever, and truly do stand out on tracks like “Fall In Love”, which is what I believe to be the album’s most innovative (and probably most popular) track.

The track that follows it, “Never Going Home”, also seems to deviate from the typical Phantogram mould by featuring lead vocals from the band’s male half, Josh Carter, as well as intricately laced guitar and a melody I just can’t seem to shake from my brain. What results is a surprisingly varied track, which starts sultry and ends in a rousing fashion, which left me feeling inspired by the end, which is something I could previously never say about Phantogram, so in this sense, progression was fairly apparent. The only problem is that, over the course of Voices, these moments are few and far between.

Outside of these rare glimpses, however, Voices continually fails to expand on many areas where it could shine. Where Phantogram could have done something different, whether it be production-wise or creatively, they simply did not evolve. “The Day You Died”, for example, sounds like it came straight off of Eyelid Movies, even to the point where the chorus is so similar to “Mouthful of Diamonds” that on first listen, I legitimately got confused which album I was listening to and had to open up my iTunes just to double check I hadn’t mistakenly turned it on shuffle mode.

Voices is a good album. I just get the inkling when I listen to it that it’s all been done before, and that Voices, while being good music, brings a strikingly small amount of unique or innovative aspects to the table. The realm of indie/synth/electronic/slightly-subdued-dance has been done so many times before by so many bands recently that, when I throw my emotional attachment out the window (which is very hard to do), Phantogram tends to get lost in that same abyss. While I’m sure their upcoming show at the Virginia Theatre in Champaign will be fantastic, on Voices, there’s simply no aspect to set them apart from the masses of bands in the same genre.  As much as I’d like this to be a memorable album, it simply fails to accomplish that goal.

Check out the video for “Fall In Love” here: