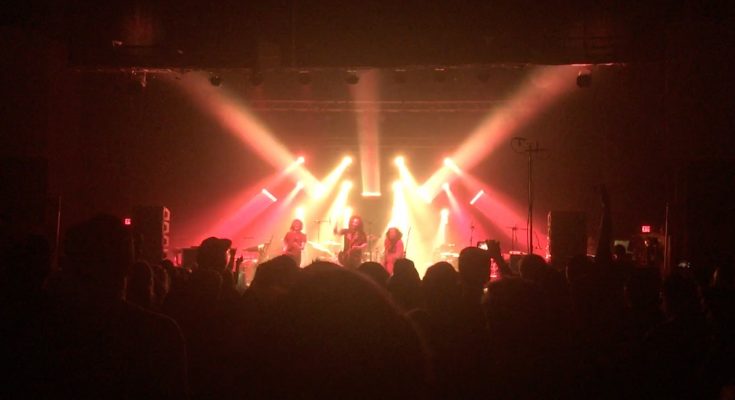 “All I want to do is F U N K!” The lyrics of one of Pigeons’ songs perfectly encapsulates their set while co-headlining Canopy Club with Twiddle. The set was a nonstop dance party from start to finish full of fun, funk and color. The music built up and broke down into just a simple baseline then built back up again. The entire experience – the music, the crowd, the incredible and colorful lighting, and the band’s obvious joy and passion for performing made it hard not to smile and there was absolutely no standing still.

Pigeons Playing Ping Pong is composed of rhythm and lead guitar, a steady baseline and an ever-building drumbeat, with occasional vocals which seemed to take a secondary role to all the rest. One thing that really stood out to me at this show was that every band member was showcased with a decently lengthy and show-stopping solo. Everything flowed easily from one song to the next, in and out of the solos that the set seemed to fly by. Pigeons Playing Ping Pong is certainly one of those bands that absolutely needs to be seen live – no matter how good they sound on recording, being there dancing with the crowd (or the “flock” as their fans are called) under the sweeping rainbow lights in the presence of four such natural performers is an experience unparalleled.

View all posts by Bridget MB →