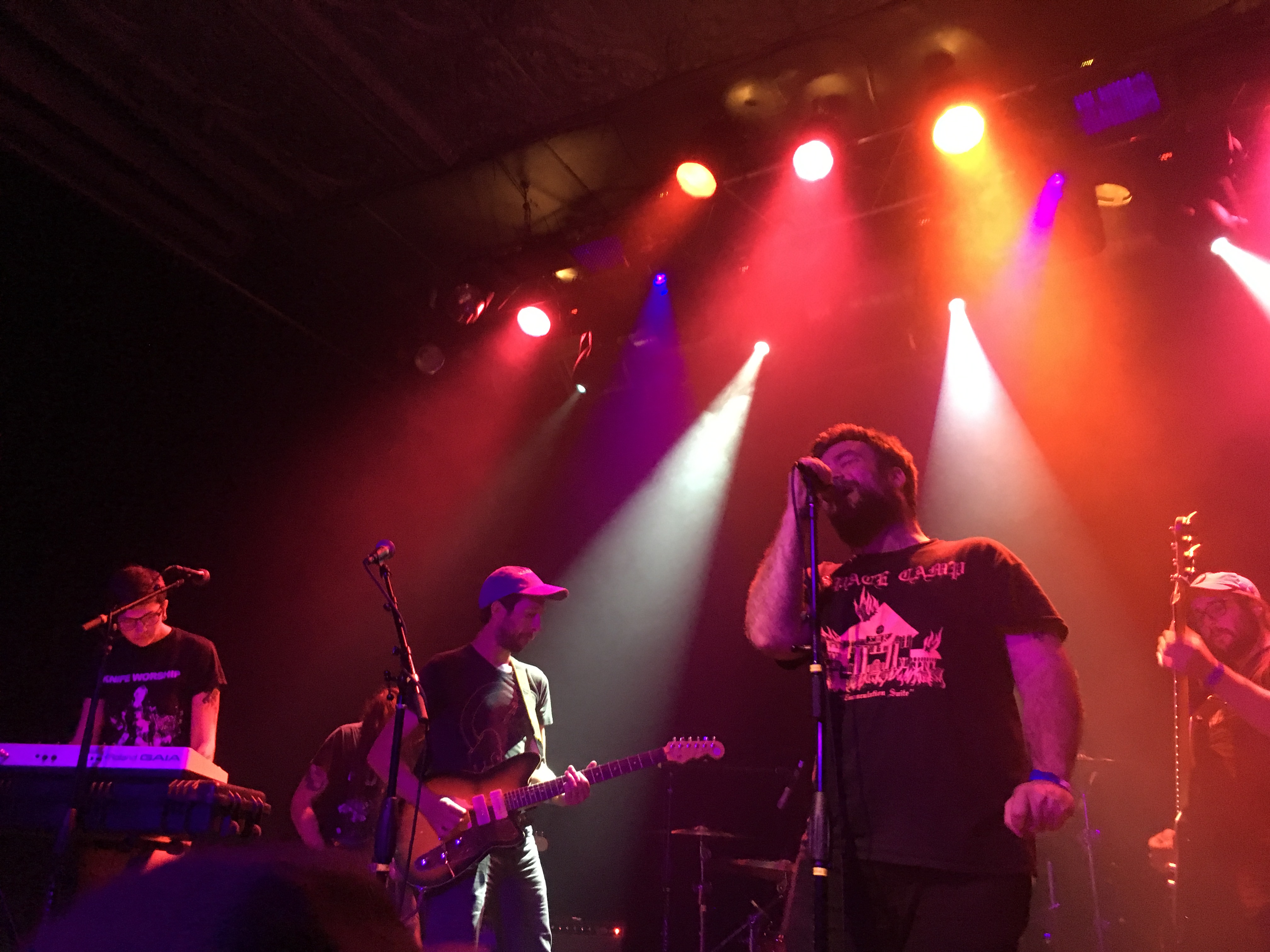 We had an incredible line-up this year. I wish I could have gone to every single set, but unfortunately I can’t be in two places at once. Nevertheless here were a few that I did make it to and absolutely loved.

Julien Baker – Julien Baker was incredible. Getting to hear her play in Krannert’s Tryon Festival Theatre, an acoustically perfect room, was probably a once in a lifetime opportunity. Julien is a one woman band who plays her songs live through the use of loops and other guitar and keyboard effects. She has an amazing vocal range, from soft, gentle and vulnerable to strong and forceful. Everything about the music from her voice to her guitar to her lyrics were beautiful. Her music is extremely personal and moving. Many members of the audience found themselves having to hold back tears. She told the stories behind a few of her songs, adding even more meaning and reality to them. Through her own grace and vulnerability, she still managed to make a connection with the audience despite being in essentially the setting of a classical orchestra performance. It was definitely amazing to get to hear her in this way, but I would also have loved to be able to see her play a regular festival set, where the crowd can actually respond back to her, instead of just sitting quietly and applauding politely between songs.This is the type of music that should have been up close and personal, so while the sound was extraordinarily beautiful, I felt a little uncomfortable sitting back in my seat. I instead wanted to be standing up close and jumping up and down, singing along and actively responding to her on-stage commentary. While she handled it all like a pro, I really think that she was missing that element too. All the more reason to make extra sure to go see her play again in the future! 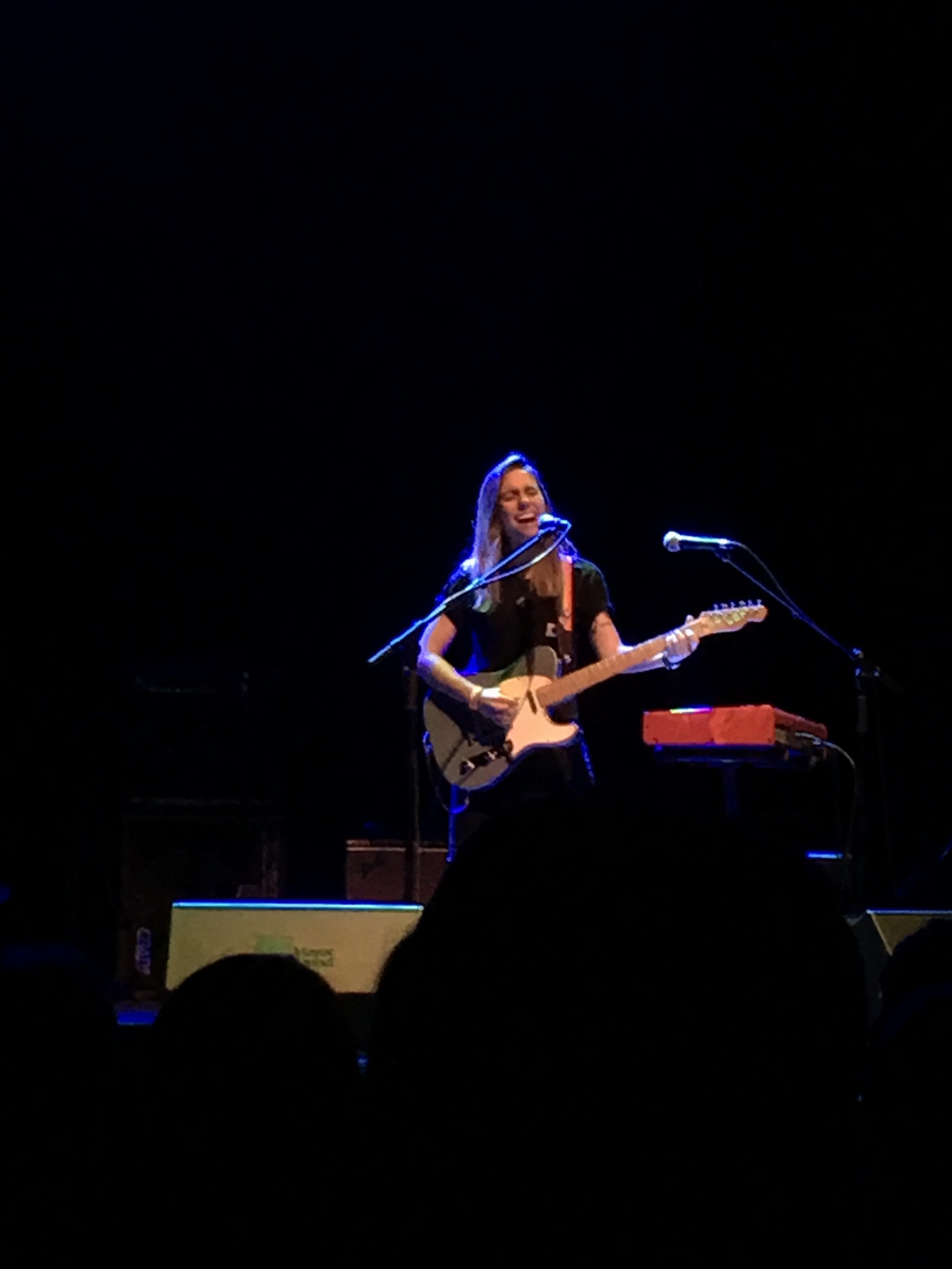 Flint Eastwood – Jax Anderson aka Flint Eastwood was probably the stand out of the weekend for me. Despite being the first to perform on the main stage on Saturday at 7pm and the measly crowd that comes with that start time, she somehow brought so much life to the stage that in the end the crowd was ten times it’s size and everyone was dancing and singing along. She spoke about her life, about dealing with the bankruptcy in Detroit, her hometown, about making it through hard times and learning to enjoy the small victories. Her songs were both lyrically and musically powerful, demanding attention and introspection. Her energy on stage was nonstop and it was clear how much she enjoys what she does. It was probably the most fun I’ve ever had a Pygmalion set before and that is saying a lot! She advocated for the crowd to put down their phones and live in the moment, so while there may not be too many pictures or video clips of the performance to share with you, the experience was that much more meaningful for those of who were there. Do yourself a favor and go see Flint Eastwood if you ever get the chance. Even if her music isn’t your thing (although it SHOULD be) the performance is easily worth it. Flint Eastwood does more than just sing some empowering songs and maybe say some empowering things; she actively engages the crowd in the music – getting us to sing backing vocals to songs, to do a choreographed dance and to take a step back and think about our own lives. As I said, probably the stand-out performance of the weekend for me, maybe even of the entire festival. 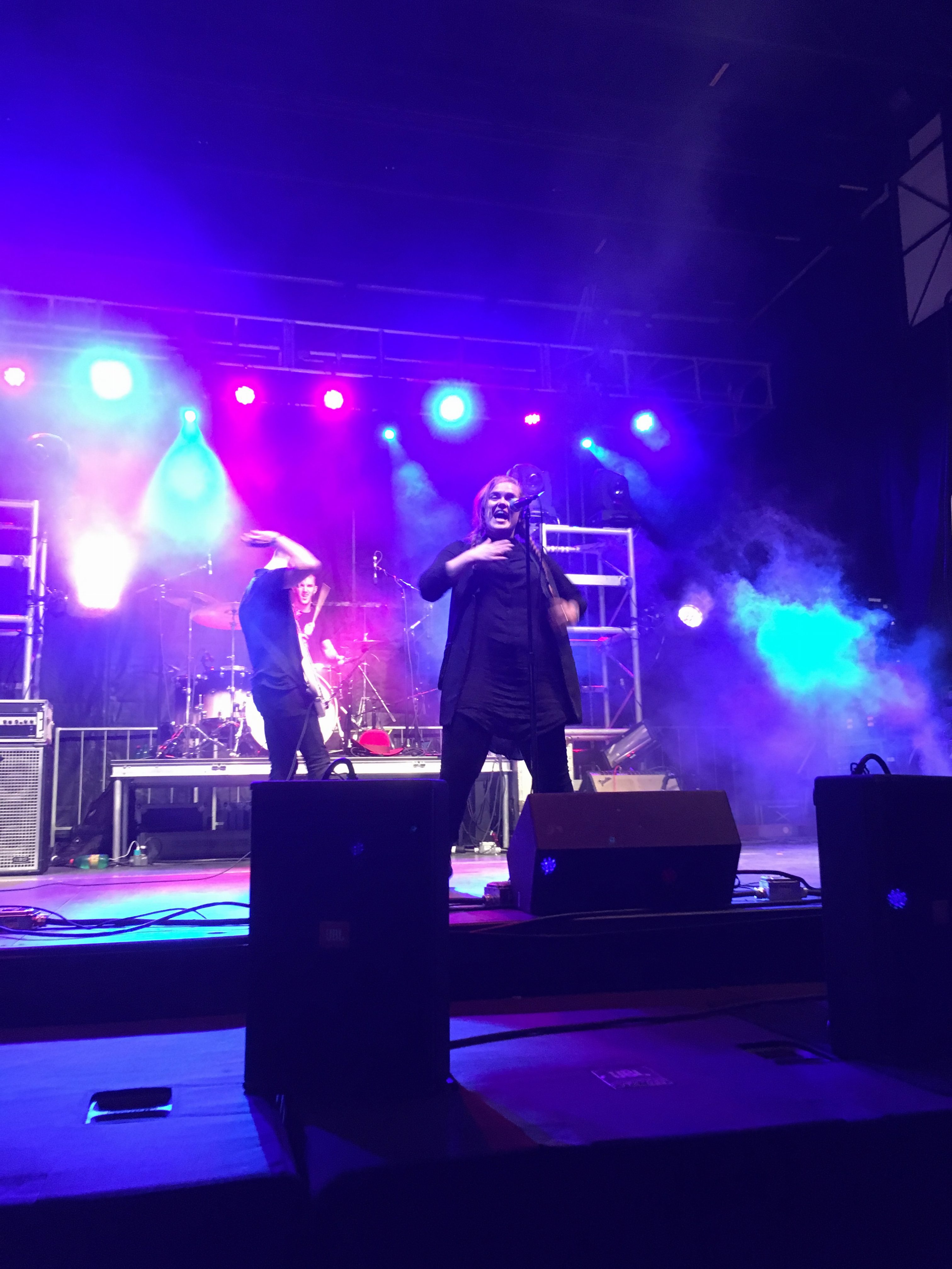 Now, Now – Now, Now played the smallest venue with the smallest stage at Memphis on Main at 1-2am, yet somehow they made it feel larger than life. It was late, the crowd was small and everyone was tired, yet somehow they made it feel like the party of the year. I think it was their personality as a band that really made the set feel as though it could have been on main stage. They goofed around on stage, telling jokes, making fun of eachother and discussing the best Mario Kart techniques between songs and dancing like fools during the songs. There was definitely some kind of guitar-playing conga line at one point! The songs aren’t just really good songs, and they aren’t just really fun songs either – it was the songs AND they way they were performed, they pure joy and light-heartedness that made this set so fun. It really did just feel like a bunch of friends hanging out and playing music together, the audience included in that. Maybe it was the intimacy of the setting, although I feel the show would have been just as personable if they had played a stage as huge as State Farm Center! Easily another stand-out of the weekend. 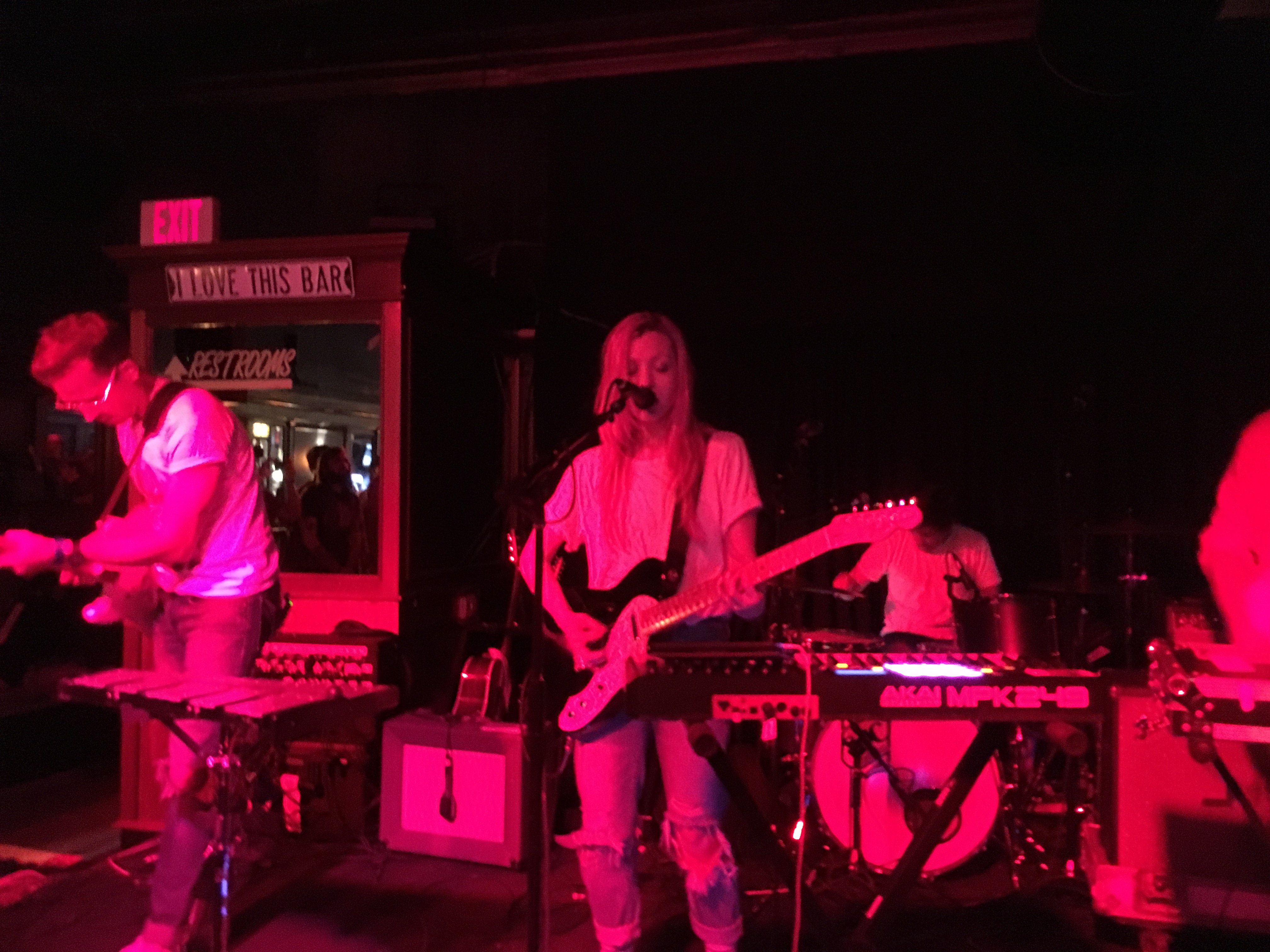 The World is a Beautiful Place and I Am No Longer Afraid to Die – The size of the name fits the size of the band and the size of the hype. This seven-piece consisted of one on the drums, one on the bass, one on the keyboards, two guitarists of these three sang backing vocals along with the lead vocalist. The sound felt like it filled up 51 Main – not aggressively but more like a gentle hug. The harmonies with all the different instruments and vocalists was insane, creating a sort of feeling of suspension. The feeling of the set was still high energy, but also just felt very welcoming. It was another set that felt like it was bringing the entire room together. The diversity of sound was unparalleled, going from ambient, soft harmonies to high-energy hard-hitting bangers. They have the air of a band that is about to be on the rise, so definitely keep an eye out for TWIABP!

Palehound – the gayest of sets in the best possible way; Polyvinyl artists from Boston: Gentle and soft with a few bangers to mix things up all with thoughtful story-telling lyrics; top-tier banter about exploding apples and John Stamos. This show as an experience and a half. 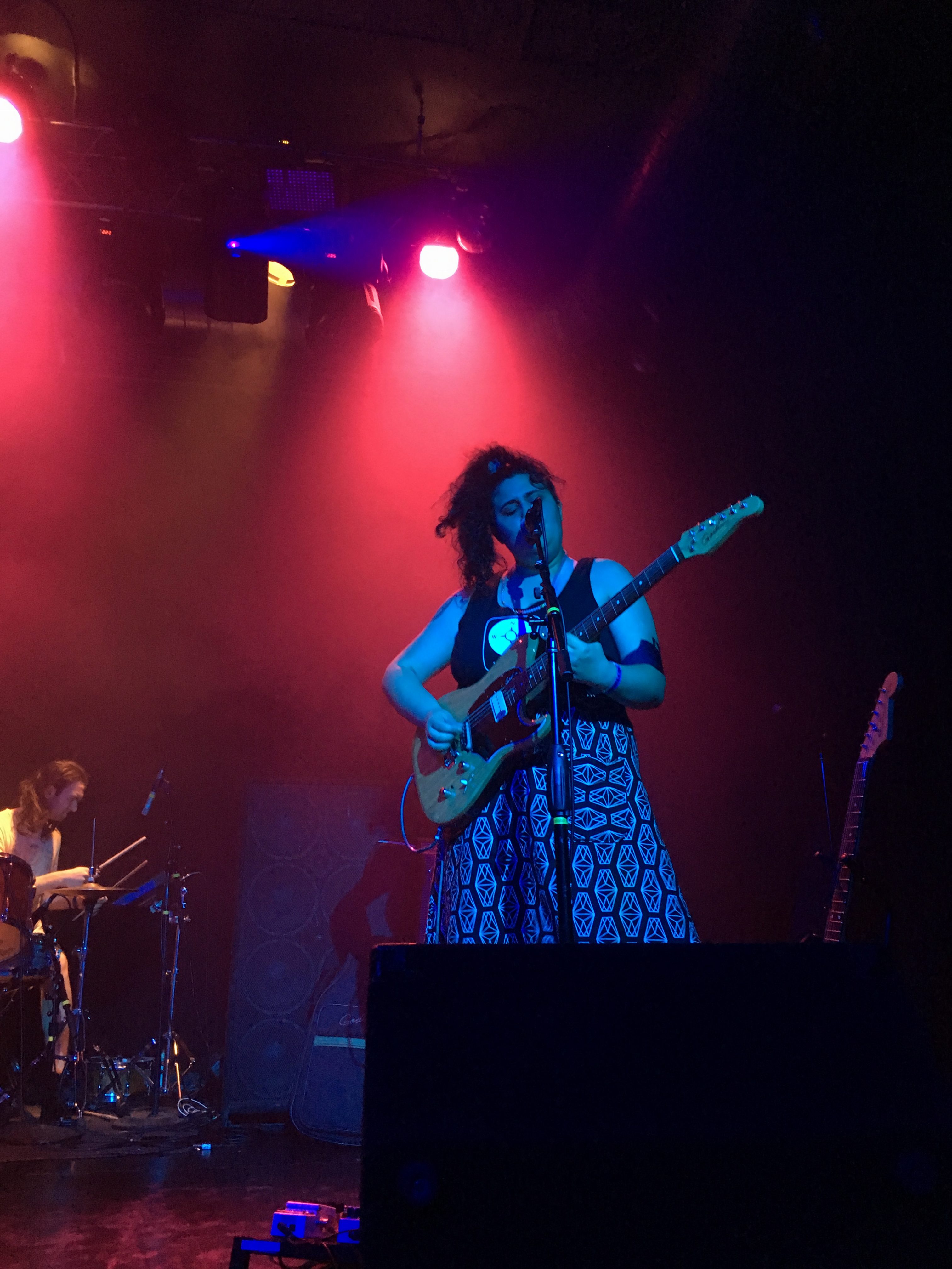 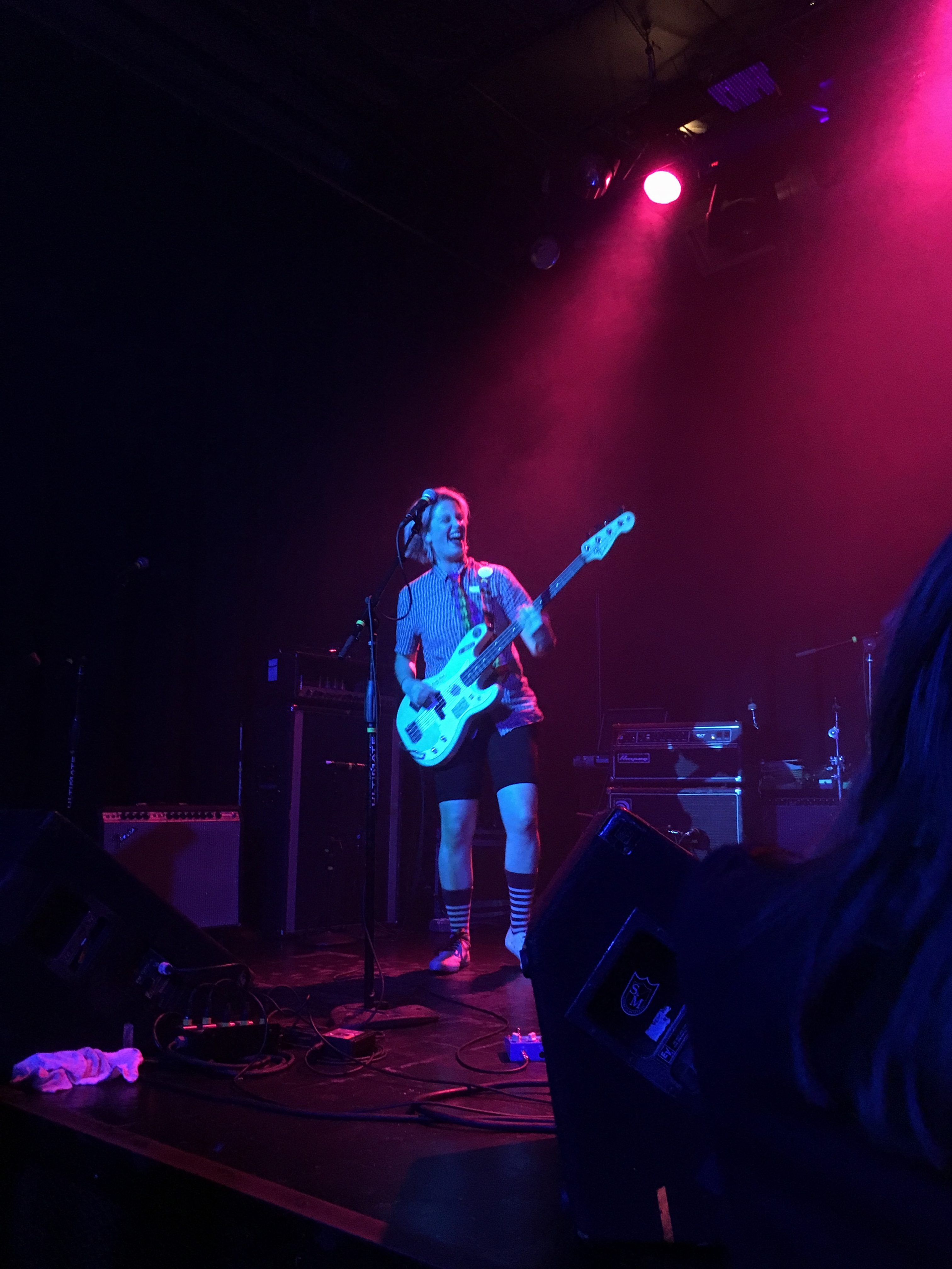 Winder – homegrown, fresh and loud. Dichotomy of fuzzy backing mixed with crystal clear melody; all new songs; They scream, they sing, they rock hard and they serenade softly. Make sure to keep an eye out for these guys playing around town. They are lovely humans and it is very apparent how hard they work on their music. 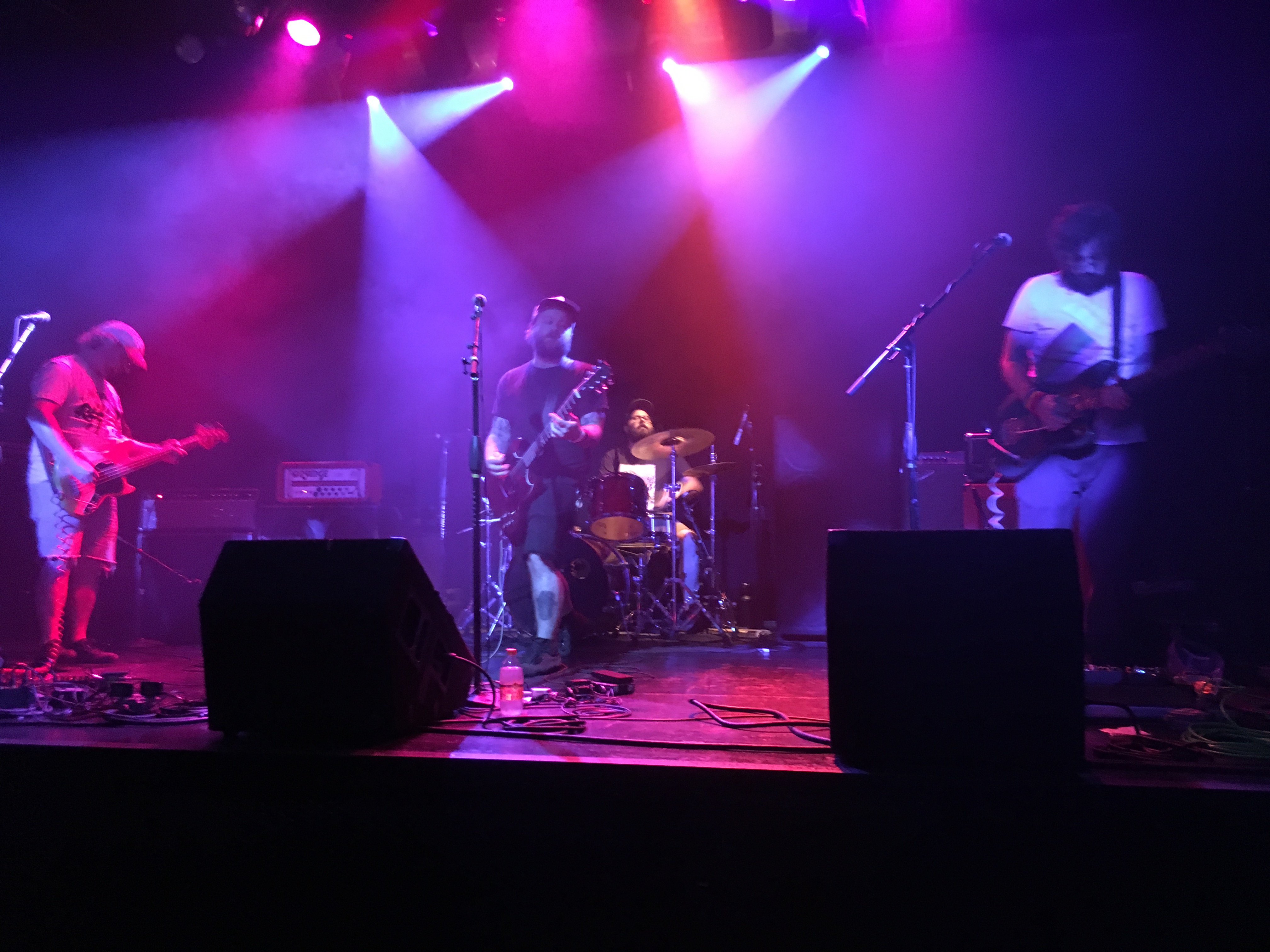 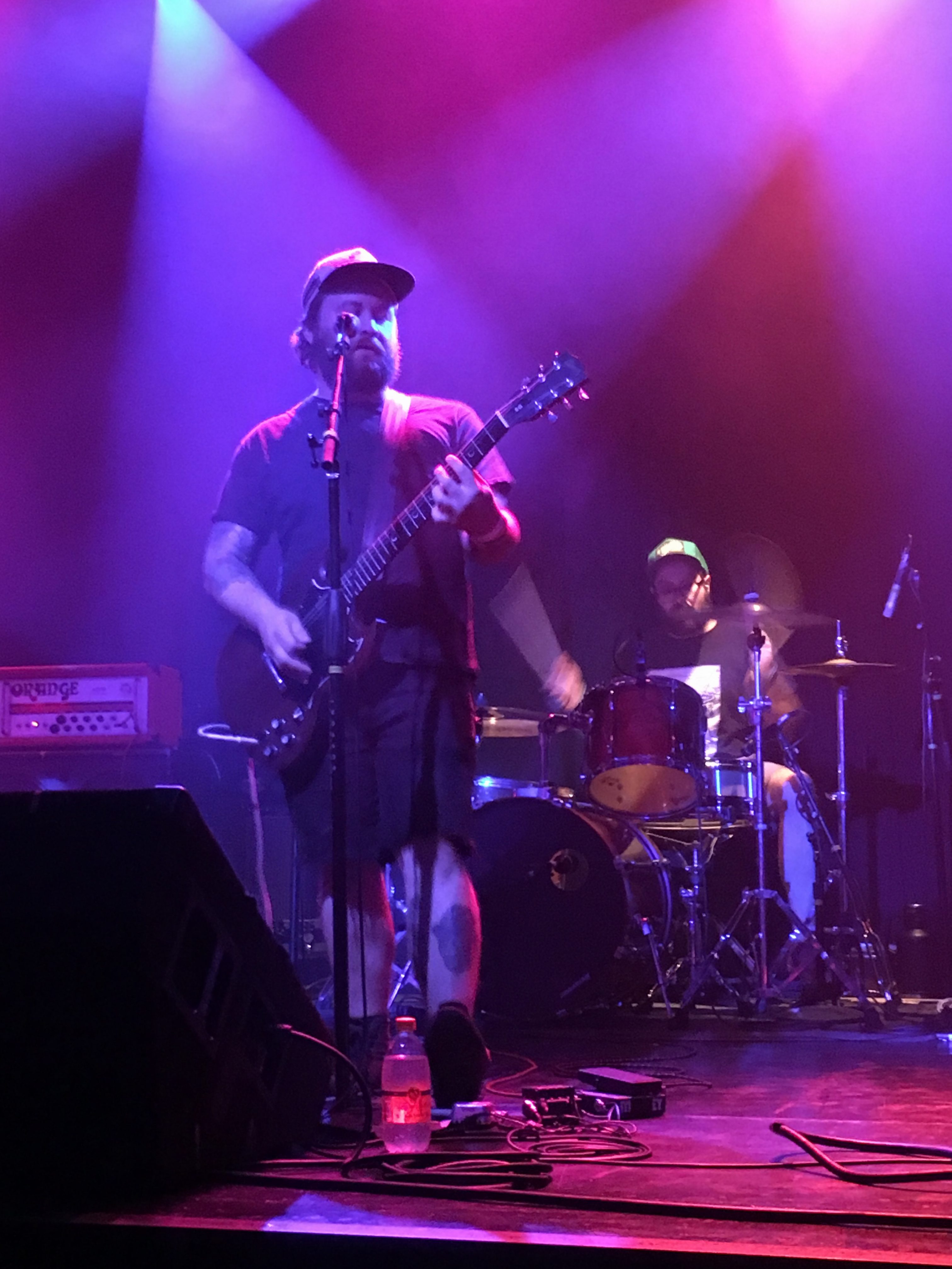 Sunjacket – UIUC and WGPU alums, now based in Chicago. Layering of ambient haze of synths and guitar effects built up with tight rhythmic guitar and beautiful vocal harmonies. A very diverse range of sounds from song to song. Make sure to check out their most recent release Mantra!

This Chicago based band has a catalogue of carefree pop punk but they are more intense as a live band. Lead singer/guitarist Billy Yost alternated between straightforward dialogue with the audience and high energy performances. One minute he’s admitting how he’s battled shyness in his life and then he would start thumping violently to the music. Speaking of the music, I don’t know if it was the live setting, or the acoustics of Memphis On Main, but all their songs sounded heavier, further distancing the performance from the unpretentious frontman. 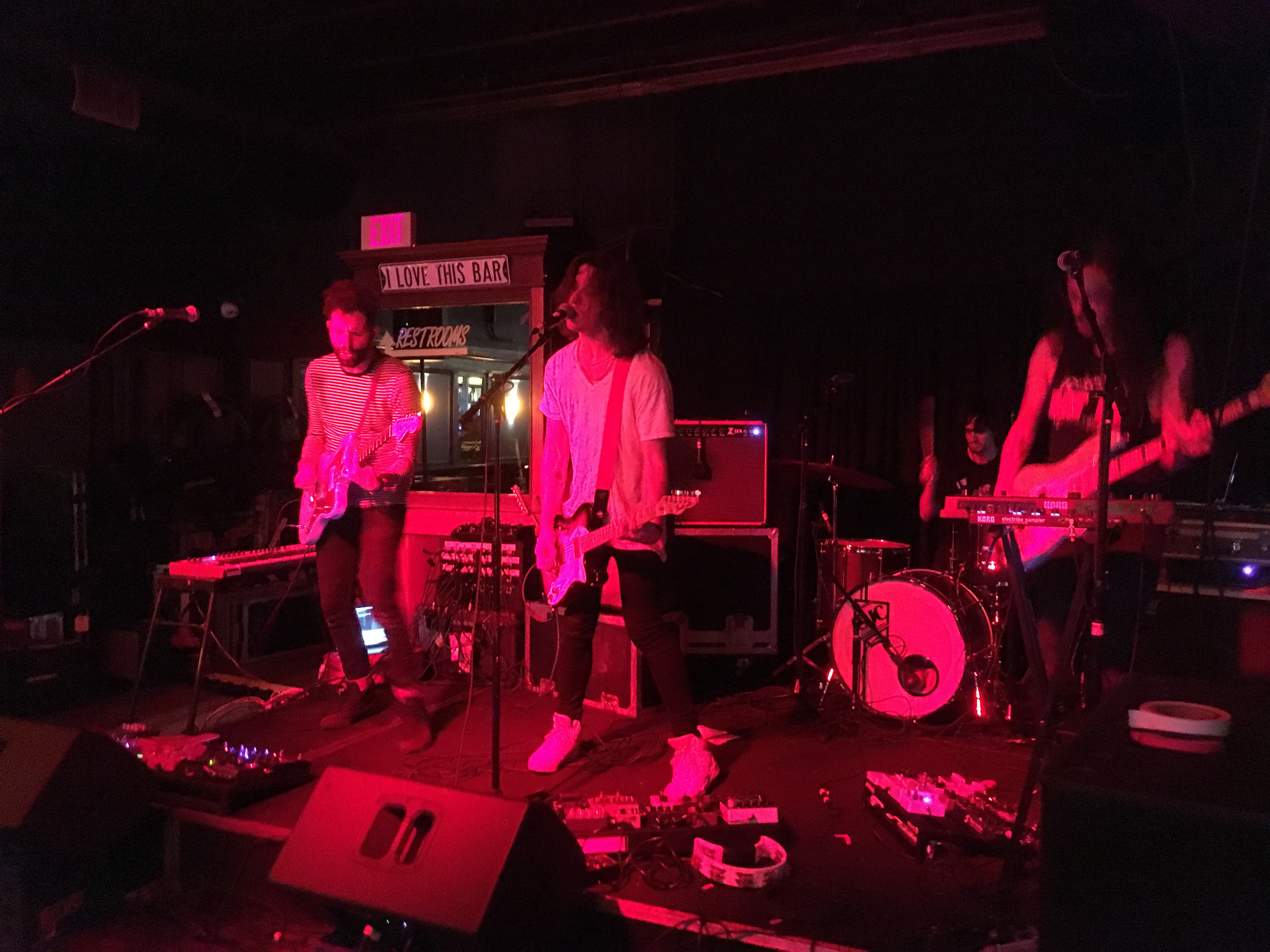 I didn’t think I’d ever be at a music festival that will have Noname and a bluegrass band on the same day, let alone be blown away with the musicianship of the band members. The music is straight bluegrass, but they had the shredding skills of a thrash metal band, with even more mind blowing solos in each song. Add their warm vocal harmonies and you got music that goes down like smooth whiskey. 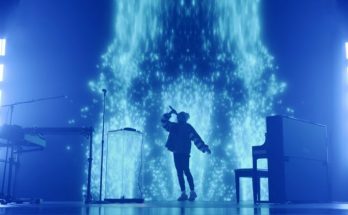 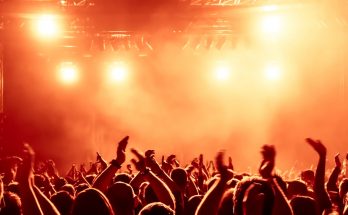