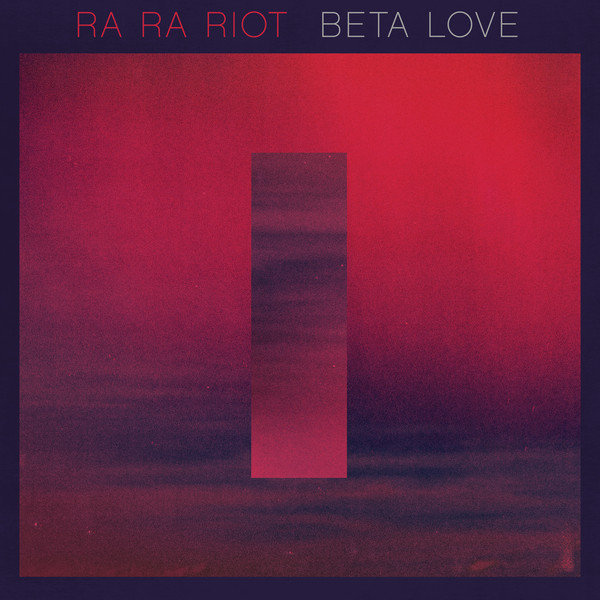 Ra Ra Riot’s latest work, their third full length album, Beta Love, will probably spark two conflicting reactions within the hearts of listeners. The first being “What the hell is this poppy electro stuff?” and the second being “Damn I kind of want to dance to this poppy electro stuff…” For fans who fell in love with their 2008 album, The Rhumb Line, which won over listeners with its orchestral sounds and sweet indie lyricism, Beta Love might resonate just a little too much as something sounding like a mixture of Discovery with elements of Matt and Kim.

Of course, a band must progress with time—it would be cruel to ask an artist to create the same work for their entire career—but what might be Ra Ra Riot’s simple attempt to demonstrate a variation of skill and sound might be a turn off to others. However, this transformation did not come overnight; their second album, 2010’s The Orchard, began to incorporate a more electronically produced sound. On most tracks off of Beta Love that same sound—one of poppy synths and keyboards—is heard.

That being said, Ra Ra Riot is a group of excellent musicians, and even if they are making different music, they are still doing it well. Although they may not be satisfying for earlier Ra Ra Riot fans, the faster-paced tunes are undeniably catchy; listeners will probably still find themselves unconsciously nodding their heads to the same synthetic beats that they decidedly hated so much in the first place. Further, even though there is a departure from the more cello/violin-driven sound of their previous work, their usage of strings is still settled beneath the synth/keyboard elements. On tracks such as “Is It Too Much” and “When I Dream” the strings might come late, but nonetheless they are building and beautiful. It is also important to recognize that those endearing lyrics are still heard, just possibly not quite as vulnerable when sung over driving pop tempos.

Different is not always bad, and Beta Love is one of those albums that will be as good as you want it to be, you might just have to change your expectations. Hopefully this effort to refrain from getting boxed into one genre of music does not mean Ra Ra Riot will get stuck in another. Perhaps in the future we will hear them start to experiment back in the direction they came from.

Listen to “When I Dream” below: