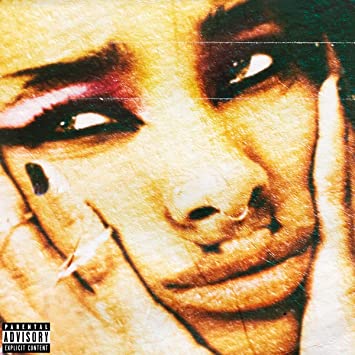 Wait a minute! Or, at least, this album has. Released in July of this year, lately I feel EVERYTHING exposes WILLOW’s drive to venture outside of her R&B and folksy sound reflected in her past works. Smith’s newest album is loaded with features of other artists and her impressive and expressive vocals.

While all the indie girlies are getting Jack Antonoff to produce their albums, many artists branching out to pop punk have been relying on Travis Barker to keep time. Barker is featured on three songs, mostly notably “t r a n s p a r e n t s o u l,” which blew up when it was released in April. His heavy drumming and Smith’s bratty and snarling vocals rumble through this strong and forceful opener. “Gaslight” is characterized by its pummeling guitar and drums, making it a cross between surf rock and punk pop.

The rest of the album deviates from the sound established by the opening songs. The melancholic “naïve” is carried by the spiraling and swirling sensation of the guitar. Smith moves through subdued vocals to powerful shrieks. “Come Home” featuring Ayla Tesler-Mabe is also a nice and slow break in the album. It showcases Smith’s maturity in songwriting and introspective nature, wrestling to escape loneliness while also trying to find balance in a relationship to avoid codependency. The guitar sets the somber mood, but the vocals of Smith and Tesler-Mabe set the tone as they explore their ranges. “XTRA” is an unexpected treat with the echoing guitar behind Tierra Whack’s verse, and we even catch Smith’s R&B roots pop up here.

At just over 26 minutes, lately I feel EVERYTHING feels rather short as most of the songs do not even reach three minutes. “F**K You,” reminiscent of a yowling Kathleen Hanna, serves as an interlude but feels oddly placed as it is the only one. Furthermore, Smith tries to address complex topics, but her thoughts do not feel fully fleshed out; some of them are just simple platitudes. There are a few quick punches, but they do not sting. Despite getting the queen of pop punk to feature on “G R O W,” the song feels so cheesy, both musically and lyrically. That being said, Smith’s efforts on this album are admirable as she is not afraid to experiment. Her dip into pop punk does not feel like a cash grab like other mainstream artists’ attempts as she has a genuine appreciation for the music, citing her mom Jada Pinkett’s nu-metal band Wicked Wisdom as an inspiration. So while these songs may be a bit too polished sometimes, they still embody power and youthfulness.