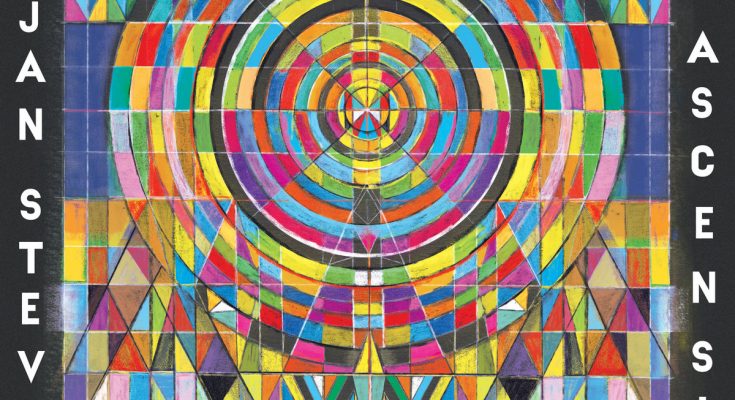 Sufjan Steven’s ascension to stardom has been nothing short of intoxicating. Releasing his first album, A Sun Came, in 1999, Stevens cemented himself at the center of indie music. Continuing to release similar-sounding indie-folk music for the next decade, the world was shown a new side of the pioneer with his 2010 release of The Age of Adz. Featuring lush electronic production, this album was an immense deviation from the folk sound Stevens had spent a decade building. Nonetheless, The Age of Adz proved his creativity. Following this record, audiences and critics expected another turn in genres from the renaissance man, but he returned to his roots with 2015’s release of Carrie and Lowell, a deeply emotional album that centered the death of his mother around beautiful lo-fi production.

Five years after the release of his most critically acclaimed album, Stevens has returned with The Ascension, a complicated and intriguing look into his life in the past five years. Recalling the production of his 2010 release, The Age of Adz , The Ascension features vibrant electronic sounds that are unlike anything heard from his discography before. The unexpected sound present on this album is exciting and demands the attention of the listener, and each listen invites a new facet of the music to be discovered.

Coming in at an hour and twenty minutes, the album is a hefty, yet rewarding listen. The first song, “Make Me An Offer I Cannot Refuse” opens with a chant-like incantation, then quickly transitions to a spine-tingling beat reminiscent of jangling metal. Once again, the beat drops out from under the listener to a sparse bell-like sound. Just when the pattern seems to become clear, Stevens, once again, shifts the sound to reflect an increase in heartbeat. This opening track is a definitive message of what to expect from the rest of the album.

Songs, such as “Die Happy,” “Landslide,” and “Ativan,” evoke the same unexpectedness as the opener. Knowing Stevens and his work, these avant-garde productions are to be expected. The true curveball of this album lies in its embrace of popular music. Released as a single, “Video Games” is a simple, yet pleasant,  synth-pop record with an extremely danceable beat. The song sounds like it belongs more in the Top 40 than on a Sufjan Stevens record. The song “Tell Me You Love Me” is structured as an explosive 80s-ballad, recalling the top hits of the past. While the dichotomies of sound present from song to song may seem incohesive, the connection that brings this album together is the patience required from the listener. Each track is a slow build, but the wait is well worth it.

The album is similarly structured: each track delivers another piece to the puzzle, but in order to fully understand The Ascension as a whole, the listener must wait until the end. “America,” released as the first single and featured as the closing track is Steven’s eulogy to his beloved country. He yearns, “Don’t do to me what you did to America,” invoking strong feelings of loss. He, along with the rest of us, is watching as our country falls apart right in front of our eyes. Clocking in at over twelve minutes, “America” is a return to the highly emotional Stevens listeners have fallen in love with and serves as the cornerstone of the album.

This brings me to the only drawback of The Ascension. Unlike his previous albums, Stevens does not use uber-specific lyrics to create atmospheres of emotion. The Ascension lacks the same haunting and chilling effect Carrie and Lowell’s “Fourth of July” delivered with its line “We’re all gonna die.” However, this album makes up for its lack of emotional development through its creative and ground-breaking production.

The Ascension cements Sufjan Stevens as one of the most imaginative and pioneering artists of our lifetime. Although an outlier in his discography, this album sees Stevens experimenting with his sound, something many artists today fear. Finding its true voice in its unique production, The Ascension finds a perfect spot in a near immaculate canon of work and allows Stevens to ascend past the world of indie and secure his place as one of music’s forefront creatives.