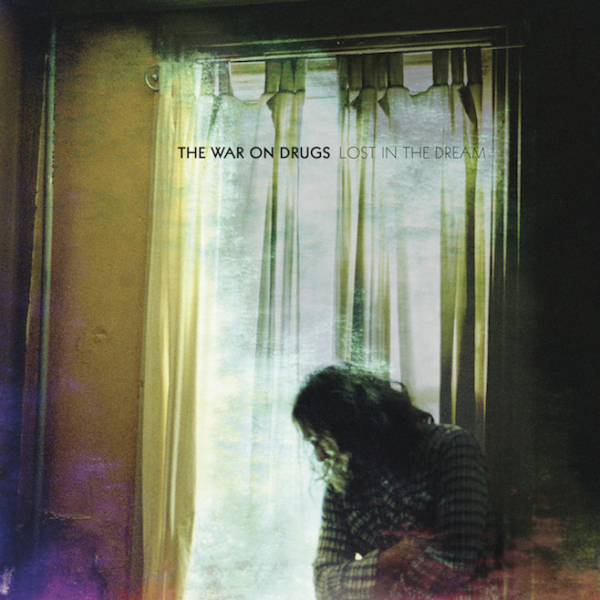 After carving out their niche with road-weary, ambient shoegaze on 2012’s excellent Slave Ambient, The War On Drugs hits the road again with their new album, Lost in the Dream. This time they take things a little slower, planting the driving tempos and open-road free spirits inside sprawling ambiance, providing a subtle evolution in their sound and keeping the soul of their past records intact. The result is a record that revels in its lack of direction, a survey of a beautiful landscape made by a broken man. It’s easy to let the more ambient soundscapes drift by, but it’s the subtleties of Lost in the Dream that make it such a pleasure to listen to.

The real success of Lost in the Dream comes from the way that its atmosphere building and driving guitar rock interact and complement each other. On Slave Ambient, the two aspects were mostly kept separate, but here, they’re intertwined in a way that serves to elevate the catchy riffs and choruses that erupt from the foggy ambiance, like in the brilliant break-up ballad “In Reverse”. After two and a half minutes of slowly building ambiance, the chorus tears through the accumulated clouds in one of the most effective moments on the album. But the song doesn’t stop there. It keeps growing to the five minute mark, when a shimmering riff which warms up the atmosphere of the whole song, then dissolves as quickly as it came. Or the moment when slow burner “Suffering” goes from restrained ballad to an interlude of warm piano chords and sliding guitar solos. The shift from muted background to a foreground filled with tension on “An Ocean In Between The Waves” also deserves special mention. These kinds of subtle changes in sound can be found everywhere on the album, rewarding the listener for fighting the urge to allow the droning ambiance to fade into the background.

Though atmosphere is a hugely important aspect to the record, the more straightforward songs in the style of Slave Ambient‘s more direct approach are just as effective as the more subtle songs on Lost in the Dream. The single “Red Eyes” is the most immediately satisfying song on the album. With its catchy melody and subtle acoustic guitar that is constantly being strummed sitting low in the mix, the song is the most straightforward song on the album, as it is the only song really lacking the ambient sounds that define so much of the rest of the record. It works because the War On Drugs have an amazing talent for writing catchy melodies. The Dylan-esque title track is especially worth mentioning due to its infectious melody, harmonica interjections and ambient guitar lines steeped in reverb.

One of the things that makes Lost in the Dream so endearing is its ability to edify the energy and excitement of a free spirit. Imagine the sonic equivalent to Jack Kerouac’s On the Road. The way that frontman Adam Granduciel hoots and hollers on tracks like “Burning” and “Red Eyes” is infectious. Its easy to get carried away in the sense of freedom that his shouts evoke, and when combined with the underlying acoustic guitar strumming (the backbone of the driving feeling on the album) the soul of the open road is almost tangible.

Though it can get carried away in its own lack of direction, some of the tracks begin to feel over long as they stretch past the six or seven minute mark, the subtlety and spirit that the War On Drugs managed to stuff into this record is incredible. The result is an album that works both as a road trip album to listen to on the highway and as an emotionally affecting record to enjoy at home.