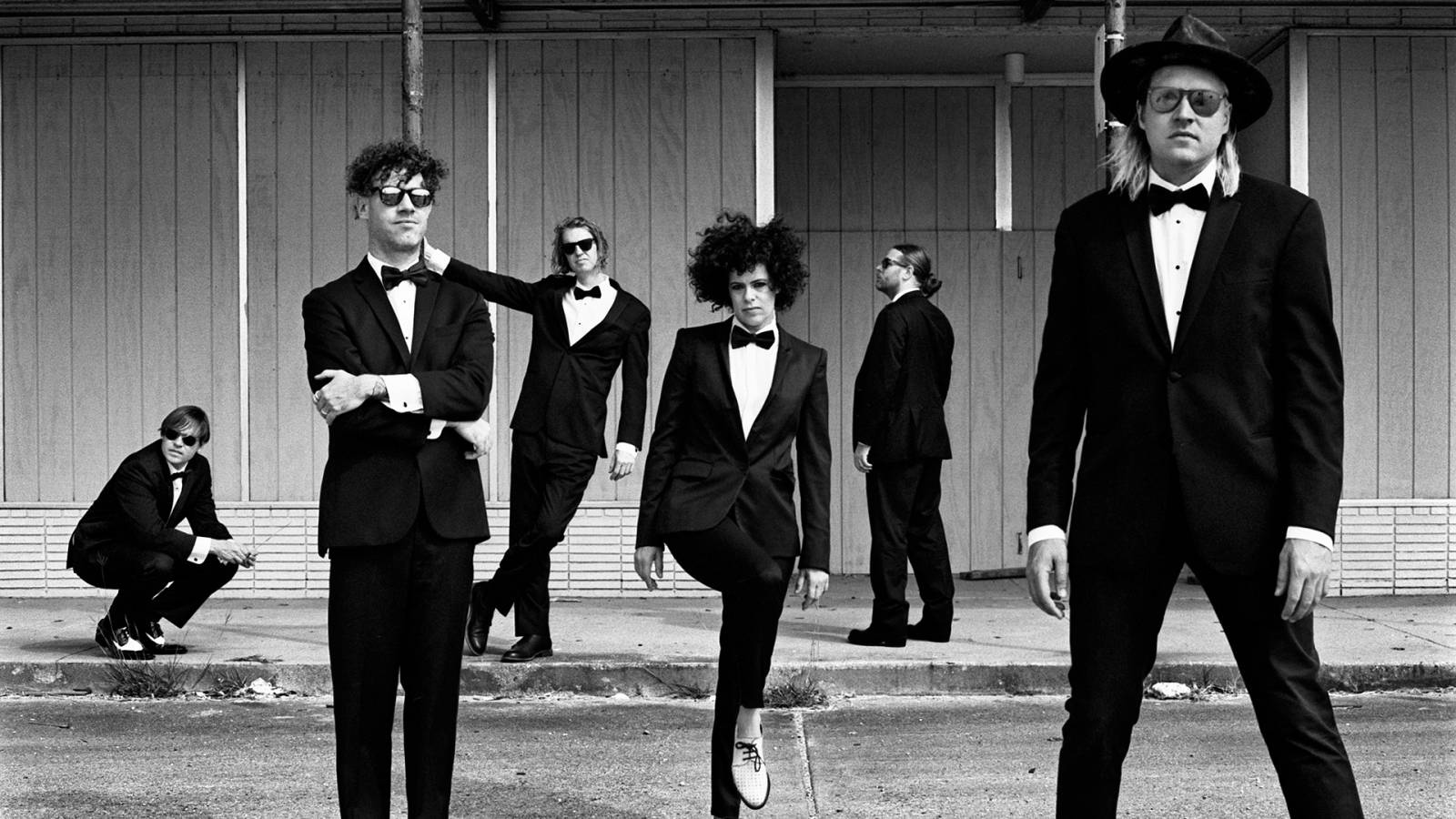 A major name in music history, Arcade Fire is made up of a massive group of talented musicians comprised of the traditional guitar, vocals, and drums, but also a large string section. Their first album, Funeral, skyrocketed the band’s fame in the early 2000s. Funeral received high praise for it’s “archaic brass and string instruments, and an undeniable ability to wring life affirmation in the face of personal tragedy” – it was recently given the number 2 spot on Pitchfork’s “200 best albums from the 2000s”. After Funeral, the band went on to release two other critically acclaimed LPs, Neon Bible and The Suburbs. Their 2nd and 3rd album won them a Grammy and a Brit Award, along with the opportunity to write the score for the film Her. Their efforts in the film industry did not go unnoticed as they were nominated for Best Original Score during the 86th Academy Awards. Since then, this indie rock group has released two other LPs (which are a little bit more debatable). For their efforts in the indie-sphere, we’ve decided to make this legendary band our #WPGUArtistOfTheWeek. Check out some of our favorite tracks by them down below!