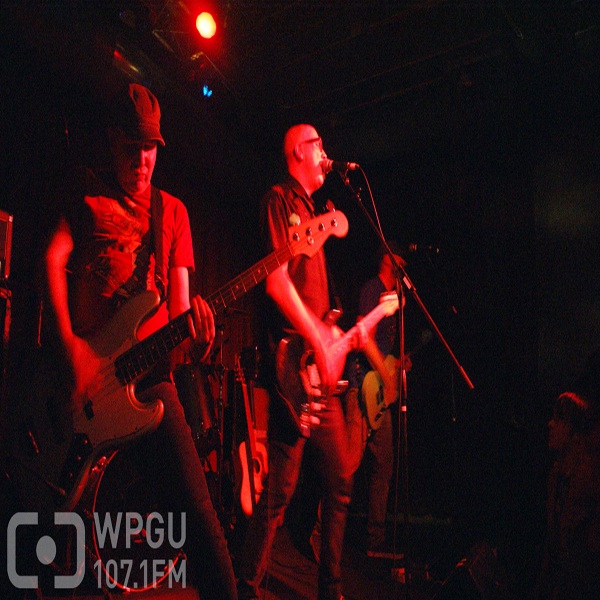 If you saw Smoking Popes at Cowboy Monkey last night, chances are you paid $12 for your ticket. During lead singer and guitarist Josh Caterer’s in-studio interview at WPGU earlier that day, he promised at least a $14 show for the money. I would say it was worth $20 or more, easily.

Brothers Josh, Eli, and Matt Caterer seemed to have their audience charmed from the first song. They played tracks off of albums old and new. All of which their dedicated fans, packed into a crowded Cowboy Monkey, sang along to.

“Wish We Were” and “Punk Band,” catchy tracks from the Popes’ 2011 release This Is Only a Test got the crowd moving, but it was older, more classic songs that initiated enthusiastic sing-alongs from fans. “Rubella” was a crowd-pleaser, as was “Lucky Day,” a track off of the album Born to Quit, which Josh Caterer announced would be re-released in the near future.

About halfway through the show, the band took a break while Josh serenaded the crowd with an acoustic version of “Megan,” to which fans sang along almost louder than he did. That was followed by a cover of “Pure Imagination” from Willy Wonka, a track off the band’s cover album The Party’s Over. Originally sung by Gene Wilder, I think the song was a perfect complement to Caterer’s Frank Sinatra-style vocals. The Popes then concluded their set with a heartfelt version of their biggest hit, “Need You Around.”

After realizing they were “trapped” on the stage, Josh Caterer figured they “might as well play a few more songs.” And that they did. “I Know You Love Me,” the official last song of the night had fans singing and dancing. Some lucky ladies in the front were even given hugs from Josh himself.

In short, the Smoking Popes still have it. Old, dedicated fans as well as new ones with an appreciation for the Popes and their legacy turned out to support these Chicago pop-punks at Cowboy Monkey.