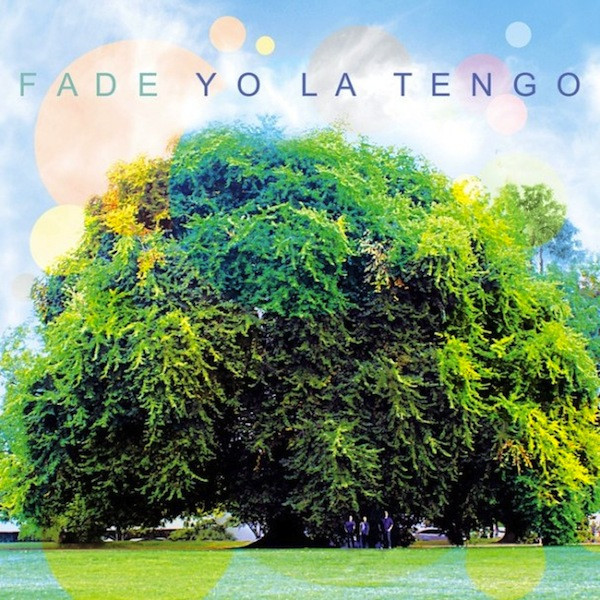 Yo La Tengo might be the most pleasant band I’ve ever listened to. Throughout their 27 years of releasing music, Yo La Tengo has sounded consistently calm, cool and collected on every effort. Even through their constant style shifts, from eclectic genre mixing to improvised movie scores to extended jams, YLT makes every style unmistakably their own. On Fade, YLT releases their best album since 2006’s I Am Not Afraid of You and I Will Beat Your Ass, but also retreads much of the same ground that they have covered in past years.

Fade kicks off with “Ohm”, an almost 7 minute mid-tempo jam that sounds as good as the band has ever sounded. It builds from one repeating riff, adding layers of noise and an infectiously catchy melody to make for an easy highlight. Yo La Tengo seem to be at their best here when they speed up the tempo a bit. Tracks like “Paddle Forward”, a return to Yo La Tengo’s noisier side, and “Simple Things”, which features some great guitar playing, seem to have a little more life to them than slower songs on the album. And as most of the up-tempo songs are on the front half of the album, Fade is a bit front-loaded.

Many of the songs on the back half of Fade are typical acoustic, spacey ballads that you have come to expect from a Yo La Tengo release. While they certainly are not bad, they lack anything that makes them stand out as anything more than pleasant. It’s very easy to let the second half of the album run together without noticing, as they lack much distinction or direction.

In typical Yo La Tengo fashion, Fade is understated, quiet and cool, with every song sounding effortless. It builds a great atmosphere and, though it returns to some old sounds, it never bores and still sounds unmistakably like Yo La Tengo, and what more could one want?

Check out “Ohm” below: