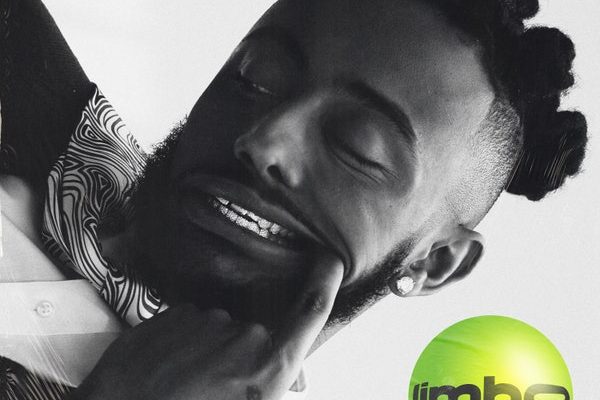 When it comes to promising young rappers, sophomore albums are arguably even more important than debut albums. Debut projects may be what gets an artist’s name out there, but the second album usually serves as a fairly consistent litmus test that indicates whether the artist has true staying power or is merely a flash in the pan. The casual rap listener could easily recall how one Lil Pump took the rap game by storm with his self-titled debut project, only to flop like a fish out of water with his follow-up album, Harverd Dropout, from which he has yet to recover. Conversely, one can point to how Kendrick Lamar put the rap scene on notice with his first album, section.80, and then promptly cemented his status as one of the best emcees alive thanks to good kid, m.A.A.d. city being an all-time great sophomore hip-hop album.

Adam Aminé Daniel, known to the rap industry by only his middle name, saw a similar surge of popularity back in 2017 upon releasing his oddball debut album, Good For You. Painting himself as a quirky, vibrant up-and-comer with a chip on his shoulder, Aminé used his bitingly cold flows and tongue-in-cheek attitude to produce top notch party anthems and amass troves of attention along the way. The crown jewel of his success was the album’s lead single, “Caroline,” which is now 4x RIAA certified platinum. With such achievement coming from his debut album, the pressure was on Aminé to come back strong with another hit project. On his new sophomore LP, Limbo, Aminé embraces that pressure and adeptly delivers another unique and addictively catchy album that falls slightly more on the self-evaluative side.

Opening the project on an off-kilter note is “Burden,” which totes a stripped back, guitar-centric beat and sees Aminé very openly pick his own brain. Musing about racial injustice, his rise to success, growing in age and disconnect from spirituality — all wrapped up by a chorus where he begs to be buried before he becomes a “burden” to anyone else — Aminé exhibits no bashfulness in kicking off his new album on an introspective note. The meditative opener transitions seamlessly into “Woodlawn,” the first of numerous songs on Limbo that belong bumping loudly through the speakers of a convertible with the top down.

Over an intoxicatingly catchy beat that boasts a flute melody, Aminé delivers one of his best hooks on the album while providing a wonderful spin on the tone put forth by the prior track. While “Woodlawn” maintains a similarly reminiscent tone to “Burden,” rather than doting upon his past and trying to keep up with his changing life around him, here Aminé is looking at his past in the rearview and is zooming down the track towards further spoils of success. The confident demeanor the Oregon native takes in this track combined with his boastful bars is enough to make any listener move their body and get this tune wedged inside their brain.

“Roots,” one of several tracks on Limbo with at least one excellent feature, contains plenty of symbolic language pertaining to plants that advances the ongoing deep dive into Aminé’s brain. Atop a slow-burning beat, Aminé posits more clever bars that touch on his upbringing — from his African heritage as a son of Ethiopian immigrants to his childhood in northeast Portland — and owns these “roots” as what made him who he is today. With the help of Charlie Wilson singing an emotional chorus about growing through guilt and JID keeping his streak of executing stellar feature verses, “Roots” makes for one of the most unique and moving tracks on the album.

The front end of Limbo sees personal growth in the face of adversity emerge as a central theme, with Aminé taking a more inward-looking approach in his songwriting and the tones expressed by his beat choices. However, Aminé doesn’t forget the brazenly confident and outgoing type of rapper he is at heart, as demonstrated in “Compensating.” The album’s lead single is the supreme earworm in the tracklist, driven forward by slick verses from Aminé, an addictive hook and a top-notch feature from Young Thug. While it’s destined to be a nationwide party hit, “Compensating” does well to not toss the album’s tone and central themes to the wind, as the song is about learning to embrace humility and make concessions in relationships in order to foster growth.

Though there are several songs on Limbo that make an argument for themselves as the album’s best, “Pressure In My Palms” stands alone as the finest in the tracklist. The track is a tale of two halves, with the first portion vaunting a menacing beat with an aggressive bass and frantic hi-hats that bolster what are Aminé’s coldest verses on the album by far. Aminé’s icy flows and memorable one-liners flow into British rap phenom Slowthai’s feature, one that is surprisingly cursory — lasting a mere 11 seconds — but brims with enough belligerent energy to be a welcome addition to the track rather than a confusing distraction. Slowthai’s feature tees up the following verse from Long Beach icon Vince Staples, who promptly cranks it 450 to dead center by spitting freezing cold bars with an unmatchable swagger — and this marks only the halfway point of the song. A masterful beat switch shifts the track from warlike to groovy, with Aminé capping off the album’s magnum opus by serving up a sharp verse that oozes self-confidence.

“My Reality” serves as the final track and sees Aminé close out the album weaker than he should have. Over the course of the song, Aminé paints a blissful picture of how he’s living out his dreams, proclaiming he has no worries. While it ends the album on a positive note — it’s nice to hear Aminé so endearingly describe how euphoric it feels to lead the lucrative dream life he now does — it still remains an oddly abrupt tone shift to conclude the project on, especially considering that the prior song was the most somber on the album and expressed some serious worries.

Limbo provides just about everything one could ask for from a young up-an-comer’s sophomore album. It’s got melodic bops, cutting flows, clever bars, thoughtful lyricism, a well-constructed theme and features so fantastic they might just make you cry — I’m looking at you, “Fetus (ft. Injury Reserve).” In addition to being an enjoyable listen, Aminé’s second full-length LP sees him exhibit plenty of growth. He’s taken Good For You’s theme of navigating adolescence and built upon it, now touching on how to handle planning for the future, adult relationships and rapidly growing responsibilities as a man — and it’s all done with Aminé’s unconventional style and signature vibrance. A strong candidate for rap album of the year, Limbo is an absolute must-listen.