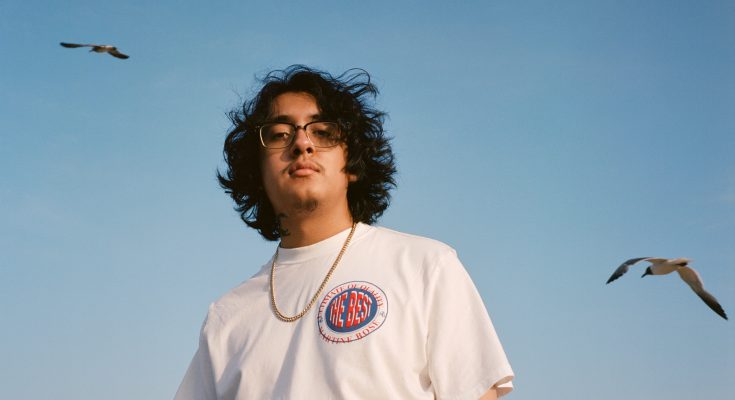 Hispanic Heritage Month is a month of celebration and empowerment for many Latinx. The month celebrates the rich culture and traditions of various Hispanic countries while also celebrating the achievements and talents of many. The music world, specifically the pop industry, has been blessed with numerous Hispanic/Latin singers and artists, such as Becky G, Jennifer Lopez, Karol G, Pitbull, and Enrique Iglesias. But the indie pop/indie rock industry is a part of the music world that has been largely dominated by white musicians and I wanted to showcase some Latinx indie artists/bands that people should definitely listen to.

boy pablo is the musical project of Chilean-Norwegian singer-songwriter Nicholas Muñoz. He began the project in December 2015 but gained international recognition in 2017 for “Everytime” after uploading it on YouTube. Since then, his fanbase has been growing steadily and he recently performed at Lollapalooza 2021 by himself due to his group members facing visa issues. This solo performance was well-received by the audience and earned him some new listeners. Some personal favorites of mine are “Dance, Baby!”, “be with me”, and “hey girl”.

Another artist who has become popular in recent years is Cuco. Cuco is the stage name of California-born Omar Banos and it was a nickname given to him by his mom when he was a kid. He became active in 2015 and released a series of EPs before signing with Interscope Records to release Para Mi on July 26, 2019. He pulls influences from various genres his parents would play around the house, such as Chicano rap, Spanish rock, and Latin ballads, and he describes his music as “alternative dream-pop”. His hypnotic music is for people who want to get lost in a different dimension and for people who dream a lot. Some songs of his that I like are “Lucy” and “Drown” featuring Clairo.

Staying on the hypnotic music trend, the mariás are a band that matches up to that level. They were formed in 2016 by Maria Zardoya and Josh Conway. They sing in both English and Spanish; some songs are exclusively in Spanish and some are exclusively in English. Their music has a very strong bass line that works in tandem with Zardoya’s soft singing; this bass line also gives their music a unique characteristic. Their songs are perfect for when you’re driving down the expressway when there’s no traffic and the sun is setting because they put you in a relaxing mood and are very calming. My recommendations are “Hold It Together” and “Only In My Dreams” for those that like Beach House’s “Space House”.

Another female indie-pop singer is Kali Uchis. Though she is not really an indie-pop singer, her music has been popular with listeners of Cuco and boy pablo; her music spans several genres, including psychedelia, reggae, and neo-soul. Like Cuco and boy pablo, this Colombian-American singer incorporates Spanish into some of her songs, especially on her second album Sin Miedo. Her sultry, yet melodic voice is what attracted listeners to her music and kept them listening. My favorite songs of hers are “Your Teeth In My Neck” and “After The Storm” featuring Tyler, the Creator and Bootsy Collins.

To close off this list is Chicago’s very own Adan Diaz. Adan Diaz grew his fanbase on TikTok and promoted his music on the social media app. With a strong Cuco influence and a soft voice, Diaz has garnered nearly 105,000 monthly listeners on Spotify at only 16 years old. Like the ones mentioned before, he also incorporates a little bit of Spanish into his songs but they are almost entirely in English. For new listeners, my recommendations are “do re mi” and “girl at the skate park who smiled at me after i fell”.

Indie music has evolved to include people of different backgrounds and this list only shows just a select few very talented people, who happen to come from Hispanic/Latinx backgrounds. As time goes on, we will definitely see more diversity in an industry that is already changing racially.