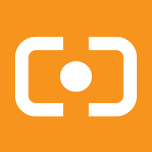 Here is your weekly COVID-19 update:

The University’s COVID testing data reveals 36 new COVID-19 cases on campus over the last seven days. This puts the campus positivity rate at 0.18%.

Champaign-Urbana Public Health has administered a total of 227,979 COVID-19 vaccinations and fully vaccinated 112,083.

Flu shots will also be administered at Carle Hospital starting this week.

Here are last week’s top stories, starting from Monday, September 13th. Click the link under each story to listen to them on the WPGU News daily broadcast.

Democratic challenger for Illinois Thirteenth District Nikki Budzinsky has received congressional endorsements from Congresswoman Cheri Bustos and Congresswoman Jan Schakowsky as well as from the International Brotherhood of Electrical Workers in response to her labor activism. She will be running against current Thirteenth District Congressman Rodney Davis in the 2022 election.

The Fighting Illini football team faced off the Maryland Terrapins last Friday at Memorial Stadium and took a loss in the 20 to 17 game. Though this continues a string of losses after their winning opening game, the Fighting Illini is looking to bring home a win after their next game against the Purdue Boilermakers.

Champaign police have also responded to a case involving a gun being brought to school by 18-year-old Pereze Collier.

Anyone who has information regarding either case is encouraged to contact the police at 217-351-4545 or anonymously submit tips to crime stoppers at 217-373-8477.

By Tara Mobasher and Emily Crawford

On Tuesday, September 14, Governor J.B. Pritzker spoke in response to the Texas anti-abortion laws outside an Aurora Planned Parenthood and discussed his support for the Women’s Health Protection Act while urging lawmakers to do the same. Pritzker also signed legislation on Wednesday, September 16 that is aimed to combat climate change along with building a strong workforce for the future.

ELLNORA returned with in-person performances last weekend and will continue performances for the rest of the year. The lineup last weekend included Ben Harper, Katie Pruitt, and Joan Jett and the Blackhearts. More information on lineups and tickets can be found at krannertcenter.com/ellnora.