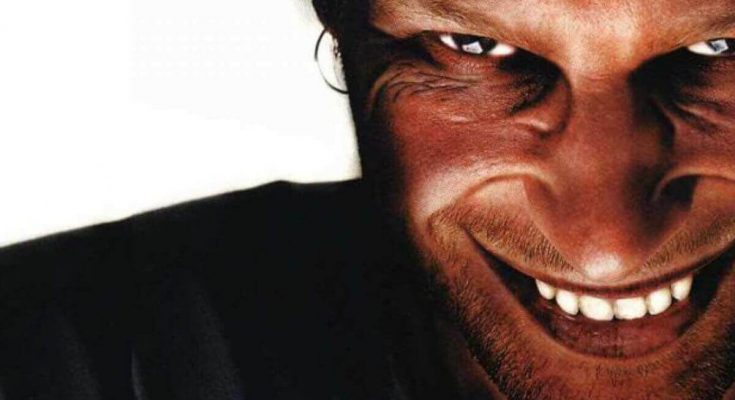 Aphex Twin is the moniker of British musician Richard D. James, one of the most influential electronic artists of all time. Said to be the grandfather of IDM, Richard got his start in the early 1990s producing ambient and techno music before pioneering the ‘drill and bass’ style of dance music for which he is known. During his career, he has released music under several aliases, such as AFX and Caustic Window, but he is mainly known for his work as Aphex Twin. This article gives an overview of his studio albums, which are all very important pieces of electronic music history.

I know, I know, this is a very controversial pick. I had a very hard time deciding which album I liked the least, but in the end, this one landed here because it is a mixed bag. Over its nearly two-hour runtime, drukqs contains a wide range of musical styles, from straight ambient tracks like “Gwety Mernans” to the frantic drum programming of “Mt Saint Michel + Saint Michaels Mount.” While I think variety is a good thing, this album is just all over the place and a lot of the transitions are frankly jarring to me. If anything, this record is worth a listen because it contains some of his most popular and best songs, such as “Avril 14th” and “Vordhosbn”.

While not being totally ambient, this is one of Richard’s most low-key releases. If you are a fan of Boards of Canada, you will definitely enjoy this record. In my view, it’s a transitional album between his ambient techno and drill and bass phases. If you’re doing a full discography run, or are a big fan of this type of music like I am, listen to this. Otherwise, just skip to “Alberto Balsam”.

This is a two-and-a-half-hour ambient record with a completely untitled tracklist, and it manages to keep me engaged the entire time. This album looms over you, being both calming and slightly unsettling. While it stands apart from the rest of this discography, it is a very important release that deserves a listen.

I don’t understand why people don’t like it. It has my favorite drum beats and groovy melodies of any Aphex project and is a blast the whole way through. After a 13 year hiatus, many people saw this record as a disappointment, but I see it as a refreshingly modern take on intelligent dance music.

This is Aphex’s first record, and it sounds a lot different from his newer stuff. Acid techno and ambient techno are the genres I’d use to describe this record. It can sit in the background or be listened to with intent, and is thoroughly enjoyable either way. Something to note is that if the title is telling the truth, which has been hotly debated, Richard would have been 14 years old when he started making this album. Wow.

The cover art of Richard’s sinister grin perfectly encapsulates this album. It’s creepy, mysterious, and iconic. It displays Richard’s incredibly intricate drum programming at its finest on the first track, and ends on with the unsettling “Girl/Boy Song” followed by “Logan Rock Witch”. To be honest, this album was a massive grower. When my cousin introduced me to Aphex Twin last year, the first album I heard was Syro. Going from the jams on that record to whatever this is was a shock to the system, and it took me a while to appreciate this project because of that. When you begin to peel back the layers and see how impressive this record is, you begin to understand why this is one of the best electronic albums ever made.