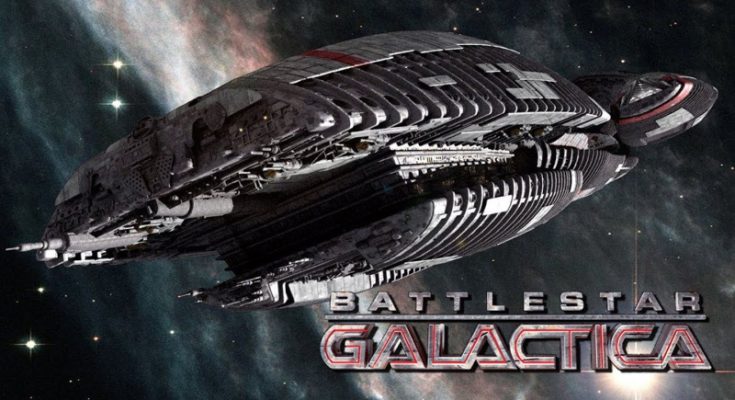 Big TV, film, and game titles, such as The Walking Dead, Agents of S.H.I.E.L.D., Outlander, God of War, and Black Mirror all require brilliant musical scores to complete them. Luckily, Bear McCreary, an American-born musician and composer, was up to the task. McCreary has received many accolades for his work from 2009 up until the present day, winning several awards for God of War, and one each for The Walking Dead, Human Target, and Eureka. Despite the breadth of his work, I’d like to dive into one of McCreary’s most noteworthy soundtracks–his work for the reimagined television series Battlestar Galactica (2004-2009).

This is one of my personal favorite shows, topped off with a fantastic soundtrack. If you’re looking for a song to motivate you to watch the series for the first time, I would recommend starting with the main theme. There’s nothing like the heavy war drums that kick in in the latter half of the piece to convey the tense, action-packed atmosphere of the overall series. And if you want a better taste of the mighty percussion the soundtrack has to offer, check out “Prelude To War” (especially 2:53-3:14), “The Olympic Carrier”, and “Wayward Soldier”.

The BSG soundtrack is pretty versatile and includes some more mellow grungy rock sounds in “Something Dark Is Coming” and “Dirty Hands”. And like most shows, BSG includes distinct musical themes for its main characters. Some of the best are found in “Are You Alive?” and “Violence And Variations”.

If you’re a music theory/history nerd like I am, you might appreciate some background and cool facts about the Battlestar Galactica soundtrack. Here are a few tidbits I’ve noticed as I watched the show:

Needless to say, I highly recommend watching this series, for the music and for the overall content. The name can be off-putting if you’re not a diehard sci-fi fan, but I would even recommend it to a casual viewer. It’s also excellent binging material, and available on Hulu, Amazon Video, iTunes, and Google Play. Enjoy!